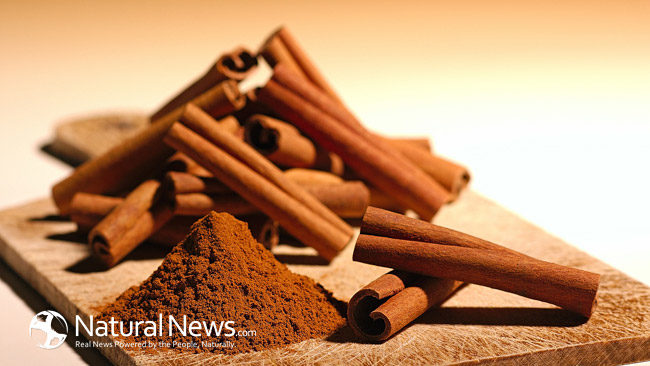 Cinnamon has become a common household spice used in everything from breakfast to dessert.  Cinnamon is also well known for its high amounts of polyphenol antioxidants, its anti-inflammatory properties and its ability to improve cholesterol, triglycerides, and blood pressure.(1)

Cinnamon is also being found to be a helpful at treating and preventing cancer due to its chemoprevention properties.

Research from Anderson’s Department of Experimental Therapeutics reviewed 41 spices to assess their impact on the formation of tumors.(2)

Studies show that cinnamon may also be useful at preventing and treating cancer!

A 2010 study from the School of Life Sciences and Immune Synapse Research Center, tested cinnamon’s anti-tumor effects and found that water-soluble cinnamon extract inhibited the growth and spread of lymphoma, melanoma, cervical and colorectal cancer. (2)

Studies show cinnamon has anti-tumor effects and inhibited the growth and spread of lymphoma, melanoma, cervical and colorectal cancer!

If you are currently battling cancer, eating a diet rich in antioxidants can help improve or maintain strength in the cancer-fighting phase of treatment.  Adding spices such as cinnamon, ginger, cilantro, and oregano can help your body in the fight. (3)

Another way to incorporate cinnamon into your diet and lifestyle is through essential oils.  Cinnamon essential oil is thought to be anti-tumor, anti-diabetic, antioxidant, and antimicrobial. (3) If you have liver disease, avoid taking large doses of cinnamon over long periods of time.  Cinnamon contain coumarin, which can cause negative side effects for those with liver disease. (2)