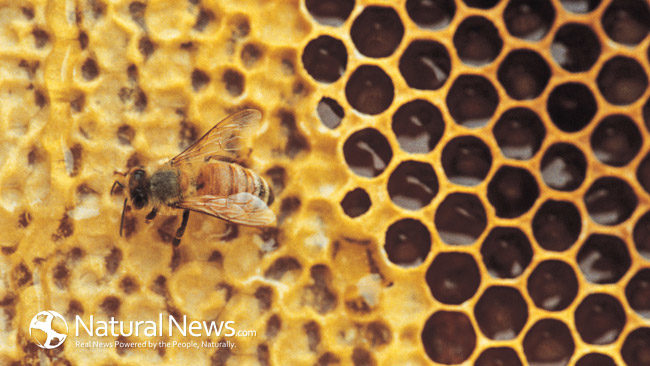 Bee propolis is the gummy substances collected by bees from the buds and sap of conifer trees and plants. Propolis was used for centuries by the Egyptians, Greeks and Romans as a safe remedy for a variety of maladies. Now modern research has discovered amazing antioxidant properties within propolis, including flavonoids and phenolic acids. In particular, recent studies have narrowed their investigations to a particular compound found in bee propolis called CAPE and the effect it seems to have on cancer.

CAPE stands for caffeic acid phenethyl ester. It is a powerful natural biological compound (polyphenol) found in a number of plants and is acquired from propolis in honeybee hives. Studies have concluded that CAPE has not only antimicrobial, antioxidant and anti-inflammatory, but cytotoxic properties as well when it comes to breast cancer and other cancer cells.

Of special interest to those with breast cancer or those wanted to prevent it is the amazing results of an in vitro study on bee propolis, CAPE and breast cancer conducted at New York University (NYU) in 2014.

The study report, published in the journal Cancer Science and Therapy, stated that “CAPE affects genes associated with tumor cell growth and survival, angiogenesis and chemoresistance.”

According to the NYU researchers, CAPE’s effectiveness on breast cancer is caused in part by its role as a “histone deacetylase inhibitor.” Histone inhibitors are enzymes which assist in the modulation of tumor suppressor genes; they have the ability to block harmful gene expression and prevent uncontrolled cellular replication, which is a hallmark of cancer growth. In fact, during cancer, tumor suppressor genes are systematically turned off.

Some synthetically-produced pharmaceutical drugs defined as “histone deacetylase inhibitors” are currently being used in chemotherapy for certain kinds of cancer such as lymphoma, as well as for some neurodegenerative diseases. Excitingly, the NYU study also found that propolis as a whole enhanced the healing potential of CAPE, restoring the normal functioning of DNA and “turning back on” mechanisms which can fight cancer. According to the NYU scientists,

The obvious upside to using CAPE in whole propolis form is that when administered in this way, CAPE can be absorbed into the body naturally, enhanced by the over 300 other phytonutrients within propolis. And, of course unlike pharmaceutical drugs, it comes with it absolutely no toxic side effects.

The 2014 study dovetailed from previous NYU studies in which bee propolis was found to interfere with breast cancer stem cell-mediation in triple negative breast cancer (TNBC) cells. These studies also found propolis to inhibit the production of Vascular Endothelial Growth Factor (VEGF). VEGF is a protein which promotes the growth of new blood vessels. VEGF is vital for fetuses and young children, who need it for their rapid development. It is also essential for repair after an injury. When VEGF occurs in cancer cells, however, its mechanisms can greatly contribute to unbounded tumor growth and metastasis.

Finally, similar cancer-stopping results have been duplicated using CAPE on lung, pancreatic, skin, gastric and glioma (inoperable brain) tumor cells.  A 2004 study on lung cancer cells conducted in Taiwan and published in the Journal of Radiation Research found that within two days of administering CAPE from propolis, 46% of lung cancer cells had been eliminated and cancer tumors had shrunk by 60%. After three days, 67% of the lung cancer cells had been destroyed.  Another study published in the journal Anticancer Drugs found that CAPE induced apoptosis “programmed cell death” of colon cancer cells in a similar fashion.

The Many Benefits of Bee Propolis

In addition to its proven effects on cancer, bee propolis has also been shown to be a powerful anti-microbial, to help prevent dental cavities and to promote healing of infections, including ear and respiratory infections.

Why take a pharmaceutical pill when research continues to point towards natural substances such as bee propolis that will do the same thing and more without the harsh side effects? Based on solid science of the last decade, it seems that bee propolis is definitely one natural substance that would be good to add to your cancer-prevention and overall natural healing toolbox.