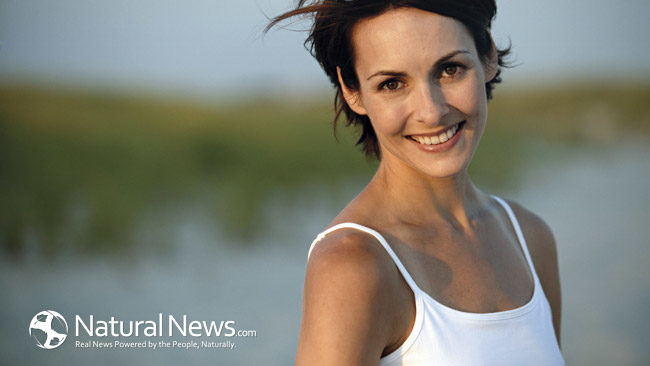 Back in 1997-99 my pap smears during my yearly gynecological exams kept coming back as abnormal. In 1999 they finally said, “There are enough abnormal cells that we would like you to have a colposcopy and have a biopsy done on your cervix.”

I agreed and went ahead and had the procedure done. They called me back and said that the cells had come back as cancerous and gave me a referral to a gynecologic oncologist.

At this time I was not nearly as knowledgeable as I am today, being only 23 at the time. What I did know was that I had an ingrained distrust of medical doctors, having been brought up with alternative healing and mostly chiropractic my entire life. I, like most, heard the word cancer and immediately thought radiation and chemotherapy. There was no question in my mind that I was not about to do that.

I threw away the referral. They called to follow up with me, I refused to answer their calls or call them back. Some would call this refusal to deal with reality. I however, did not agree with this reality.

I told my mom, who was an herbalist and a healer because I needed suggestions. I also told few close friends but not many people because I did not want or need the “oh poor Sarah” reaction.

This is when I changed my ways of eating and began doing cleanses. Being 23 at the time health really hadn’t been at the forefront of my mind, despite my upbringing. I was partying and enjoying life and wandering pretty aimlessly after getting out of a pretty rough marriage, which I had entered into far to quickly at only 18.

In ‘99 the current health craze had not really gotten going. My friends saw me getting off my ass and working out, eating super healthy, and trying every cleanse under the sun. I tried to get some of them to join me – They mostly patted me on the head saying “No thanks, but good for you!” humoring me.

Within several months I went from a little over 180lbs (most of which I had gained sitting on my butt during the cold Vermont winters eating Ben & Jerry’s Chunky Monkey ice cream and watching movies) down to 139lbs, which is what I was in high school.

Some of the cleanses were rough, I’m not going to lie – I was new to this and really had no idea which ones to do or what was good. In fact the first detox cleanse I picked was totally the wrong kind as it only cleaned out THC for drug tests and I am sure did little else. I didn’t have THC in my system to start with so that was literally money down the drain and a “read the box” lesson learned. The first colon cleanse I did looked and tasted like chunky dirt and no amount of juice mixed with it helped. From that cleanse alone I lost over 10lbs.

With every cleanse, every healthy meal, every good choice, I felt better and better and more like my self again. I had been lost for years during that bad marriage trying to save someone else and neglecting myself.

I am convinced it was that and the resentment because of it is what would have caused the cancerous cells in the first place. Cancer is on a root level the eating away at the self. Anger and resentment, it comes from holding in your feelings and not expressing yourself. The location of the cells also is telling – sexual organs speak of anger at your mate and frustration in sexuality and boy was I ever angry with Peter! But well, that’s a whole book in and of itself and a story for another time.

In finding myself again, getting rid of a toxic relationship, and giving my body the nutrients and cleaning it needed to heal, I finally did go back to the doctor for my yearly exam when it was due again 12 months later.

They scolded me when they  looked at my file. Scowling at me in disbelief that I had never followed up.

As the gynecologist examined me she seemed confused and kept looking at my chart. I asked if something was wrong, to which she replied, that she was going to take a couple of slides rather than just one to be sure (though she didn’t say of what). This made me incredibly nervous. I didn’t like that statement at all. I thought to myself “Oh god, I screwed up…..”

They told me they would call me with the results of the pap in a couple of days. I didn’t hear anything for over a week. I didn’t know what to think.

I called them and asked for my results.
”Oh says the girl; they only call if something is wrong. Ill get your chart.”
She came back on the line and said,

“Nope, Ms. Barendse, you are fine. Your pap came back perfectly normal.”

And?
That was that.
I have been completely fine every exam since.
That was 16 years ago.

I don’t consider myself a cancer survivor, or victim or really that I ever had cancer or cancerous cells – though yes – they said I did.

I actually hadn’t thought about this in years until listening to a broadcast Dr. Coldwell was on and talking about cervical cancer.

I didn’t accept or take ownership of it. It was never “my cancer”.

Thankful for my up bringing

Thankful for listening to my intuition

Thankful for my health

I am just thankful.