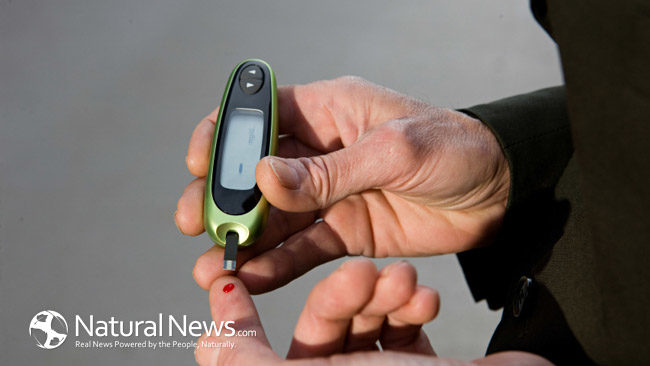 Diabetes.org highlights the fact that diabetes was the seventh leading cause of death in the United States in 2010. It’s only gotten worse since then.

You may think you’re safe if diabetes doesn’t “run” in your family. However, anyone can develop diabetes and much is determined by what you consume as a steady diet.

Last year, my doctor told me I am in the early stages of diabetes. My blood-sugar (glucose) reading was just over 170 (with normal readings ranging between 85 to 105). Unchecked diabetes can be fatal so it needs to be dealt with seriously. As a kid, becoming diabetic was a battle I seemed to always be fighting. My parents kept a very close eye on things. Now, my doctor wanted me on prescription medication.

Instead of medication, I asked my doctor if he would let me try another path. I made a plan to avoid foods that increased my glucose levels and said I would exercise more. He agreed to let me try this for a short period of time. If I couldn’t reduce my glucose levels, I would do it his way. I started monitoring my blood-sugar levels every day with an at-home reader and test strips.

1. I began avoiding foods that contained gluten and wheat. Blood tests proved that I am sensitive to both.

3. I then focused on spices I could add to my foods, researching the ones known to help reduce glucose.

Cinnamon is a wonderful spice that has this ability. Cinnamon supplements are also available though it is better to add the raw, unprocessed spices directly to your food whenever possible. Studies show cinnamon has the added benefit of reducing bad cholesterol. It is important to research the different kinds of cinnamon though as all are not equal.

Other spices like cumin, chamomile, garlic, peppermint, and even ginger can go a long way in reducing and leveling glucose readings. These spices can also reduce inflammation stemming from diabetes symptoms. However, I actually need to avoid ginger because a blood test has determined that I am sensitive to it.

Interestingly enough, while garlic has most often been noted for its ability to lower blood pressure, recent studies have shown a connection between garlic and the reduction of glucose levels.

4. If it’s too difficult to cook and add spices like these to your foods, the next best thing would be to take a supplement that includes them.

There are numerous supplements that contain the following herbs and spices:

After reducing my intake of processed sugars, adding spices to food, including more exercise to my weekly routine, and taking high-quality supplements, that was enough to reduce my glucose levels. After a month or so, my glucose levels steadily declined to just about 100. Now, several months later, I’m happy to report that my glucose levels are routinely under 100 and most often in the mid-80 to low 90 range. All of this was made possible without having to rely on prescription medications.

It may require some hard decisions on your part, but it is possible for you to control your issues with diabetes. Best of all, you can start today, right now.