How to Stay Healthy While Travelling the World: A Vegetarian Survival Guide 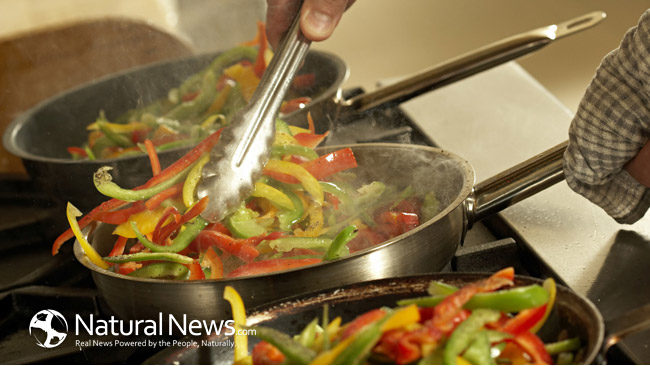 For backpackers, long-term travelers, or anyone who travels widely for work, sampling new local cuisines is one of the things to look forward to most. Who wouldn’t be enthusiastic about to trying traditional tacos in Mexico, sampling steaming-hot street food in Southeast Asia, or digging into a bowl of fresh spaghetti in Italy?

But if you don’t eat meat or fish, things can be trickier. Though the vegetarian movement is growing across the world, in many places meals still center on meat, and even the concept of vegetarianism can be met with a blank look. It isn’t easy for vegetarians to stay healthy on the road, particularly if you’re on a backpacker’s budget. Often, veggie-friendly restaurants hike their prices up, because they know vegetarian tourists will pay for a good meal.

But it doesn’t have to be so difficult. If you’re a committed vegetarian and avid traveler, here’s how to stay healthy while traveling the world.

Admittedly, this isn’t always something you can control – if you travel for work you often don’t get a say where you’re sent. But if you’re traveling independently, you have the luxury of choosing destinations where Vegetarians are spoilt for choice – and sometimes these aren’t the countries you expect.

Take Belgium, for example. While it’s not exactly known for being a veggie-friendly country, it’s also home to the city with the largest number of vegetarians per capita: Ghent. This trailblazing town is also home to ‘Donderdag Veggiedag’ – Meat Free Thursdays, an initiative created to tackle growing obesity and greenhouse gas emissions. This soon spread throughout the city, and vegetarian street maps are handed out to visitors to Ghent.

Away from Europe, there are vegetarian hotspots across the globe. India is quite simply a vegetarian’s dream: around a third of people here are vegetarian, and most restaurants have clearly marked meat-free meals. In Southeast Asia, the Buddhist culture that pervades Thailand means vegetarian meals are plentiful, and because dairy is rarely used vegans will also be in their element. In the Middle East, Israel offers a mouth-watering array of vegetarian treats, from pita bread and hummus to falafel to baba ganoush.

Do your research before you go and consider what meat-free food options will be easily available. Bear in mind that some South American countries are notoriously bad for vegetarians.

Many vegetarians I’ve spoken to shun street food, believing that it’s usually meat-orientated and unhealthy. While this is often the case (particularly in the U.S.), in many countries the majority of street-food is in fact vegetarian by default. Meat is universally expensive, and the point of street food is usually that it’s quick and cheap.

Take Guatemala, for example. This country is the darling of backpackers across the globe and offers a wide-array of healthy and delicious vegetarian street food. This is starkly contrasted against its meat-loving neighbors – Mexican street food is infrequently vegetarian and in other Central American countries, meat makes an appearance at most street food stalls. In Guatemala, you can enjoy a whole array of vegetarian street food, from empanadas to rellenitos to salads and soups.

IF IN DOUBT, ASK

Though even the idea of vegetarian food is still alien in some cultures, most people will be happy to help you out if you ask.

The local diet in much of Central America is known to revolve around simple meals of meat or fish with rice, beans, and vegetables. Take Costa Rica, for example, where the traditional meal of ‘casado’ consists of rice, beans, plantains, salad and some meat. One vegetarian traveler described how, on explaining she was vegetarian (“soy vegetarian” in Spanish), the restaurant staff happily replaced the customary meat with grilled cheese. This is a great way to stay healthy in Central and South America, as due to their reliance on beans these meals provide vegetarians with enough protein.

Bear in mind that ‘vegetarian’ can mean something else in other countries: it can refer to someone who doesn’t eat red meat but does eat chicken and fish. In Thailand, the term “vegetarian food” often isn’t understood unless you’re in touristy hubs, and asking for just vegetables – “pak” – is sometimes inferred as asking for pork. If you’re unsure, refer to yourself as a Buddhist, and it’ll be instantly understood that you don’t eat any meat.

WHEN ALL ELSE FAILS, COOK

Cooking for yourself rather than eating out in a foreign country can seem like an admission of failure for vegetarians, especially if you’re someone who excitedly looks forward to trying new food. But it doesn’t have to be that way. Head to a local market and pick up some of the oft-used ingredients there, and make a vegetarian version of one of the national dishes.

For example, you don’t have to buy fish to make a delicious ceviche; vegetarian ceviche is becoming a thing, and the blend of fresh vegetables with citrus makes an exceptionally healthy as well as a delicious meal. If you’re in Asia, replace the meat or fish in dishes with extra veg or tofu; a few tweaks to the traditional Tom Yum recipe will result in a wonderful vegetarian alternative that’s packed with vitamins.

In addition to helping you find healthy, delicious and varied vegetarian meals, traversing vibrant and bustling local markets is one of the best ways to understand a new culture. Buying fresh fruit and vegetables will always be cheap and healthy, and whether you’re on a budget or not, is a great way of ensuring you’re getting your five-a-day.

Be brave and imaginative, and you may find yourself with a new understanding of a country’s culture – as well as a lasting appreciation of their cuisine.