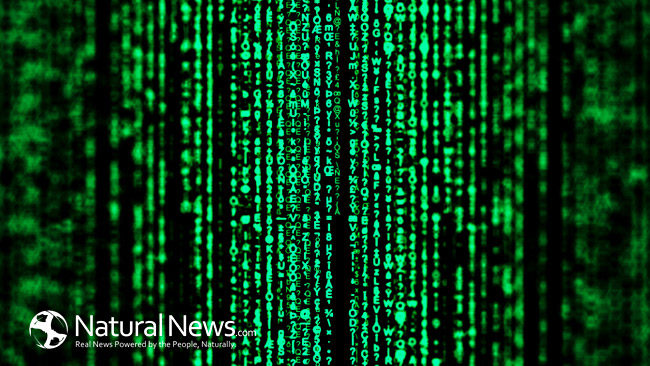 (NaturalNews) In a week that has already been rocked by one explosive government spy scandal involving the NSA scooping up phone call data and geographic locations of Verizon customers, another scandalous discovery has just erupted that’s sure to “wake up” millions of Americans who have been living in denial.

“The National Security Agency and the FBI are tapping directly into the central servers of nine leading U.S. Internet companies, extracting audio, video, photographs, e-mails, documents and connection logs that enable analysts to track a person’s movements and contacts over time,” reports the Washington Post in an explosive investigative article.

Through a top-secret program authorized by federal judges working under the Foreign Intelligence Surveillance Act (FISA), the U.S. intelligence community can gain access to the servers of nine Internet companies for a wide range of digital data. Documents describing the previously undisclosed program, obtained by The Washington Post, show the breadth of U.S. electronic surveillance capabilities in the wake of a widely publicized controversy over warrantless wiretapping of U.S. domestic telephone communications in 2005.

The types of data these services allow the government to surveil include emails, audio chats, video chats, text chats, photos, usernames, passwords, file transfers, VoIP sessions and much more. Users of Google Drive will be shocked to learn that the NSA has full access to all their private files stored on Google Drive. In effect, these services take every communication initiated by their users and turn it over to the NSA. All these internet services are operating in conspiracy with a criminal government that believes there are absolutely no limits to its power and that it can spy and snoop on all Americans.

When you are calling friends on your iPhone, or chatting over Skype, or emailing someone on Gmail or Yahoo Mail, everything you type, speak, attach or send is being systematically siphoned up, databased and tracked by the U.S. government.

This is all revealed in “PRISM slide #4,” which was leaked to the Washington Post. Here’s the slide image, just in case it gets yanked from WashPo: The collection of private user data under the PRISM program began on September 11, 2007, with Microsoft (Hotmail) turning over private emails. Every Hotmail email sent since 2007 has been surveiled and tracked by the NSA.

Here are the dates of “activation” when the NSA began collecting private user data from internet service providers:

This is detailed in “PRISM slide #5” shown below: Total bust for any remaining trust in cloud computing

Beyond all the astonishing implications of this discovery which merit a full discussion separate from this article, this revelation is bound to shatter any remaining trust in so-called “cloud computing.”

Anyone and everyone using Google applications that store files online — or using online file backup or storage services — must now assume the NSA is capturing and scanning all their files. The internet police state is operating in full force, and absolutely nothing is safe from its prying eyes… not even your photos and private files.

And while many people were aware that services like Google and Yahoo were scanning their emails in order to show them related advertising on other websites they surf, virtually no one believed that Microsoft, Google, Yahoo and AOL were systematically turning over all their private emails to the government.

That very idea, in fact, was called a “conspiracy theory” until this very day. Anyone who suggested this was taking place — like Alex Jones — was branded a loon. (Will the media now apologize to him for warning of this exact thing? I doubt it…)

But now it’s all confirmed. The government isn’t just reaching down your pants at the airport; it’s reaching into your private phone calls, emails, bank account activities, family photos, online storage files, Skype chats, Skype calls and everything else.

This police state surveillance nightmare was started by Bush but continued by Obama. Ron Fournier has penned an excellent article on this very topic, entitled Welcome to the Bush-Obama White House: They’re Spying on Us.

These revelations are so shocking that even the New York Times is starting to awaken to the reality of the police state, saying the Obama administration “…has now lost all credibility on this issue” and following that up with, “Mr. Obama is proving the truism that the executive will use any power it is given and very likely abuse it.”

The NYT goes on to call the Patriot Act “reckless in its assignment of unnecessary and overbroad surveillance powers.”

It’s right about that, of course. And it brings up an inconvenient fact that many Republicans have forgotten: All this police state surveillance expansion was started in the Bush era. It was all “legalized” in the frenzied aftermath of 9/11, which now completely explains why rogue elements working within the government plotted the 9/11 attacks and allowed them to be carried out by standing down defense forces which could have prevented it.

The real purpose of the Bush-era Patriot Act

The entire purpose of 9/11 was to thrust Americans into a state of irrational fear so that they would support even the most insane, draconian, police state laws such as the Patriot Act. Republicans were beating their war drums and cheering the passage of this law!

Now, of course, they incorrectly blame Obama for the police state. But Obama is only half to blame: he didn’t start these activities but he sure continued them. And in some ways, Obama found new opportunities to exploit and abuse government power beyond what even Bush could have imagined. The due of Bush + Obama is an absolute train wreck of criminality, spookiness and the abandonment of all rights and protections for the People.

Everybody is to blame for this. Bush supporters let this happen and Obama supporters let it ride. All along, neither party demanded the government limit its powers and abide by the Constitution. Only Ron Paul and a few libertarians carried that torch for the last 12 years, but they were shouted down by the establishment media which pretended the police state didn’t exist at all.

So don’t expect any miracles to occur when talking about dismantling this police state nightmare that smacks of North Korea: both political parties are huge believers in government abuse of power and the use of government to dominate, intimidate, censor, oppress, track and surveil innocent Americans. In fact, their entire power base depends on this.

Because if Americans were free to openly share ideas without fear of intimidation, they might discuss truly revolutionary ideas like eliminating the IRS, arresting all the war criminals in the U.S. Senate, or even marching on the White House and throwing the gangsters out of office.