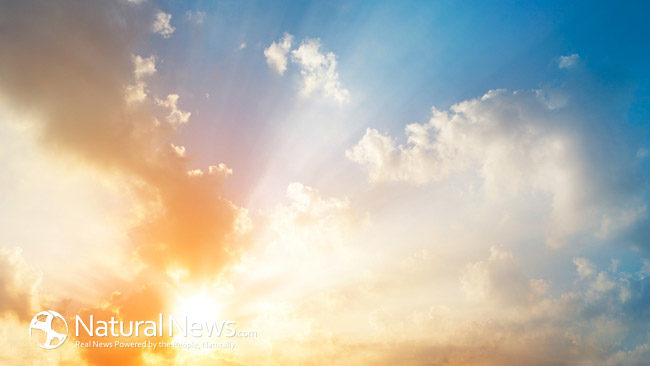 The prayers of supplication, the seeking of direction from the source of all wisdom are a call into the heart of “God” consciousness, and a laying bare of our souls. Supplication of the sovereign’s soul beseeches wisdom and patience, the strengthening of the conscience in the application of free will. Listening in the silence of the soul, one hears the voice of wisdom and reason fused without fear, into the calm certainty of the sovereign. It is as the breathing in and breathing out, and the moment of knowing stillness that lies between.

To be “in the world but not of the world” is wise counsel as a tool of discernment and intuition. It is into the silence of the cave, into the womb-like waters of transcendence that we hear our own hearts, echoing the energetic pattern, embracing what comes in and oxygenating what is circulated throughout, trusting the moment of transformative process in between. So too, our wisdom is a heartbeat of prayer and meditation, of intuition and discernment, transforming within our sovereign consciousness the certainty of conscience.

Conscience is the silent face of sovereignty and the premise on which we make decisions of free will. The foundational certainty that gives courage to conscience is constantly tested, challenged through intuition and discernment within, and assailed by false premises from without. To exercise free will, it is our responsibility to trust our process of intuition and discernment and empower our conscience with the courage to act.

To participate “in the world”, while not being more fully “of the world” however, would be to misunderstand the active purpose of sovereignty. To be sovereign in the world does not surrender the soul unto seeming separation of the world from its Source consciousness. Instead, the certainty of conscience that is honed by sovereign intuition and discernment is carried into the world and informs the awakening of sovereign consciousness throughout. It is the transcendent verification of conscience in action.

To be sovereign acknowledges that our rights to self-determination and the exercise of free will are not the concessions granted by churches, Kings or governments, but inherent in the Oneness of “God” consciousness to which we are each an integral part. There is no aspect of thought, vibration, form or creation that is not inherently part of “God” consciousness, even within the violent throws of what is perceived as separation.

The purpose of sovereignty is to guide us through the apparent separation in a process of knowing ourselves, gradually removing the veils of illusion, slavery and fear, demanding liberty to test our wisdom, responsibly and courageously standing in freedom, and spiritually evolving into fully independent and conscious reflections of our source or “God” consciousness. It is to this purpose that we are in the world and that the world will transcend beyond the process of perceived separation, through the removal of the veils of illusion, out of the slavery and the fear.

The barriers to liberty and sovereign freedom will give way as those who test the courage of those they oppress will find themselves lacking the support of their subordinate enforcers. Those among us who implement the violations against the sovereign rights of others will answer to our own consciences, honoring our own sovereign boundaries and those of others as souls in supplication unto the transcendent wisdom shared throughout “God” consciousness.

Compliance with social conditioning, with obligations contracted to service debt, and with our uncultivated ability to use our intuition and powers of discernment to empower our own sovereign consciences have molded us all into surrogates for implementing the transgressive decisions of others.

Those who bureaucratically enforce the infringements upon the rights of others with doubts about the merits of their actions, those in uniform whose consciences abhor the behaviors demanded of them in violation of their oaths, those who participate in stealing the privacy and property of their fellows under the guilty justification of contract law and deception, and all of those whose consciences are screaming to cast off their own oppression will awaken to the truth that no injustice is ever carried out except by the compliance action of surrogate transgressors. Those who dictate the imposition of violations are rarely the persons who are charged with the implementation of the crime. Rather, the transgressors demand of their surrogates, the submission of their free will. Compliance with transgressive authority surrenders the certainty of conscience to guilt ridden justifications and crippling cognitive and emotional dissonance that leaves the surrogates deeply scarred.

Accepting certainty outside of our own intuitive discernment process is dubious in its merit and remiss in its motive. Too much of the information that we have trusted to inform our decisions has been filtered through religious, corporate and political bias, or intentionally obscured from public view. Social conditioning has rewarded our distractions and inattention, shepherded our acceptance of official viewpoints and punished anyone who has dared to examine the premise of the lies. Honing our sovereign intuitions and ability to discern the truth amidst the chatter of misperception and disinformation is imperative to the evaluation of our level of complicity with our own entrapment into what is surely an insidious and systemic culture of control. It is the antithesis of the purpose of sovereignty. It is the death knell of the human spirit and an affront to the soul.

If life itself is a test of our character in the presence of corruption and belief in our own impotence, it is all the more important to know with certainty that the sovereign Oneness of our connection to “God” consciousness can never be truly supplanted by the prescribed unity-oneness and forced conformity of any form of religion, government, or culture of control. No one is rightfully obliged to serve with complicity against their own sovereignty or the sovereignty of any other. Acquiescence to the pseudo-oneness of increasingly invasive and enveloping governance postpones the process of awakening the full and sovereign consciousness within us as individuals, communities, nations and international neighbors, perpetuating the suffering and enslavement of humanity and the further degradation of our Mother Earth on which we so depend.

But no postponement is necessary as our hearts continue to embrace this world and our sovereign interactions within it. We can no longer abide by the demands of transgressive corruption or the encroachment of a culture of control. As we learn to trust our process of intuition and discernment, as we inform our sovereign free will and our behavior with certainty of conscience, the transformative wisdom of stillness and knowing will awaken the full sovereignty of consciousness and guide us toward true and sovereign freedom.