The Solution To Antibiotic Resistance 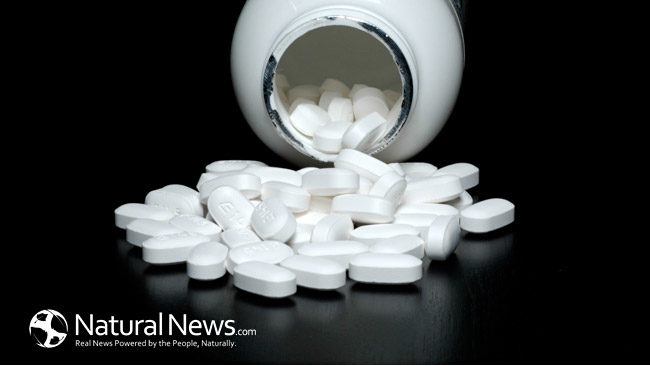 Each year, antibiotics resistance kills over 2 million people worldwide. Despite years of warnings from government and world officials, antibiotic prescription rates have continued to increase over 40%. The solution to antibiotic resistance is to take antibiotics out of the hands of the physicians who prescribe them.

In spite of global warnings about the coming end of the “Antibiotic Era”, and antibiotic-resistance soaring to become one of the TOP three threats to human health on the planet, some MDs have continued to prescribe antibiotics to as many as 97% of the patients they see! Justified? Hardly. Insane? Yes.

Over 2 million people die each year as a result of antibiotic resistant infections. That’s more deaths than AIDS globally. Physicians blame patients for this, but it is only physicians that can write a prescription. Regardless of how much a patient may ask and plead for antibiotics, it is the physicians duty to accurately prescribe antibiotics as needed.

The majority of physicians pass the buck and blame the patients. What they’re really stating by blaming the patient is that they, the physician is either so inept and incapable of being able to accurately determine when antibiotic use is justified, or they’re just in it for the money and too busy to perform their professional duties.  Anyway that you look at this situation, the MDs don’t come out looking good.

In 2003, the FDA took a stab at the problem by mandating that physicians first culture an infection to determine if it was truly a bacterial infection, and then perform susceptibility testing to determine the best antibiotic to use. Physicians balked at this federal mandate and kept prescribing them at will, no culturing and no susceptibility testing.

The solution for antibiotic-resistance is to take antibiotics away from MDs, DOs, NDs, and DDS. Until then, more and more people will continue to die. It is the only way to curb runaway prescribing practices that government and federal authorities have not been able to correct. Unfortunately, this is probably not going to happen, which means that the public is going to have to save the day.

What happens if they can’t rely on MDs and other prescribaholics? They turn to holistic medicine, a much safer and better choice. They take better care of themselves. They’re more proactive about their health. They eat better. In the end, they’ll be healthier, and medicines unjust monopoly will be broken.

At that point, medicine will come running and apologizing, and say that they’ve improved their ways. By then however, everyone will have learned that they are ultimately responsible and capable of handling their own health.

Who knows if this will really happen, so let’s look at some current consequences and choices.

If you take an antibiotic without insisting that the doctor culture the infection to determine if it is indeed a bacterial infection, and then submit it to susceptibility testing to determine which antibiotic is most effective, you will have played a role in the death of someone down the road. Perhaps, a child. Perhaps a loved one. Someone will pay for allowing an MD to prescribe an antibiotic without following the guidelines established by the federal government. MDs obviously don’t care enough to stop this practice. It’s up to everyone else.

Will you care enough to save another life?