Solar vs. Wind Power: Which Is the Power Of the Future? 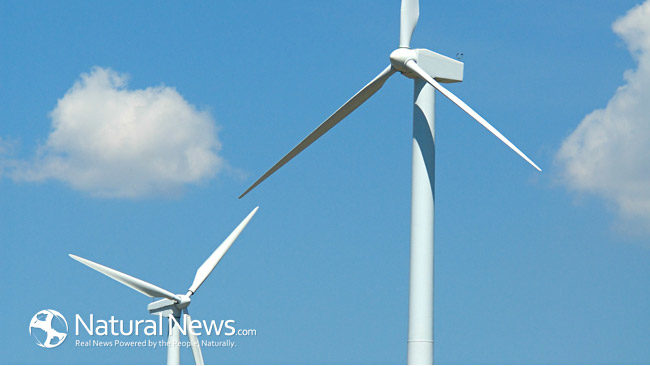 Anybody who has an interest in renewable energy knows that the two biggest and most promising resources are solar and wind. In both large cities and small towns, you’re likely to come across solar panels gleaming on a house roof or giant wind turbines turning slowly in the distance. It’s no surprise that these two resources have emerged as the forerunners in the race to find a sustainable solution for energy; both wind- and sun-based power are clean, renewable, eco-friendly, and produced in a seemingly inexhaustible supply.

But if you’re looking for a clean energy source that has the brightest future, which would be the right choice: wind power or solar power? There are cost differences for each source, not to mention future projections for how the technology of both could advance. If you’re looking to make an investment in clean energy – for both your home, and the future of the planet – which would be the more sound choice? Let’s take a look at it from a few angles and explore the differences and benefits to each.

The Costs of Sun vs. Wind

Not too long ago, the idea of harnessing the power of the sun or the blowing wind to create energy was something out of science fiction. But given the planet’s rapidly-depleting oil supply – as well as the fact that traditional fuel sources have contributed greatly to global warming and climate change – anybody even remotely concerned with the future of our environment thought that there must be a better way.

In this case, necessity has bred invention – both solar power and wind power have since become well-known clean alternatives to burning fossil fuels. Cities are beginning to set up wind farms and solar farms as a way to power buildings and homes, and individual homeowners are starting to invest in solar technology to provide them with clean energy.

Therein lies the first difference: If you’re a citizen, you’ll have more luck installing solar panels on your property than you will a private wind farm. First and foremost, solar technology is becoming more affordable for everyday homes. A glowing op-ed at the Courier-Journal in Louisville speaks happily of the effectiveness and low price of solar panels:

“Our 14 solar panels generate 105% of our electricity, take up less than a quarter of our roof space on our … house. They took three hours to install and three hours to hook up to LG&E’s grid. After the federal tax credit they cost us $9,220. That means no monthly electric bill for as long as they last and they came with a warranty of 25 years – with an expected lifespan of more than 40 years.”

The author credits the 2013 drop in prices for making solar tech an affordable choice for home energy, and extols the virtues of solar power when it comes to lessening one’s carbon footprint on the Earth.

When it comes to wind power, however, technology seems to be a long way from adapting it to individual household use – particularly if you’re not located in a rural area. “Even though the cost of wind power has decreased dramatically in the past 10 years, the technology requires a higher initial investment than fossil-fueled generators,” states the U.S. Department of Energy. The website also notes that you’ll need a remote location for the wind farm, plus transmission lines must be laid down in order to get the energy in to a city.

When we look to the future, it becomes clear that the forerunner in the race to find a clean energy source might be solar, and on a simple factor: necessary size for installation. Many of us have seen the size difference between a solar field and a wind farm, and trying to mentally scale a wind farm down to something that’s feasible for household use is fairly difficult.

Indeed, the biggest hurdle that wind power must overcome is the amount of space that the turbines need. Unlike solar panels, which can be set up anywhere that faces the sun, wind turbines require a large amount of space between each turbine in order to operate properly. An article at Energy & Capital notes that wind farms also typically need to be spread out in order to pipe their energy into populated areas, and the process of putting down direct current lines across rural land and several states can cause billions of dollars. This investment is something that makes many government officials hesitate – although wind power is a great source of clean, renewable energy, its cost of installation and maintenance may surpass its benefits.

An article in the Pacific Daily News cites Guam as an example – although wind farms might be a viable asset on the island, there’s concerns with the space needed for turbines, plus the necessity of a steady flow of wind for maximum efficiency. Add the threat of natural disasters, and the project might be over before it begins. Although wind power seems like the perfect solution for renewable energy, the setup can be cumbersome, and wind farms are not suited for every location.

Now consider solar panels. Solar technology is making panels smaller and less noticeable all the time, and with the current leaps and bounds made by technology, it won’t be too long before solar panels become even more ubiquitous – and far more affordable than a wind turbine. A piece from the Climate News Network reports that as solar panel prices have begun to fall, solar energy is turning into even more of a cost-effective solution. “The price of solar panels has now fallen so far worldwide that, in sunny climes, they can compete on cost with any other form of energy generation,” says the article, and discusses a huge solar farm set up in the American Sun Belt that “produces as much power as a large coal-fired plant.” The US Navy has already bought in to a solar farm in Arizona, and hot on the heels of the US federal government investing in solar energy, India is purported to be using government land as a site for the world’s largest solar plant in 2017. As more and more countries begin to invest in solar power, both government and individual citizens alike are realizing that the sun’s energy could be the solution to cutting out fossil fuels.

The Future of Energy Will Include Solar and Wind Power

Although you can’t go wrong in choosing renewable energy over fossil fuels, if you’re looking for a more easily accessible – and easily installable – solution, it’s far more likely you’ll pick solar panels over wind turbines. Given that solar energy has already been scaled down to household use, its emerging popularity will create even more of a market, thus advancing its technology more quickly. Wind turbines may be a good large-scale source of energy, but it looks as though solar energy may corner the market on renewable energy in the near future.

Do you agree that solar energy is the best source of renewable power, or do you think wind energy will continue to evolve? Let us know what you think in the comments.

Sam Alkass is a firm believer in solar power and its valuable impact on the future of our planet. Sam helps others generate their own clean, green energy while minimizing environmental pollution. For more solar news and tips, follow his Facebook.