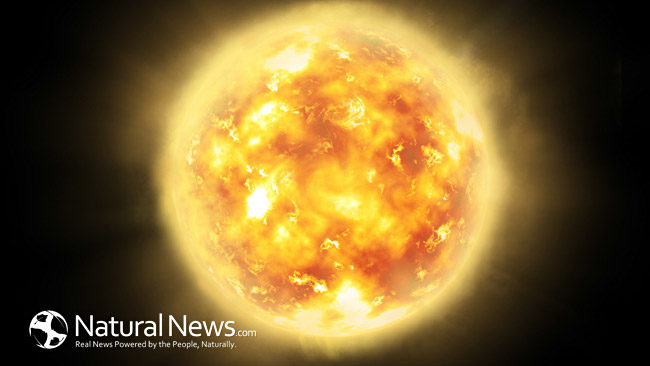 The weakening of the Magnetosphere combined with the current Solar Maximum has forced many experts to come clean and to go public about their worst fear: The Solar Kill Shot.

Every 100 to 200 years the Sun releases a mass amount of energy capable of destroying mankind’s electrical grid and communications networks. This event has been observed before in previous times but not until the past few decades has such an event created so much potential danger for daily life. This is because humans today are more dependent upon the electrical grid than they have ever been throughout history. A mass amount of energy released from the Sun, or a Solar Kill Shot, has the ability of hindering the whole of society for years to come and even cause upwards of $2 trillion in damage.

Activity from the Sun is nothing new. In fact, NASA and NOAA, as well as many independent researchers around the globe, continuously monitor the Sun in order to perceive when a Coronal Mass Ejection (CME), Solar Flare, or Plasma Filament may have a potential hazardous effect here on Earth. When Active Regions on the Sun are identified positive and negative magnetic polarities are closely watched in order to predict possible flaring from Sun Spots. When flaring does occur solar wind speed and density is then measured to determine arrival time if the ejection is in the direction of Earth. Once solar wind speed and density has been determined than possible geomagnetic interference is predicted and/or observed via the Kp Index.

The closest mankind has ever seen to a Solar Kill Shot was observed in 1859 during the Carrington Event. A mass amount of energy from the Sun disrupted telegraph communications and even set some telegraph lines on fire. Although the event did little to disrupt the daily lives of members of society the event was still noticed because of the high amount of energy that arrived through the Earth’s magnetic poles overcharging the Auroral Electrojet. This caused the Aurora Lights to be seen globally and even to be visible during broad daylight.

Today however, is a different story. Mankind has become so dependent upon the electrical grid that if a mass energy output from the Sun were to occur, such as a Solar Kill Shot, the majority of society would be left defenseless and without power. Mass riots, looting, and violence would ensue as well as diseases would run rampant due to the lack of running water. Although a Solar Kill Shot is unlikely NASA has nevertheless noted that there is a 10 percent probability of such an event occurring within the next decade. Not to mention Earth’s Magnetosphere has weakened by 10 percent since the Carrington Event creating additional vulnerability for Earth regarding future Coronal Mass Ejections, Solar Flares, and Plasma Filaments.