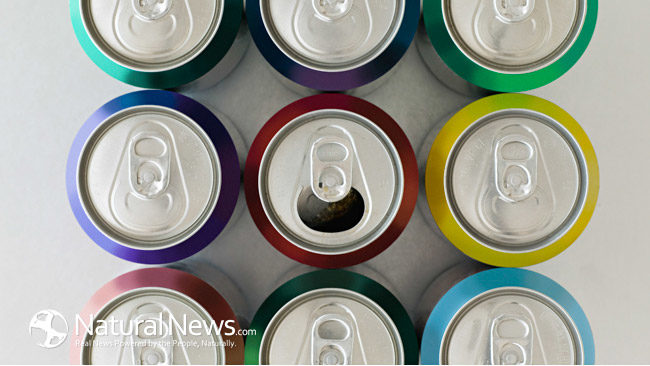 A study recently published in British Medical Journal found that soft drinks increase risk of congestive heart failure in men. The 12 year study monitored eating and drinking habits of 42,000 Swedish men and revealed that those who drank at least 400ml of soda per day were 23% more likely to develop congestive heart failure. The average can of soda is 330ml.

Heart failure is a process where the heart’s ability to deliver oxygen rich blood throughout the body is progressively diminished. Dr. Roberto Bolli, chief of cardiovascular medicine at the University of Louisville said, “Patients with heart failure are severely limited in their ability to perform daily tasks, they get short of breath for even small efforts like walking one block, or sometimes even walking inside their house.” There are an estimated 6 million people living with congestive heart failure in the United States today.

Dr. Susanna Larsson who co-authored the study said, “The takeaway message is that people who regularly consume sweetened beverages should consider limiting their consumption to reduce their risk of heart failure.” Doctors who reviewed the study agreed that avoiding consumption of soft drinks should be considered one of many preventative strategies for congestive heart failure. Soft drinks have already been linked to several risk factors for heart failure including obesity, metabolic disease, high blood pressure, and diabetes, but researchers say this is the first study to directly link soft drinks with heart failure.

Earlier this year the UK Government’s Scientific Advisory Committee on Nutrition urged adults to reduce sugar consumption to less than 30 grams or seven teaspoons per day. These new findings are being leveraged by The British Medical Association and several supporting agencies to encourage the UK Government to establish a sugar tax on sweetened beverages.

Researchers cautioned that the study did not take women, various ethnicities , or younger age groups into consideration and findings may vary in those populations. They also suggested that consumers focus on improving overall lifestyle and eating habits. Here’s a final thought from Professor Francesco Cappuccio of the University of Warwick, “The persistent focus on a single ingredient or product is neither helpful to consumers nor based on evidence of the importance of a balanced diet overall.”