So Doh! Aggression, attention, and withdrawal behavior problems in children linked to soda 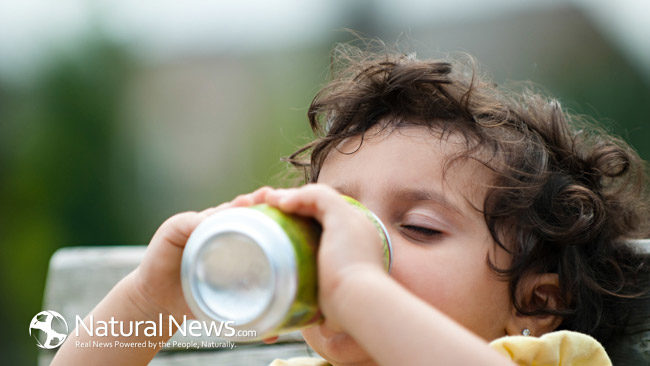 That soda consumption is linked to obesity and diabetes is not news. Neither is drinking soda’s association to aggression, depression, and suicidal thoughts in adolescents. What is new is the finding that children as young as 5 years old drinking sugar-sweetened soda are showing increased aggression, difficulty paying attention, and withdrawal behaviors than those not drinking the carbonated beverages.

According to a new study in the Journal of Pediatrics (the international per-reviewed journal that advances pediatric research), researchers from the Columbia University’s Mailman School of Public Health, University of Vermont, and Harvard School of Public Health assessed approximately 3,000 5-year-old children enrolled in the Fragile Families and Child Wellbeing Study, a prospective birth cohort that follows mother-child pairs from 20 large U.S. cities. They found that 43% of the children consumed at least 1 serving of soft drinks per day, and 4% consumed 4 or more, along with these startling and significant relationships between soda consumption and:

What is making soda-drinking kids so unruly? The study authors posited that “soft drinks are highly processed products containing carbonated water, high-fructose corn syrup, aspartame, sodium benzoate, phosphoric or citric acid, and often caffeine, any of which might affect behavior”.

They also found that the children’s “aggressive behavior score increased with every increase in soft drinks servings per day.”

Behavior analyst turned blogger, Megan writes about parenting tips using the best practices of behavioral psychology at behavioral CHILD and about life in general, and hers in particular, at megan BLOGS. Read more about Megan Broutian here. Have a behavior or child development question? Ask Megan at contact(at)meganbroutian(dot)com.