Sniffing Rosemary Can Improve Memory By 75% 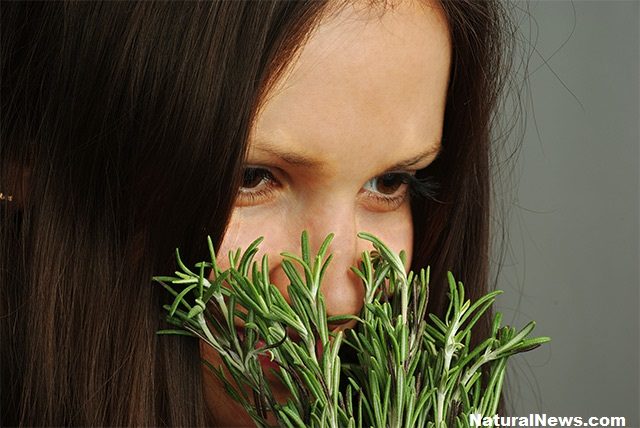 Rosemary is one of the oldest known medicinal herbs. It has innumerable uses in both the kitchen and in herbal medicine. Both the leaves and flowers of rosemary have been used medicinally for thousands of years to improve memory. Shakespeare was right in saying rosemary can improve your memory.

Rosemary Protects The Brain From Damage And Aging

Some memory loss is considered a normal part of aging. Rosemary protects the brain in a variety of ways to minimize damage and slow down the rate of brain cell aging. It increases blood flow to the brain, which in turn supplies the brain with more oxygen and nutrients.

Rosemary contains carnosic acid, which fights off free radical damage to the brain. It contains  natural acids that help in protecting the body`s cells and DNA from free radical damage. The compounds in rosemary herb are said to prevent the breakdown of acetylcholine, which is a chemical that induces the brain cells that are responsible for memory and reasoning to communicate with one another.

Smelling Rosemary to Enhance Your Memory

How To Use Rosemary

There are many different ways to start boosting memory with rosemary. Place three to four drops of rosemary essential oil on a tissue and enjoy as the smell wafts through the air. (1) (2) (3)

Some Other Uses & Benefits Of Rosemary Essential Oil

Shocking Study: E-Cigarette Vapor Kills 85 % of the Cells in Your Mouth