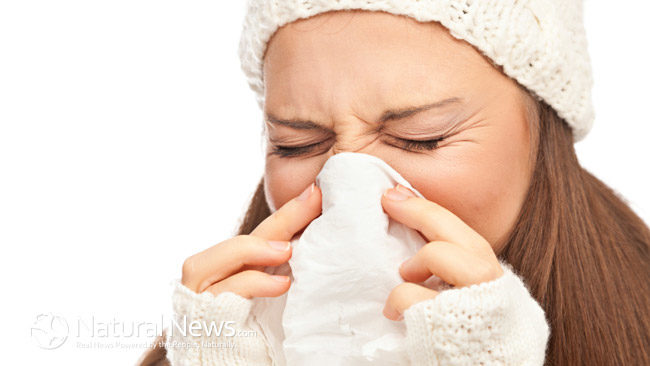 The technical term for sneezing is “sternutation”. This involuntary action occurs when the mucus membranes (lining) becomes irritated in the nose and throat. There are a number of triggers that can cause a sneeze. The most common culprits are symptoms arising from a cold, flu, or allergies. Environmental triggers include pollen, dust, strong odors, pepper, powders, change in temperature, pet dander, mold, looking into bright lights, and dry air. The act of sneezing clears the nose of bacteria and viruses. When something foreign enters the nose, the brain signals the throat to close quickly as well as the eyes and mouth. The chest muscle quickly tightens, while the throat muscles relax. This causes air with saliva and mucus to be forced out of the mouth and nose….SNEEZE. This action releases up to 100,000 germs into the air while traveling at about 100 miles per hour. Your sneeze releases those irritants back into the air, so that is why covering your nose and mouth is important.

There are some interesting circumstances when it comes to sneezing. For one, have you ever sneezed in your sleep?? No, because your sneezing nerves sleep when you sleep. Did you know that iguanas sneeze more than anyone?? This is due to their digestive system in which a sneeze allows them to release excess salt they are prone to having.

There are many myths about sneezing. To begin, your heart does not stop when you sneeze. The chest constricts itself and blood flow is momentarily constricted, but the heart doesn’t stop. The rhythm might change then return to normal, but you don’t die and come back to life after a sneeze. Sneezing is not a near death experience. Although it common to say, “Bless you”, after a sneeze, the person will still live.

Sometimes you may only sneeze once or you might sneeze two, three, or many times. You will keep sneezing until the lining of the nose is clear. How loud you sneeze is just like burping. It’s really up to you to control the volume.

To help avoid these eruptions from your nose, learn your irritants and think about what might have caused you to sneeze two or three times. Plugging your nose or saying a funny word like “pickles” might stop a sneeze, but your body is trying to get something out of your system. It’s best to let the sneeze erupt rather than doing something like plugging your nose and bursting your ear drum. Be polite and cover your nose and mouth then wash your hands. The world is germ filled, and the only way we can help stop this spread is to keep our germs to ourselves as best we can.