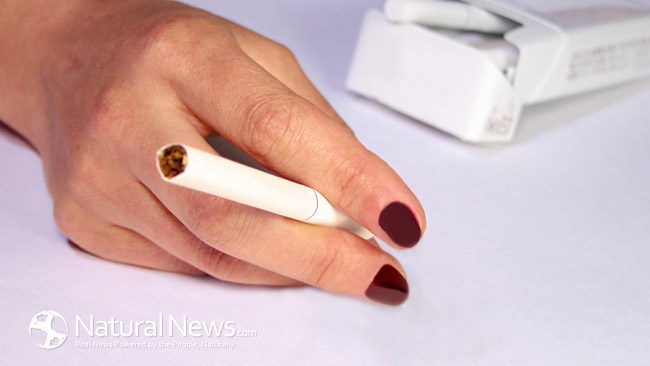 Children born to mothers that smoke during pregnancy are more likely to develop schizophrenia, according to a new study.  This recent study was conducted by Columbia University’s Mailman School of Public Health, Columbia University Medical Center (CUMC), New York State Psychiatric Institute, and colleagues in Finland.

The team of researchers suggest that there’s an association between smoking during pregnancy and an increased risk of schizophrenia in children.

Smoking During Pregnancy and Schizophrenia

A group of researchers evaluated close to 1,000 cases of schizophrenia and matched controls among offspring born in Finland from 1983 to 1998.  The results showed that an increased nicotine level in the mother’s blood was associated with an increased risk of this serious mental disorder among their offspring.

Alan Brown, MD, MPH, senior author and Mailman School professor of epidemiology and professor of clinical psychiatry at CUMC, provided the following brief comment about their study in a press release, on May 24.

“To our knowledge, this is the first biomarker-based study to show a relationship between fetal nicotine exposure and schizophrenia.  We employed a nationwide sample with the highest number of schizophrenia cases to date in a study of this type.”

Researchers evaluated data from a large national birth cohort of pregnant women who participated in the Finnish Prenatal Study of Schizophrenia and their offspring from the Finnish Maternity Cohort.  The team of researchers were able to identify 977 cases of schizophrenia among offspring.

Mothers of both groups of the children provided blood samples in the first trimester and early second trimester of pregnancy.   The blood samples were analyzed for the presence of cotinine — a biomarker of nicotine, which is used to verify whether the expectant mothers were exposed to tobacco smoke.

The researchers found that an increased level of cotinine in the blood samples of pregnant mothers was linked with a greater risk of schizophrenia among their offspring.

Dr. Brown added the need for more education about the risk of smoking during pregnancy.

“These findings underscore the value of ongoing public health education on the potentially debilitating, and largely preventable, consequences that smoking may have on children over time.  Finally, it is of interest to examine maternal cotinine in relation to bipolar disorder, autism, and other psychiatric disorders.”

In a previous study reported in the American Journal of Psychiatry, Dr. Brown and colleagues found that the offspring of mothers who reported smoking during pregnancy have an increased risk of bipolar disorder.

The team of researchers published their recent study and new findings in the American Journal of Psychiatry. This study provides the best proof to date that smoking during pregnancy is associated with schizophrenia.