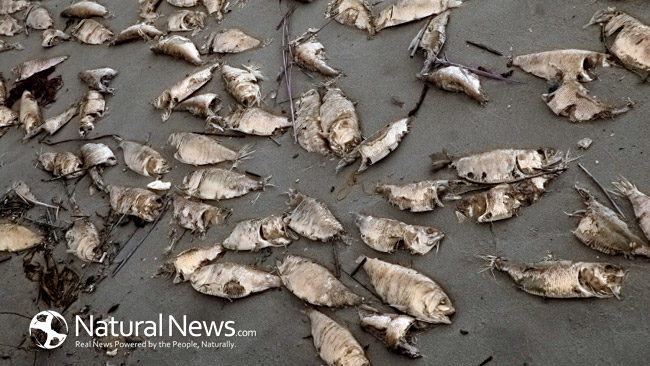 What is sewage sludge? It’s not easy to define – it could be any mix of toxic pollutants that are legally piped into the sewage treatment plant. Imagine a big city with hospitals, schools, food processing plants, hotels, auto repair places, funeral homes. Just look at the Yellow Pages for any major city and you will get the idea.

An infectious outbreak of antibiotic resistant bacteria at the city hospital will not mandate cutting it off from the municipal sewage pipelines. Dumping of embalming fluid, a constant flow of cosmetics from a spa salon, used mechanical oil or an illegal disposal of lead based paint – all are perfectly legitimate examples of what ends up in the wastewater processing plant. This is where this potent toxic soup is “treated” and transformed from sewage sludge to the “beneficial biosolids”. But let’s back this story up a bit.

Up until the 1969 the disposal of sewage sludge was a relatively simple matter – it was dumped into the rivers and lakes all across the country. What happened in 1969? Cuyahoga River in Ohio that feeds into the Lake Eerie bursted into flames, a result of enormous amounts of oil and gasoline debris. This incident was not the first one, there were at least 13 reported fires on that river; a body of water for decades devoid of any aquatic life. The last fire motivated Congress to form the EPA and the first legislation was the passage of Clean Water Act in 1972.

Thousands of sewage treatment plants were built, so the hazardous waste formerly dumped into the rivers and lakes was now redirected to those facilities. The resulting product – “clean” water – was dumped back into the environment and sewage sludge. The not-water part of that waste was dumped into the ocean.

Sludge was considered a hazmat, deemed as such by the EPA and not surprisingly – ocean dumping of sludge had detrimental effects on the marine ecosystem.  As a consequence of that realization – the Ocean Dumping Ban Act came into effect in 1988 and complicated matters for the waste industry.  Incineration was not an option with the promulgation of the Clean Air Act in 1990 and so the soil was the only remaining part of our environment where the sludge disposal was permitted. The issue at hand became – public acceptance.

THE INVENTION OF BIOSOLIDS

The EPA removed sludge from the list of hazardous materials and hired a public relations firm to reinvent the concept of sludge land disposal.  And so the word – biosolids – was born.

From a dreadful waste, treated sludge morphed into a “natural fertilizer”; an economically efficient option for all farmers who want to reduce the cost of farming operations. State agencies, municipalities, waste management companies and sludge distributors were there to lend a helping hand delivering the “natural fertilizer” to the farmland at no cost to the farmers. Truly; a win-win scenario.

Federal guidelines regulating the application of treated sludge on agricultural land took effect in 1993 under the authority of EPA and Clean Water Act:  Title 40 of the Code of Federal Regulations, Part 503. The science behind the 503 rule is based on outdated research data, collected well before many pollutants and toxins present in sludge today were identified or even invented. Biological pathogens; bacteria, viruses, mold, prions, then toxins, heavy metals, endocrine disruptors, pharmaceuticals,  PCBs, nanoparticles, flame retardants. The list of “bad stuff” lurking in biosolids is long and far from complete. Yet, the EPA mandated testing requires checking an infinitely small fraction of that load. Only 9 heavy metals, 2 species of indicator bacteria and then phosphorus and nitrogen levels are ever tested.  60% of sludge produced nationwide is applied to farmland as fertilizer, but only a small percentage is tested for those few abovementioned ingredients. Testing that is actually performed is conducted on “composite samples”. It simply means – if it doesn’t come up right, keep trying. Too much arsenic in a sample? No problem, let’s test more samples ‘til the average goes below the allowable limit.

What is the difference between sewage sludge and biosolids, one might ask. Maybe indeed sludge is full of toxins, but when it’s dewatered and treated and becomes biosolids, its safe? Sadly, the answer is – NO!

Biosolids is a name given to sewage sludge that went through the wastewater treatment; what is left after the water is removed from it. The treatment consists of  first dewatering and then usually adding a thickening agent (polymers), then a component to raise the pH, for example a cement kiln dust ( a pollutant itself). The sludge could also be heated as a part of the thermal treatment.

It is obvious that all those steps do nothing to reduce the amount of toxins and pollutants present in the treated sewage sludge aka biosolids. The sludge, now deemed safe and “beneficial” – is spread on the farmland as a “fertilizer”. In reality, it’s a concentrated mix of hazardous waste, containing a myriad of unknown and unmonitored components detrimental to human and animal health and to the natural environment

Biological agents that were reduced to a various extent during the “treatment” – many of them come back to life. Hence the putrid stench that this “natural fertilizer” emanates after a few days in hot sun and an occasional rain shower that adds water back into the mix. A heavy downpour will wash some of its ingredients into nearby ponds, streams and creeks. Eventually those pollutants will find their way to a larger body of water. If the weather is hot and dry – land applied sludge will dry in the sun. Wind gusts will now carry airborne pollutants and toxins to neighboring homes, crop fields, bodies of water, etc. What stays in the soil will eventually be absorbed by the plants that grow on the biosolids amended soil.

The emergence of treated sewage sludge as a fertilizer was the result of several social, economic and environmental circumstances. Something had to be done with this undesirable byproduct of civilization. By a long chain of trial and errors – a system was devised to manage this liability. Land application is by far the least expensive way to deal with sludge. Alternatives like energy or resource recovery, biofuel production – require sophisticated and expensive technology and infrastructure. Some developed countries already are employing those methods with great success (Switzerland, Japan, Norway).

The United States is a vast country, with a wealth of rural farmland, often sparsely populated. At the same time – we are a major producer of sludge. Those two facts are major predisposing factors to the emergence of a concept of sludge as an asset.

I’m not advocating a conspiracy theory. The current situation is unlikely a result of premeditated, sinister plan. There is no Dr Evil in charge of the biosolids industry.

But there is a powerful alliance of those who built their careers on selling the sludge to the uninformed public. Scientists whose entire careers were created by writing enthusiastic “research papers” about the benefits of a new natural fertilizer with an abundance of nutrients promoting plant growth. Research paid for by the biosolids industry. Federal and state officials build their careers creating, promulgating, enforcing and encouraging policies and guidelines of land sludge application. Wastewater industry executives who embraced the new “environmental” aspect of their operations. Now they are producers of a wholesome natural resource, rather than a gross, toxic byproduct of the plant operations. Farmers and land owners found a very economical way of “fertilizing” their land; it’s delivered to them free and is “natural, beneficial and nutrient-rich”! They faithfully adopted the industry promoted slogan – “We are the stewards of the land”. And if some have doubts about this stewardship; there is an eager, well retained army of lawyers to adjust their attitude.

A coalition of interested parties was born, alliances were forged, deals were made, infrastructure was built, policies were modified and administrative processes were streamlined.

The landscape previously seemed like random dots of sludge. But view it from just the right angle and you will see a powerful coalition, ready to defend and protect the status-quo.

Special thanks to Dr Caroline Snyder for her helpful suggestions.