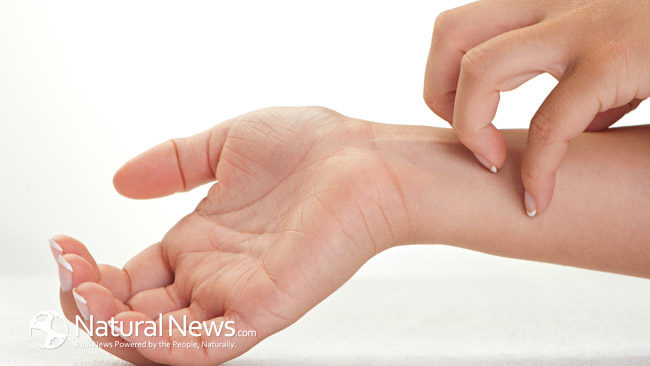 A variety of skin conditions, including psoriasis, eczema, and Red Skin Syndrome, are currently being brought under control by those using the herb, kratom. Kratom is a botanical derived from the leaves of the tropical tree, Mitragyna speciosa korth, which is commonly used as an ingredient in artisanal soaps, lotions, and salves, and in which the leaf powder is also taken as a tea, in capsules, or mixed in food and beverages. By whatever method kratom is applied, the results of those whom conventional drugs have not helped are simply astounding.

Kratom, interestingly, has traditionally been used topically among the native people where it grows as a treatment for skin conditions and as a poultice for wounds. We know that kratom’s alkaloids provide antibacterial, antiviral, potentially cancer-preventive, and generally immunostimulant properties. We also know that these properties can be transmitted transdermally, that is, directly through contact with the skin of the user.

In addition, most of those interviewed for this article also consumed kratom orally. We also have heard positive results from those suffering ulcerative colitis, IBD, and related intestinal issues, so this might help to shed light on a possible cause for these seemingly unrelated maladies.

Medical doctors and dermatologists don’t seem to have a firm grasp on what is causing these diseases of the skin. They do agree that there is no cure for eczema and psoriasis. It is of interest, however, that some of the medications prescribed are known to make all these skin conditions worse.

If doctors don’t have a clear idea of what causes these common skin conditions, how can they hope to treat them effectively?

Let’s look to the Naturopathic philosophy of medicine to find some more satisfying answers as to why these skin diseases are occurring, so that we can better understand why kratom is producing such apparently positive results:

Dr. Joel Wallach, a Naturopathic physician who was trained as a veterinarian, a pathologist, and a medical research scientist, points out that, “Eczema is usually the result of food allergies, especially cow’s milk, wheat, and soy.”  Wallach goes on to say that eczema is not only a cosmetic problem, but that the same damage seen on the skin is also occurring in the intestinal lining, “which can lead to malabsorption, lowered immune status, and chronic degenerative diseases.” This connection with nutrient malabsorption would help explain some of the other conditions those with skin diseases are suffering. No doubt there may be exceptions, but this “gut-malabsorption-immune system-skin condition” connection may offer us a working explanation of how kratom is helping.

Wallach also points to gut-related issues as a causative factor for psoriasis. He makes the case that most of us are gluten sensitive — even though we may not realize it — and this is causing us poor absorption of nutrients necessary for the repair and maintenance of our health. Skin conditions are merely the obvious sign of internal digestive problems caused by gluten’s damage to the delicate intestinal lining.

Jaime Lynn: I used to have very bad lesions covering my hands, neck and face. This was either caused by mold toxicity or Bartonella (a Co-infection of Lyme Disease), or a combo of both. I have photos and videos from way back and I cannot believe it!!! When I began utilizing Kratom, they began to heal! The various alkaloids of this plant have been a miracle for me!  [Editor’s Note: This is from internal consumption @ about 1 tsp, 2-4x daily.]

Taylor: “Myself, my husband, and my dog all use kratom soap. I have serious dry skin and my seasonal allergies often manifest themselves as rashes. My dog, Sasha, has a condition called color dilution alopecia. She is prone to ingrowns and staph infections. I was using a salicylic acid soap, but I was always worried about getting it near her eyes. Since I switched to the kratom soap she hasn’t had any infections, and even the veterinarian noticed fur regrowth. It’s fairly uncommon for dogs with that condition to have any regrowth at all.”

Betsy: “I have an undiagnosed skin condition, biopsies negative across the board. It most closely resembles psoriasis so that’s what I usually tell people instead of explaining my whole situation. On top of that I have severe skin allergies, along with an allergy to iron which when ingested helps irritate my already awful skin. I used the unscented kratom soap on my feet and it’s awesome. They get the worst especially because I’m on them at work 8 hours a day. My friend refers to it as skin rot, and honestly that’s the best way to describe it without going into extreme detail. After using the soap my feet will go an entire day without itching or burning. I don’t get that relief from anything else.”

“The kratom soap helps to relieve the irritation and the itching. The itching causes it to get infected, which is painful especially with socks and shoes on. I have had many days coming home from work that I had to wash my socks off my feet because they stuck to blood or pus from my feet being infected.”

Editor: “I assume you’ve tried everything doctors had to offer?”

Betsy: “Yes, mostly steroid creams and ointments but because commercial soap irritate it and the steroids don’t offer much relief. Using them along with kratom soap helps a lot. I did try some scented kratom soap and that was a big no no! Unscented only is best!”

I haven’t had any luck with lotions, organic or otherwise. I’m allergic to shea butter, cocoa butter and lanolin. I even bought an organic baby lotion and broke out from it. It was unscented and everything. “

Debbye: “You know, I didn’t take it for psoriasis but I have it and psoriatic arthritis – I take kratom for the pain, but if you saw what my skin looked like before I took kratom and now… I’m not sure if the kratom was what helped or not? Either way, kratom allowed me to feel better and get outside in the sunlight walking and exercising so I’m sure that helped too.”

Monica: “ I have been using kratom soap exclusively since January, my skin has never looked better.  When I do have hormonal breakouts the duration is shorter and less severe. The scents are soft and fantastic and again my skin has NEVER been softer.”

Ilana:  I have a ton of food sensitivities and my main symptom is eczema. After one application of a kratom topical lotion, my skin was completely back to normal! The dryness, itchy bumps, and redness were gone. It was really pretty amazing.

Joy: “I was never a believer in kratom soaps and kratom topical for pain. I decided to use a Kratom topical rub. I was skeptical at first but it  helped immensely with my arthritis in my fingers, tailbone, spine, and muscular pain. The kratom soaps cleared up the cystic acne I has been struggling with for 15 years. I’m never going back to prescription medications or OTC face washes. The kratom topical rub has made my biofreeze and bengay unnecessary!! I am one happy camper!!!

Nina:  My problem started off as a small rash under my armpit I was given steroids for, from then on over the years I’d get rashes in other spots and was using the topical steroid more heavily. The diagnosis was eczema/atopic dermatitis. I believe I already had RedSkinSyndrome/steroid dependence in 2009.  I just didn’t know that’s what it was so I kept using the steroids. Eventually topicals stopped working so I kept being put on Prednisone . Until 2014 after suicide attempts my dad found this website while I was in inpatient psych. I just immediately knew that’s what it was!

This video shows Nina’s heartbreaking story and her return back to health.

Nina: “The treatment of steroids suppresses the adrenal glands since you’re putting synthetic cortisone on it, essentially it causes the adrenal glands to go out of whack and not produce the correct amount of cortisol on it’s own. Two years ago, I was also admitted in the hospital and had adrenal insufficiency, so my body wasn’t able to fight it because my cortisol was too low. It ended up being a very severe case where my life was on the line and I had to be given a low dose of oral steroid to “kick start” my adrenals back in.

I used kratom (and still do) both internally and topically. I had found out from a friend of mine who said it helped pain. I decided to give it a shot since I basically had almost like third degree burns from head to toe so I was in severe pain and on no medications for it. So I gave it a shot and it helped. It didn’t take the pain away completely but at least made it bearable.

In conclusion, we have no clear understanding of why kratom helps in healing skin conditions, but — according to these and other happy consumers, it definitely works for them and it won’t hurt to try it. Leave us a comment when you have some results to report! Thanks for reading.