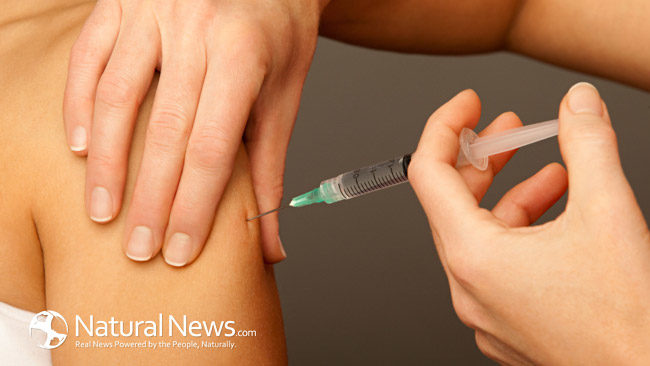 At least 6 children died within hours of being vaccinated for measles in Balochistan, a province of Pakistan that is currently seeing a separatist movement geared toward independence from Pakistan.

Different media sources have placed the death toll of the vaccinated children at 5 or 6 children on two successive days of the new vaccination campaign that started on Thursday. Pakistan Observer reported the death of 6 children, three on Thursday and three more on Friday in Qila Saifullah district of Balochistan. A number of other children, who received the measles vaccine, are said to be in critical condition.

In a video report, Samaa TV showed the footage of affected children at the hospital and their parents telling the channel that when the children were rushed to the government hospital, the doctors assumed a silence over what had happened even after completing all examinations and tests. They didn’t share anything with the parents, who suspected that the measles vaccine administered to the children was expired or tainted. Later, the concerned health officer of the district claimed the deaths were caused by diarrhea or food poisoning. There has been no report, however, of any diarrhea outbreak in the area or the affected neighborhood at the time and all affected children are reported to have fallen sick only after the vaccination.

Tribal News Network (TNN) added that the affected children were shifted from Qila Saifullah to the province’s capital city Quetta for treatment. One of the local persons, whose name wasn’t mentioned in the story, was quoted saying that one of the nine children of the affected family ran away from the vaccination, and he remains healthy and unaffected.

While the affected family and local people are demanding a probe into the incident, TNN noted that the country’s Prime Minister Nawaz Sharif has “taken notice” of the matter.

It’s worthwhile to mention here that last year, at least 9 children died from measles vaccination and many others fell seriously sick in Khyber Pakhtunkhwa province of Pakistan. The news quickly dropped from media sources and despite probes promised into the tragedy, no results were declared and one has been made accountable for the deaths that happened almost immediately after receiving the measles vaccine.

Ernest Dempsey is a writer, editor, and blogger. He has published five books and hundreds of essays, articles, reviews, interviews, and journalistic as well as creative stories around the world. He runs a popular blog Word Matters! as well as edits the Loving Healing Press blog Recovering the Self. Dempsey is vegetarian and a vocal advocate for animals, humans, and the environment.