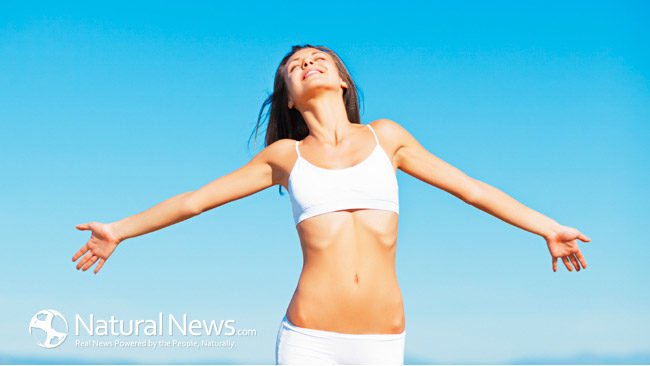 Don’t think of zebras. Ok, what just happened? Did you imagine a zebra? Of course you did. As soon as we’re told to reject, remove or deprive ourselves of something we automatically begin to obsess about that object.

And, that’s why diets don’t work.  From day one on our new diet we are told to eliminate carbs or fat or dessert or fruit or red meat or coffee and we immediately start to crave bread and cheese and cake and strawberries and a hamburger. We’re just wired that way.

So every minute we spend on our diets we’re battling our urges and feeling deprived and resentful. Eventually, we give in – usually by overeating the object of our desire — and then we feel weak and defeated. And what happens when we’re sad or depressed? We eat more.

Most dieters end up gaining back more weight than they we able to lose in the first place. In fact, a recent study of obesity in the U.S. cited dieting as a primary cause of weight gain. Seriously.

But, I’m here to tell you that each and every one of us can shed the extra pounds we’re unhealthily carrying around without going on a deprivation diet.

Over one year ago, I embarked on a new path of health and wellness and in the process I dropped approximately 32 pounds (and kept it off so far!) Friends and acquaintances were startled when they saw me and perhaps equally surprised when I told them how simple it was. In fact, I didn’t follow any prescribed diet, and I continued to eat my favorite – usually forbidden – foods like pasta, cake and coffee with half and half.

I started by tracking my food using the popular app, My Fitness Pal. I thought that I was a healthy eater and that my extra weight was just the normal (although unwelcome) consequences of being middle aged. After a week of tracking I observed that I was eating  more fat and sugar than I realized. After a couple of weeks, I also had to concede that ordering  in comfort food was happening more frequently too. The pizza, fried chicken, Chinese and Mexican had indeed added up.

That was a turning point for me. Sure I wanted to lose weight but on my terms too! No one was going to take away my morning coffee with half and half – which is akin to a spiritual devotion for me. Nor would I be willing to give up dessert (another sacred ritual.) Those were my “deal breakers.”

So I decided that in order to lose weight, I had to exercise portion control (learning not how to reach for seconds took some training but became easier pretty soon), start cooking more at home, learn to eat more mindfully (not grab snacks when I was bored) and crowd my plate with veggies to fill me up.

There was even a place for the fried chicken and pizza deliveries, but instead of once a week, they became more special occasion foods (like once every couple of months) which led me to enjoy them even more.

I replaced the takeout with home cooked meals. I began to appreciate the wonders of sweet potatoes, chick peas, barley and kasha, almonds and pumpkin seeds, lentils and other deeply satisfying, fiber rich foods.

After a couple of months, I had so much energy that I decided to add more exercise into my life. That helped burn extra calories in addition to adding muscle which raised my metabolic rate.

Because I have an active social life, I learned that it was easier to eat out healthfully if I planned meals beforehand. For example, a group of my friends meet at a diner once a week. Formerly that meant a turkey burgers with fries. If I arrived hungry and looked at the menu, chances were I’d probably order something cheesy or fried. So, I decided what I was going to have earlier in the day. By not even looking at the menu, I avoided the zebra trick. If I don’t read “fries” I don’t think about “fries.” So I’d order the grilled salmon, or an egg white omelet, or the chicken souvlaki with Greek salad.

But here’s the most important part: I didn’t lose weight to look good for some high school reunion or in time for swimsuit season. I wanted to lose weight to be healthier and more energetic for the second half of my life. There was no timer, there was no deadline or due date. So there’s no rush. Small, incremental changes are easier, gentler and – most importantly – sustainable over the long run.

So if you’re ready to change your body and start a healthier life, start with small steps and don’t give up your “deal breakers.”

Karen Azeez is a health coach and wellness expert who helps busy men and women lose weight, regain energy, sleep more soundly and manage stress. She enjoys cooking, writing and hiking. Connect with her on Twitter: @karenazeeznyc or visit her website: www.karenazeezwellbeings.com