Is Being Sick All In Your Head? 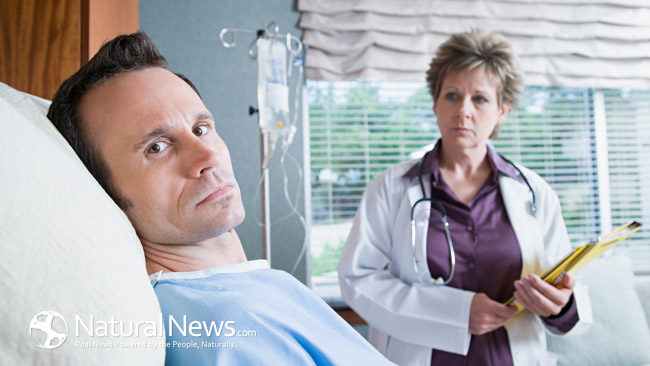 There is a chasm of knowledge that doctors face every day as patients with complex issues, and sometimes not-so-complex issues, show up in a doctor’s office with an illness that defies everything the doctor knows. At this point, the doctor can delve into the abyss of the unknown, ready to discover new frontiers, or punt and tell the patients that it’s all in their head, implying a psychological/emotional imbalance as opposed to a physical one.

Psychological issues can have a big impact on the body’s physiology and function, and the connection is well-studied and researched, but doctors are often too willing to assume that the problem must be “mental” when faced with complex issues that originate in the physical form.

It’s uncomfortable for a doctor to face his professional mortality when all of his training has taught him that he learned all there is to know, but it can be even more devastating for a patient to be told that it’s all in their head when they know that it isn’t. Leaving a doctor’s office with a scarlet “M” for mental written on their charts only adds to the problem.

As more and more people fall outside of the easy diagnostic pictures of the past, doctors must learn to embrace the unknown and find real answers to real problems.

The human body is very complex, and much about it is still unknown. Medical training prepares a doctor to address what is known, which leaves a large group of patients out in the cold. As Frank Lipman found out when he was faced with treating everyday patients, “I was shocked that my training was not very helpful for at least three quarters of them.”

More and more doctors are beginning to question the status quo of medicine and seeking answers in alternative medical practices that their patients are flocking to.

As doctors leave behind the centuries old medical model, they are discovering the answers they were seeking in diet, nutrition, acupuncture, homeopathy, and other holistic modalities.

At the same time, they are learning to question the old paradigm that placed medical dogma ahead of the patient. They begin to question and challenge the role of medications in patient care, and in doing so, open doors that were previously closed to them.

The view of antibiotics as a panacea for every illness is replaced with the awareness of the vital importance of the bacterial flora of the body in health. The downside of antibiotic use is revealed, and doctors discover that antibiotics can play a role in creating disease in the body, as well as preventing it.

A five- to seven-day course of antibiotics can destroy the entire bacterial flora within days and cause a excessive release of bacterial toxins that then induces a permanent, or “primed” state of chronic brain inflammation. With that chronic state of inflammation, a patient can experience headaches, depression, anxiety, and nervousness. If left untreated long enough, it could eventually play a role in creating Alzheimer’s, Parkinson’s, chronic fatigue syndrome, seizures and even obesity.

In the end, it might really be in the patient’s head, but for reasons a closed mind would never have seen. The once elusive cause reveals itself to the doctor who cares enough to search beyond the limits of his knowledge base.

Arjun Srinivasan of the CDC stated it best when he said, “Medicine is a study in humility, we learn every day that something we thought was true is not correct.”