Should You Trust Your Doctor? 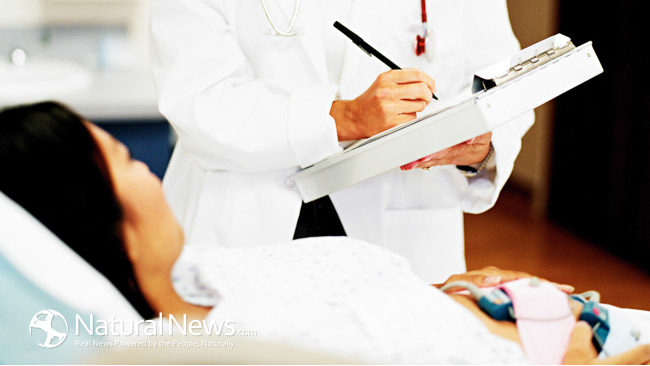 My experiences with medical doctors this past year have only confirmed my original feelings, which are that doctors have very limited knowledge of health and well being and frankly don’t really care about you outside of that 20 minute visit to their office for which they are compensated. They are nothing but paid drug dispensers whose duty is clearly to the pharmaceutical industry and their own wallet. Not their patients.

I had reached a point where I felt maybe I had become too anti Western Medicine and maybe it did have a place in my health care. I had always preferred to go the natural route, but even I have been brought up surrounded by this constant “just take a pill” society. I, like the rest of you, would love to believe that swallowing a pill could magically cure what ails me. It just simply does not work that way.

When my blood work came back that I was hypothyroid I, for once, followed the medical advice and tried the pharmaceutical drug Synthroid. This was one of the single worst experiences of my life. The first day I took it, I felt great, almost on a high. But it went down hill from there. I experienced a huge array of just about every possible bad side effect they had on record. I felt like I was going to either have a stroke or heart attack and die.

SIDE EFFECTS OF SYNTHROID:

I called the doctor and let him know I was experiencing these things. What was the advice? “Keep taking it. It takes time to get into your body and work properly.”
You HAVE to be kidding me I thought. Keep taking it? Not a chance I was about to follow that haphazard irresponsible advice. I stopped taking it immediately against medical advice.
I was only on that medication for 2 weeks. I have read horror stories of patients on it for years that have the same, if not worse experiences, yet keep taking it because their doctor has told them to.

I consulted a Naturopathic doctor and began taking Thytrophen (a natural thyroid blend) and Drenamin (For Adrenal support) from Standard Process. I began to feel better immediately and the next time I had blood work I was back in a normal range.

This past week I had the unfortunate experience of eating an apparently bad Lobster Roll. A few hours after eating it I awoke to massive intestinal cramps and diarrhea, which continued for 8 days and got to a point where I was becoming afraid of possible dehydration.

Again, having tried everything natural to no avail, I went to a medical doctor. Because of the length of time I had been already ill neither him nor I wanted to wait 4 days for a fecal test to come back. Going on the assumption it was bacteria born illness he prescribed antibiotics. I expected that to be the result of the visit and was ready to take them as I have not taken antibiotics often in my life so have no worry of building up immunity to them.

I was prescribed 5 days of Cipro – which is one of the most potent antibiotics on the market. That alone, in my mind, should have been enough. He also prescribed 5 days of Flagyl. Staring at the two bottles I decided to take the Cipro. The CDC recommends a course of 3 to 5 days. So he went with the maximum dose.

I went back and forth on taking the Flagyl or not. I had a weird feeling about it. I should have just listened to that. I had read the insert the pharmacy had given me with the medications and the possible side effects list scared me to say the least, but I could not take more of this intestinal distress and if I kept dehydrating I knew I would end up needing IV fluids in the hospital. Against my own better judgment I opened the bottle and popped a Flagyl into my mouth.

I was never more instantly sorry I had ever done anything in my life. This pill, which appeared smooth and rounded, felt like nothing I had ever experienced before. Had I not physically seen and touched it I would have thought I swallowed a metal tack. It felt like it had spines or spikes on it and was resisting going down my throat. I tried to cough it back up. I couldn’t. Fearing I might choke to death I chugged as much water as I could and it finally pushed the pill down feeling like it was scraping and sticking all the way down. To put it as simply as possible? It felt like poison.

I sat there for a minute, very quietly. I didn’t know what to do. It was in my body now. I began to feel more and more indescribably weird. I felt almost numb and slightly sick. Thankfully it did not get past that stage of pure uncomfortable weirdness, but I was not about to ever take another one.

In doing more research what I found was a severe warning “Metronidazole (Flagyl) has been shown to be carcinogenic in mice and rats. Unnecessary use of the drug should be avoided.” It goes on to say that even one single dose can possibly cause over dose and resultant suicide attempts have been the outcome of taking this drug.

Needless to say? I fired this doctor after some choice words.

My advice? Never blindly trust medical professionals. Do your own research prior to taking anything or doing any kind of treatment, weight the possible side effects against the touted benefits, always try to utilize nature first and never go against your own inner guidance.