Sex, Hormones and Health: The Truth About How They Are Linked 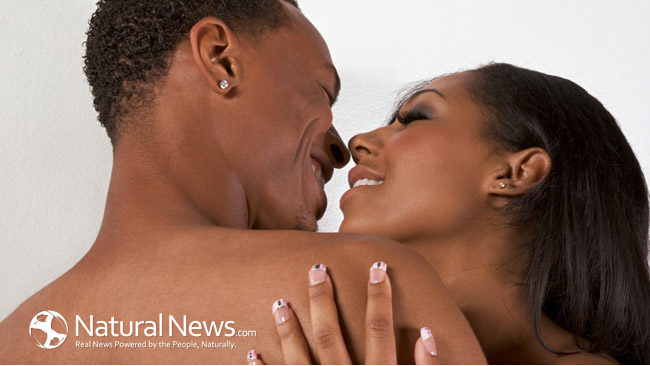 The more you learn about health, the more things become increasingly interconnected. Studies on the relationship between nutrition and depression, for example, show just how interdependent physical and emotional health can be. After all, if the food you eat can play such a large role in how your feel emotionally, what impact can seemingly different systems have on one another?

Human sexuality has long been seen as an aspect of humanity with both physical and emotional components. The biology of sex – to perpetuate the species – is accompanied by an undeniable sense of pleasure. Evolutionary biologists long thought this pleasure was simply a way to encourage humans to have more sex and thus make more people. But many studies now suggest the pleasure associated with sex has its own physical rewards.

Orgasms aren’t strictly necessary for biology, but they evolved nonetheless. More to the point, they’ve been shown to have beneficial physical effects. Orgasms achieved both solo and with a partner have been shown to improve everything from female fertility and heart health to the quality of your sleep and boosting your immune system.

Given this new understanding of how sex interacts with health, many people now wonder about the relationship between sex, hormones and overall health? We all know that hormones play a huge role in sexual attraction and maturity, but what role do they play in our overall health?

Are All Hormones Sexual?

When most of us think about hormones, we tend to think of them as being connected to sex. Sexual hormones are, after all, the most well-known and often discussed types of hormones. The truth, however, is that hormones are simply chemical messengers for the body. They travel through the blood stream to deliver messages and signals to tissues and organs which are responsible for:

Since hormones are used to carry out a wide number of functions it’s no surprise they play a pivotal role in our health. They are also more likely to be cross-responsible. This is where sex comes in. The hormones used primarily for sexual and reproductive health often have a way of affecting other systems.

Clearly, the body’s hormonal system is vast. As a result, some hormones carry out more than one function, though its primary function is often fairly evident. Researchers identify certain hormones and being sexual hormones based on the biggest job they do in the body. This includes the hormones which regulate gender in the womb or which are released during puberty.

The hormones released when a female fetus is being developed, for example, has resulted in women having a higher levels of immunoglobulin. This makes a woman’s immune system more robust and they’ve been shown to have stronger immune responses after immunization. There have also been studies on the link between estrogen levels and Diabetes.

Endorphins are part of the hormonal system connected with natural pain management. During sex – and during orgasm (and ejaculatory orgasms) in particular – the body releases endorphins which have an analgesic effect on the body. Those same hormones also have a chemical structure similar to morphine, making them truly a body’s natural “feel good” chemical. As a result, good sex is associated not only with pleasure but as a natural way to improve everything from depression to natural pain management.

The connection between various functions and systems is becoming increasingly clear as researchers seek to understand the body better. These connections and relationships are likely to not only give us a better understanding of how the body works, but also the importance of a healthy balance. The more we understand how health works, the more it seems that true health begins with a balance of the physical, mental and emotional selves.