September is National Honey Month: why honey is good for you 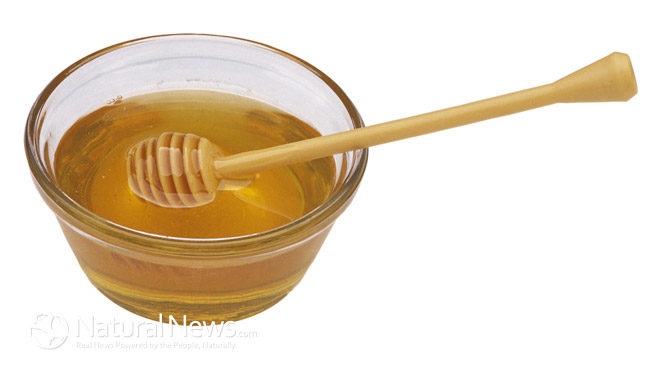 September is National Honey Month, and it’s no surprise that the tasty sweetener has an entire month dedicated to it.

After all, honey is so much more than a way to add flavor in a smoothie or tea. Increasing amounts of people are recognizing honey’s ability to boost overall health; it’s even been used medicinally in several cultures for thousands of years.(1)

It’s explained that honey works in a way so that pathogens have no other option than to ultimate die after they dehydrate.(1) They suggested that honey trumps traditional antibiotic use, saying that it is highly effective and does not promote resistant bacteria, making it a natural choice in today’s over-medicated society.(1)

Top 5 reasons why honey is good for you

Choosing raw, organic honey as a sweetener is a healthier option that standard tabletop sugar, or worse, artificial sugars. Artificial sweeteners have been linked to a bevy of health consequences such as memory loss, cancers, bladder problems, and nausea.(3)

When in need of an energy boost, many people opt for honey over table sugar, since it has about four times more calories per tablespoon.(1) The energy comes without difficulty too, since honey’s carbohydrates are easily converted into glucose.(1) For this reason, as well as the fact that it helps with post-workout muscle repair and insulin regulation, honey is often a go-to choice among athletes.(1)

Studies have found that honey reduces blood lipids, homocysteine, and CRP (C-reactive protein) in normal and hyperlipidemic individuals and compared to dextrose and sucrose, resulted in a lower elevation of PGL (plasma glucose level) in diabetics.(4)

Honey’s antimicrobial properties are an excellent way to promote wound healing, even in wounds that have been dormant.(1) They stimulate tissues to expedite the healing process and can even help diminish ones that have developed an unpleasant odor.(1)

Several people enjoy using honey during their facial skin care routine, as it acts as a humectant that provides moisture to dry skin.(5) Many times, individuals opt to mix it with other natural items such as oatmeal, which helps to gently exfoliate as it works with the honey to boost elasticity.