Self-Healing Heroism To Rescue The World 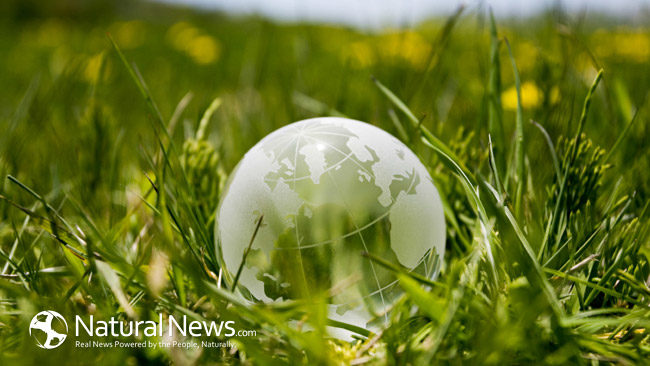 Only Heroism Can Save The World At This Stage, And You Are The Hero In Charge!

If watching the news these days leaves most wondering about where the planet is headed to, only a minority yet dares question the system as whole and is aware of that the dark clouds forming on the horizon. Although speculating on what could go wrong isn’t what this column intents to focus on, there is also a deep insight to get from the world events if one is willing to take a deep breath in and give the half/full or empty glass theory a chance. There always are two ways to look at any situation. The first one is keep pointing the finger and blaming whatever special interests and cultural lobbies for the dreadful world state of affair. The second is from a self-responsibility perspective and pondering a course of action at our own level to eventually get rid of the pathology of war within the World Matrix. The definition of war has to be taken in its broad sense, and therefore includes social classes and racial issues as well. This second option is the worthiest without a doubt because the situation is getting worse as days go by. That very option is also daunting as taking responsibility for what is, seems like the mother of all challenges.

Indeed, what could each of us do in order to let world leaders know that we will no longer tolerate the weapon industry to rule the health of the economy, nor biotech to poison our foods , nor the privatization of the natural resources to cause scarcity, nor whatever terror plots to scare us off. Sure, the list goes on and on, but long story short, it all comes down to the word ‘peace’ and allowing solutions to espouse such a premise. For centuries long, social’ structures have offered much of the same: Peace associates with demands or sanctions leads to war. Imposing peace by arms is a recipe for disasters. Melding in each others’ affairs steadily erodes peace. Why do populations keep hooping along with deceptive solutions?

Peace is a word that everybody intuitively would like to see triumph over the all human’s conflicts and greed, what is already a good thing but Intuition alone is far from being enough when not supported by a deep awareness of the issues. Thought as a motion operates within 3 specific realms: Intuition, Awareness and Action. Thought may remain at the intuitive level for a very long time, until and as it often is the case, a crisis breaks out, and in which case will remind that the premonition did exist, though never acted upon. Of course the latter will bring about remorse along with a serious self-esteem reevaluation. Intuition failures are rather consequences of social materialistic thinking inducing an ego priority or dominance over Intuition. By materialistic thinking it is meant a mind essentially preoccupied by the immediate need for material security and intellectual self-indulgence whereas intuition has always the potential to turn everything upside down as soon as morphing into a Conscious state. Intuition, as a Cause, is a phenomenon onto itself deserving its own column, but for now let’s stick to its effects.

Intuition becoming Awareness is a Prime Motion highlighting that the real revolution always starts within. Intuition may reveal itself a double edged sword, either when the fear to allow Intuition to merge with a Conscious state of being is too great, or when relying on any external influence to save the day or simply assuming that the situation will fix itself. Either or, burying one’s head into the sand doesn’t serve any purpose but which allowing the problem to grow exponentially. Every generation has relied on the next one will take care of it. We’d find a plethora of reasons as why it has turned out that way but as a matter of fact, the justifications are not different from those we’d invoke nowadays. One thing is certain though, the responsibility can no longer be postponed, let alone passed on.

Thought becomes Awareness as soon as the search for answers begins by probing any possible facts to facilitate the understanding of the problem. This road requires an undivided attention and therefore rearranges priorities. What seemed essential yesterday no longer is as the picture gets bigger along with the unfolding of the discovery process. Social materialistic thinking then unavoidably begins to lose ground and is replaced with the thirst for Truth ultimately leading to question the meaning and the purpose of Life. The search for Truth is unbiased by nature, and this means that stubbornly probing questions to only validate one’s own subjective train of thoughts will not bring about any fruitful solution but rather fuel anger due to catch 22 type of conclusions that keep popping out. This stage is the trickiest one of all but necessary to initiate a break through. Many people often deem preferable to step backward when faced with the possibility of being proven wrong. This breaking point is also called a Synchronicity Collapse highlighted by a fear of possible chaos if continuing further down this road. Though if honest with ourselves, the possibility of chaos is what the current environment also points to. This observation is essential to grasp: both projections are very similar, even mirror one another, but with a choice between two different outcomes. One of which is liberating whereas the other, its complete opposite.

This liberation is essential to healing the Whole, the World Matrix. As mind boggling as it may seem, self-healing depends on one’s potential to accept a much bigger picture, which ultimately gives Reality its all encompassing dimension, and also makes one realize that each subjective point of view merely represents a precious piece of the puzzle comprised within the ‘Whole There Is’. We ought therefore challenge each of our thoughts, and coming to term with the faulty assumption that one’s own subjectivity is all what matters, simply because each of us embodies a fractal of the World Matrix in the end. As long as the pieces are not put together, each piece is neither correct nor wrong. We are all One and faced with the same dire challenges, each of us at a different level. This even becomes a lot more noticeable when looking at the established world monolithic structures and realizing that all the rivers lead to the same ocean. While it may take some time to adjust and align one’s mind to such a perspective, it is the only path worth considering to address and change the current paradigm for the better.

Thought becomes Action when willing to act upon it directly and individually, when self-responsibility appears crystal clear. Thus far to the contrary, healing the world doesn’t require to dedicate oneself to humanitarianism, nor can be commanded by law to do good but the comprehension of a Morality itself embedded in the Universe, a self-existing absolute we fail to see because of a fear factor left unchecked for so many centuries, and which has distorted world views spreading a pervasive ‘divide and conquer’ mindset within all cultures and social classes. The discovery process can neither be commanded by any humans’ made law since every perception is unique and must thus sort things out at its own pace – although time is clearly running out. The global scale of the dilemma highlights the inner challenge we all are confronting evenly. Although trying to make sense of the big picture may imply a possibility of chaos, the solution is complex and simple at once. Complex because it doesn’t rely on whatever group think, simple because each individual holds a precious piece of the puzzle as how to heal the Collective or World Matrix.

Self-healing from generational misconceptions for a greater good will ultimately save the the world as soon as there is a critical mass comprehending that the old structures no longer serve any purpose and must completely be let go, abandoned. This critical mass will also represent a massive lighthouse guiding others through a liberating transition and help populations embrace brand a new start from scratch based on brand new premises. Being part of this critical mass is an individual choice that doesn’t rely on any neighbor nor relative to step in, but each of us acting independently and accepting the selflessness of letting it go as a Force. It is potentially up to each of us to become a mythological Hero engaged in the most daunting and spiritual mind battle of all times. It is up to each of us to comprehend that if materialistic thinking (its ensuing utter detrimental Darwinian competition) hid from us a much larger picture, that undoing the harm requires to probe the meaning of power, which has left all equal in the face of an upheaval that could turn out being unprecedented if we choose to continue ignoring what leaves us staring at the precipice.

While spreading the word or passing on this column to close friends and relatives would surely help global Awareness rise up in the broad sense, it also is useful to keep in mind that focusing on one’s homework is as much as essential, even if not more important. Emotionally experiencing the suffering of the planet, through the discovery process, can only come at the expense of probing ever deeper. Coming to term with the idea that there is nowhere left to go is necessary to unleash the drive of the Hero in action, and thus joining the bandwagon of this critical mass. That if fear cannot be individually self-contained and overcome, the worse case scenario will unfold anyway. There is no choice other than taking responsibility. One has to be convinced of a Morality cosmically self-existing outside of realm of Man made laws in order to stand up on one’s own two feet, regardless of the consequences and that giving away one’s consent no longer is an option.

Speaking of a bandwagon has little, if nothing to do with group think, as a matter of fact there is no such a thing as an legion of Heroes, because Heroes simply do not follow orders. Heroes voluntarily follow ‘a’ Light within, each of them is commanded by his own Higher Self and discard the possibility of chaos as s/he understands the inner workings of that very fear lying at the core of the crisis itself. Heroes grasp the pitfalls and the illusion of the ‘us versus them’ and only listen to their ever deepening connection with the perpetual Act of Creation.
More by the same author:
The Empathic Society

Celine Kayser. is an atypical and autodidact thinker whose background is quite eclectic. Philosophy has always been a major field of interest of hers, especially that of Jiddu Krishnamurti and Walter Russell in the more recent years and which radically influence her writings. She is a voluntaryist at heart restlessly questioning the perception of happiness, the human nature, success and deconstructs old social persistent myths explaining why current frameworks cannot be fixed. She has recently started The Earth Custodians Movement advocating for a decentralized and money-free society and currently working on the trailer. Stay tuned!