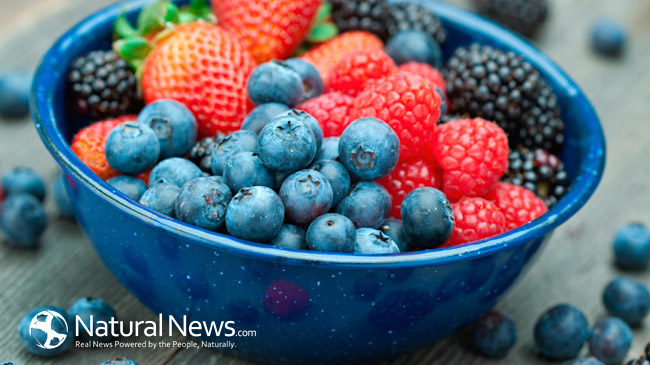 Sometimes a trip to the farmer’s market can lead to the purchase of quite a bit of fruits and vegetables, and for good reason: the food is healthy, locally-grown and delicious. However, there are instances when people tend to overdo it, ending up with more in their bags than the originally-planned intent to purchase a few apples and some beets.

Back at home, the issue then becomes a matter of finding ways to ensure that the excess foods don’t spoil and go to waste. Aside from the obvious idea of consuming them, it’s often not realistic to eat such a significant amount of food before wilting and spoilage sets in.

Here then, are tips to preserve fresh fruits and vegetables so they remain full of nutrients and great taste for as long as possible.

According to Chicago gardening expert Ramon Gonzalez, whose related writings and photography have been featured in several prestigious publications, strawberries “Do best in a paper bag in the fridge for up to a week.”(1) He explains that strawberries do not do well in moisture, noting that it’s best to check in on them every few days, even when they are in the refrigerated paper bag.

In fact, all berries need to be given proper attention since they are delicate. Gonzalez explains that because they’re often seen in markets or stores in a pile, that the tendency is to store them at home the same way. However, it’s best to refrain from stacking berries, since they’ll easily crush and the juices will leak out. Instead, he suggests storing them as a single layer rather than piling them on top of one another.(1)

To truly ensure that spoilage doesn’t set in quickly, Jerry James Stone, a California-based vegetarian and eco-enthusiast who develops recipes, says that soaking them in a mixture that consists of three parts water and one part vinegar will help prevent mold growth.(1) Stone explains that after soaking in this mixture, that he then runs them through a salad spinner that’s lined with a towel to prevent bruising for about 10 seconds after which he transfers to a dish that’s sealed most of the way so moisture can escape.(2)

In direct contrast to berries, celery is a food that lasts longer when stored in water. Simply cut off the bottom, then store it upright in a jar of water and keep refrigerated to make it last longer.(2)

Asparagus, too, enjoys a damp environment, yet not so cool that refrigeration is required.(1) Despite the fact that many people tend to store them in the refrigerator, they actually last longer when kept at room temperature, standing upright and loosely arranged in a container of water, or when ends are wrapped with paper towel that’s kept damp.(2,3)

Because carrot tops speed up the wilting process, Gonzalez recommends cutting the tops off, then wrapping them in a damp towel or immersing them in cold water every two days and storing them in a sealed container.(1)

To prevent the browning that occurs after cutting an avocado in half, executive chef Stephen Gibbs suggests storing it in the refrigerator with red onion slices.(2) Simply cut a few onion slices and place them in a container, then place the avocado half that still has the pit on top of the slices, flesh side up and facing the lid, and refrigerate.(2)

Gibbs says he’s tested this method against commonly-used approaches such as squeezing lemon juice over the avocado or wrapping in plastic to prevent air from entering.(2) He noted that over a three-day period, the onion method produced significantly less browning than the other approaches.