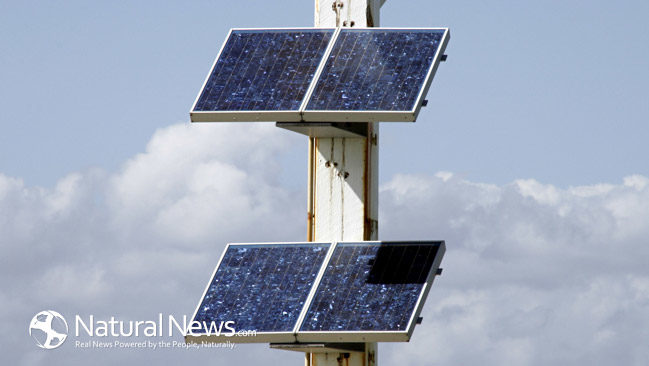 In only one hour, the sun provides enough energy to power the entire planet for one year.  Storing solar energy for use at night has been an obstacle and challenge for years.  However, until now, scientists have been unable to find ways to store solar energy.  A new discovery by researchers at Harvard and Massachusetts Institute of Technology, (MIT) makes it possible to store solar energy and release it any time of day or night by using molecules and photoswitches.  This new breakthrough will help in supplying clean energy to generate electricity, cook, heat buildings and water.

Store solar energy for use at night

Initially, MIT post-doc, Tim Kucharski and his team of researchers at Harvard and MIT attempted to create a thermal battery used for a short period.  The battery would charge during the day and provide power to stoves or other sources for heat, an inventive way to store solar energy for use at night.  According to MIT researchers, this innovative energy storing process uses molecules referred to as photoswitches.  Exposing the molecules to sunlight, allows them to absorb energy and act like rechargeable thermal batteries.

Here is a very basic description of what researchers developed.  Photoswitching is possible because the molecules are capable of assuming two different configurations.  Storing a substance called azobenzene in liquid form allows it to charge when configured in a closed-loop system, driven by gravity.  Azobenzene also attaches to substrates called carbon nanotubes, which substantially increases overall efficiency.  According to scientists, the energy derived from the sun can be stored in molecules forever.  Without emitting any greenhouse gases, the stored energy can be used repeatedly.

For a number of years, there have been great advances in solar power.  Using solar energy is a renewable energy, proficient enough to generate electricity; however, it has limitations.  Weather conditions can cause changes to surrounding environments where power eventually dissipates.  Storing solar energy is the solution—and cost effective, as well.  Making solar power work at night and during adverse weather will reduce our reliance on fossil fuels and other non-renewable sources.

It appears like researchers and scientists at Harvard and MIT found a feasible resolution in storing the Sun’s energy.  According to Tim Kucharski, the Harvard and MIT researchers are exploring other possibilities that include creating a system capable of absorbing more energy from the sun and then scale it up more practically.

This scientific advancement will change the way we use solar power in a most beneficial way for people around the world.  We will now be able to store and distribute energy in a most efficient way.  New types of solar thermal materials need to be created to help in the storing of solar energy.  Additionally, developing nations that still use peat or wood to provide heat for cooking will benefit greatly from this sustainable, solar energy advancement.