What Science Says About the Benefits of Yoga 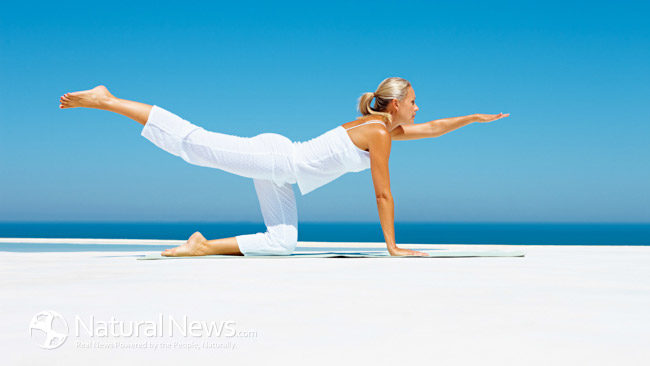 Yoga has become a mainstay across the country since the 1960s and 70s and in a recent study conducted by the Yoga Journal, it was found that an estimated 20.4 million Americans practice yoga on a regular basis. Most people who do will tell you about how good it makes them feel both physically and psychologically – but what has actual clinical research found? The answers might surprise you!

Osteoarthritis, rheumatoid arthritis and other musculoskeletal disorders make life difficult for millions of Americans across the country. Pain control can be difficult and all of the pain medications currently on the market come with a whole slew of unwanted side effects, from the possibility of addiction to physical problems like constipation and respiratory depression. Yoga, however, offers the possibility of treating these joint problems naturally.

In one instance, in a group of 30 patients with osteoarthritis of the knee, both groups were treated with a combination of biofeedback, exercise and TENS units, but one group was given a yoga program to undertake as well. At the end of the program, it was found that though both groups had improved, the yoga group did better in terms of both function and pain.

Studies like this explain why yoga is becoming so popular with those who suffer from joint disease.

It Enhances Your Sex Life

The link between yoga and sex is nothing new to Ayurvedic and other practitioners in India, who have prescribed yoga as a treatment for a whole array of sexual problems, from impotence to a decrease in libido.

In one study, published in the Journal of Sex Medicine, 65 men between the ages of 24 and 60 were put on a program of daily yoga. At the end of the study, the men reported improvement in all 7 areas of the Male Sexual Quotient survey tool. This included desire, intercourse satisfaction, performance, confidence, partner synchronization, erection, ejaculation control and orgasm

Mental health problems are still largely stigmatized in American culture, and yet around the country, it is estimated that 20 million Americans can some form of mental illness, the most common ones being depression, bipolar disorder and anxiety/stress disorders.

Yoga apparently can help with these problems as well. For instance, in a study just published this year in the journal Complementary Therapies in Medicine, a pilot study found that a 12-week program of at-home yoga and meditation practice found that those who went through this program reported fewer feelings of depression and depressive thoughts after going through this course.

While yoga, of course, cannot help with depression all by itself, it does appear to be an effective adjuvant therapy and can be used in addition to medications, therapy and lifestyle changes such as improving sleeping and dietary habits.

The weight problem in this country has been repeatedly called an epidemic because of how widespread it has become. The NIH estimates that 2 out of every 3 American adults is overweight or obese, which explains the soaring rates of weight-related disease like Type 2 diabetes and the fact that heart disease is still the number one killer in America for men and women both.

But while yoga by itself cannot help someone with the difficult challenge of achieving their weight loss goals, it certainly can be part of natural plan of care to make this happen. In one trial, 34 overweight or obese patients enrolled in a program of a strict, yoga-based lifestyle and were supervised on this for 10 days. After this, they followed this program at home for month. At the end of this month, testing proved that patients on this program showed decreased weight, decreased waist-to-hip ratios and lowered levels of blood sugar and blood lipids both. Cases like this how that yoga can help not only with weight management but with reducing risk for diseases like diabetes or heart disease.

In short, whether you are looking for enhanced sex life or a whittled waistline, science is pointing to the fact that yoga may be able to help you with your health-related goals – and do so in a way that is natural, gradual and safe.  Considering this, it is not surprising that the number of yogis in the U.S. is 20 million strong.

Brian W. Wu holds a PhD from the University of Southern California and is a current 4th year medical student. He has been freelance writing for over 4 years and aims to make health an engaging conversation. Learn more about him at his personal site and his project Health Stories for Kids.

Brian holds a PhD from the University of Southern California and is a current 4th year medical student. He has been freelance writing for over 4 years and aims to make health an engaging conversation. Learn more about his projects at www.brianwwu.com and healthstoriesforkids.com