What To Say To Someone Who Is Pro GMO 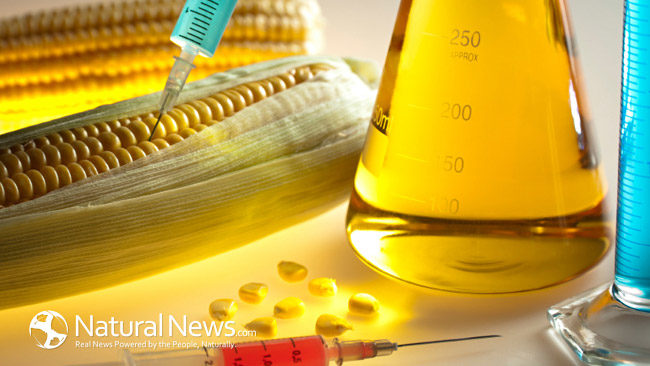 I have had numerous arguments with individuals who are pro-GMO’s; the funny thing is, at least, half of them do not even understand what that acronym means! Most, haven been told by the mainstream media, the government, Monsanto and ignorant people in general that Genetically Modified Organisms are a good thing and that they will produce greater yields and will help feed the poor, etc. I tell them that is simply not the case, and they often look at me as if I was speaking a different language!

They don’t believe me at first, I am a big believer in skepticism, you should never just take anything at face value. Indeed, you should question everything but shouldn’t that same level of skepticism that is directed at anything that falls outside of the official narrative also be directed at the 6pm news, the claims of politicians, corporations, etc.?

I find that the quickest way to shut down a pro-GMO sheeple is to compare GMO crops to conventional crops and when I say conventional crops I am not even talking organic. Firstly I give a quick explanation of how most GMO’s are created. Scientists at Monsanto discovered a strain of bacteria that is resistant to Herbicide (Roundup) so they mixed the DNA of that bacteria with  food crops, the advantage of that is: you can spray the entire field with herbicide, all the weeds will die and your food crops will survive albeit they are now covered in toxic chemicals.  Also mixing DNA between two different species is not something that would occur naturally.

That normally gets them stumped, if they answer that question I point out the fact that it was a rhetorical question. Next thing I usually hear is that GMO crops produce greater yields and will help feed hungry people. The country that grows the most GMO crops is the USA (1). USA also has the highest rate of obesity! So I think it is fair to say that most Americans are well fed. (Quantity of food not quality).

The notion that GMO crops produce greater yields just doesn’t hold up under scrutiny (1,2) If anything the fact that we are getting greater yields could be more likely due to better agricultural methods. Furthermore, GMO crops do not do well in droughts!

My main concern is the lack of long-term testing on human consumption of GMO’s, when we eat food that has it’s DNA altered then what is that doing to our body’s? Your body constantly replaces it cells and uses ‘building blocks’ from the food we eat so does that mean that our cells are made up of genetically altered cells? Long term studies (decades at least) should have been carried out before GMO’s were ever approved but having said that, who would want to volunteer for such a study?

If there is anything I have missed out or gotten wrong then please let me know in the comments section.

More health and wellness articles can be found on my blog; How To Live Healthy