Saving the World from Cars 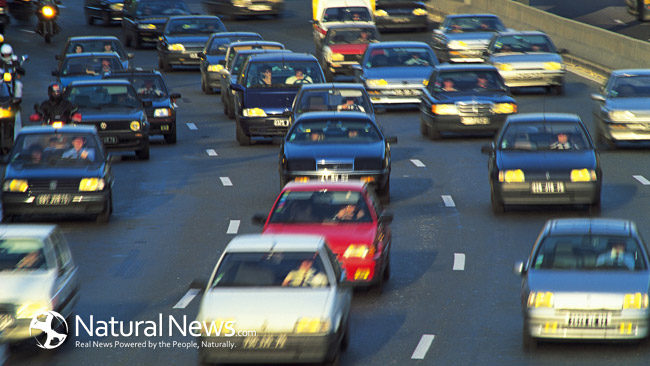 The worldwide population has been growing at an unsustainable rate for many years. While the growth rate is less than half it’s peak in modern times of the 1960’s, still the population increased from approximately 1.65 billion at the start of the 20th century to over 6 billion by the end. This increase in population has been devastating to the environment, resulting in widespread deforestation and exponential expansion in the use of natural resources. While this growth rate is clearly unsustainable, there is another growth rate that dwarfs this in comparison for adverse effect on the environment.

With something over 1.1 billion cars currently in use around the world (a rate topped by the US with more than 1 car per every 2 people) currently producing 23% of the total greenhouse gasses in the world, what if auto sales continue as predicted and have a 100% increase in cars on the road to over 2.5 billion by 2050? Our already strained atmosphere is in no way capable of handling that type of increase. Worse than that, it is not simply a doubling of current carbon emissions when doubling the number of vehicles worldwide.

The problem is much more severe because current energy production simply cannot meet that type of demand. The world currently produces about 87 million barrels of oil a day, but to supply that many cars with fuel with current technologies it would have to increase daily production to more than 120 million barrels a day. Aside from the futility in expanding production of a rapidly dwindling resource, the only place this production can come from is tar sands and similar projects where the oil production is significantly dirtier and harsher on the environment than even current production methods.

The current technologies of Hybrid and Plug in Electric vehicles will not be enough to keep this expansion in check. While they have proven to be accepted by the public as a whole and are increasing as percentage of sales, they will still make up only slightly more than 1 million of the 80 million new vehicles sold this year. Even if sales trends continue and they make a greater percentage of total vehicles sold each year, there are some hard realities to be faced about the environmental impact of these “green cars”.

The real issue is that India and China, the two largest countries in the world, are also the places where the majority of the increase in vehicle ownership will take place. In these countries that predominately rely on coal based electric power, a plug in electric vehicle is little or no better for the environment than a standard gas vehicle. Simply put, the electric power used to charge them is so dirty that so far as greenhouse gas emissions go they might as well drive a standard gas combustion auto.  In these areas the best readily available technology is by far a good gas/electric hybrid like the Toyota Prius, a distant second to the green friendly PEV’s being used in places like Brazil, Norway, or France.

What Does the Future Hold?

There are many forecasts for the future but are all based more on guesswork than actual science. Based on the robust retail sales of hybrid and electric vehicles, they will of course maintain some prominence in the future. The electric supply grids of some developing nations will need to be improved in terms of reducing carbon emissions to the environment. This needs be done regardless of increased auto ownership and will play a part in making current technologies more Earth friendly in developing areas.

Development of still futuristic technologies will continue as well. Hydrogen Fuel Cell vehicles most believe show the greatest promise currently, but general improvements to worldwide transportation infrastructure to reduce the overall vehicle ownership rate is another piece of that puzzle. In the end, the real answer for the environment will need to come from individuals that make personal choices considering both their wants and the needs of the environment equally.