Salmon for Dinner? In Response to the Approval of GMO Salmon 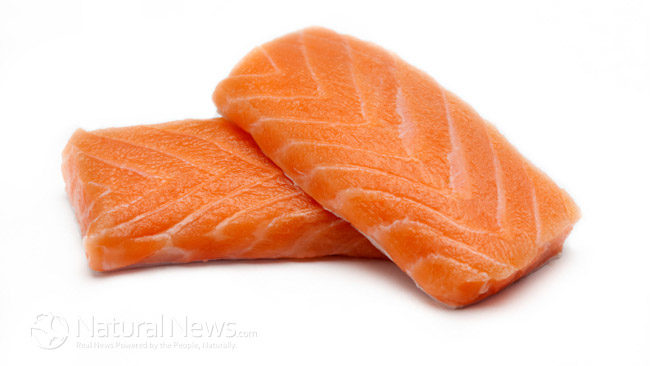 The approval of GMO salmon is a crime against humanity, just like the approval of GMO seeds, crops and food ingredients. This salmon, like all food with GMO ingredients is not safe to eat. The potentially deadly effects of GMO foods is well demonstrated (read Jeffrey Smith’s books and see his talks on video). Brainwashed “scientists” who can’t figure this out from the experience with GMO’s so far are demonstrating their total uselessness, and in many cases worse. But the approved GMO’s including the salmon actually reflect an even larger problem that requires everyone’s attention.

That problem is that we have cold-blooded, criminal psychopaths in almost all the top positions in government and global corporations, certainly including the global banks which are centrally involved. They control all primary aspects of our systems. All people who’s creative faculties are still somewhat operational need to be working on how to get them out of these positions. Violence will not work, that is what they expect and what they actually want, to have an excuse to use advanced weapons on us.
The real solution will have to be more subtle and far more powerful. They have total disdain for humanity (obviously), but they know we may at some point realize we have to solve this. That is the reason they have surveillance of everything, far more than we are told.

It’ Just About Profit, Right?

Friends, it’s not about money at all at the highest levels, only for those they use farther down the line. Money is just one of their main tools of control of their minions, and of us. Their motives are not financial. Time is passing quickly. New solutions are needed quickly, as they plan to crash all the systems to bring in the final phases. Be strong. Help in whatever way you can. New versions of hate and aggression will only play into their hands. And fighting among ourselves is only a way to prove to them we are actually as stupid as they think we are. Don’t fall for their programs to divide us by race, gender, social status, political “parties,” nationality or anything else.

No Power in Love, Without Consciousness

The hidden aspects of Love, which we are not ever supposed to discover, are vastly more powerful, not just a nice emotion. They hope we will be vaccinated, GMO’d, fluoridated, smart metered, cell phoned, wi-fi’d, impoverished, dumbed down and geoengineered into oblivion before we ever figure that out. There is yet time. Get off of all drugs, to the extent you can safely do this (some medical drugs are intentionally dangerous to stop quickly). Learn how to maximize your health and consciousness, and then do it. Be selfish, but in the real sense, which is by helping and serving others as yourself.  Otherwise in the end, you lose.  Keep your energy high. See everyone as yourself in other forms because the secret is, they are. Live your life such that you will look back on it and feel that you did your best.