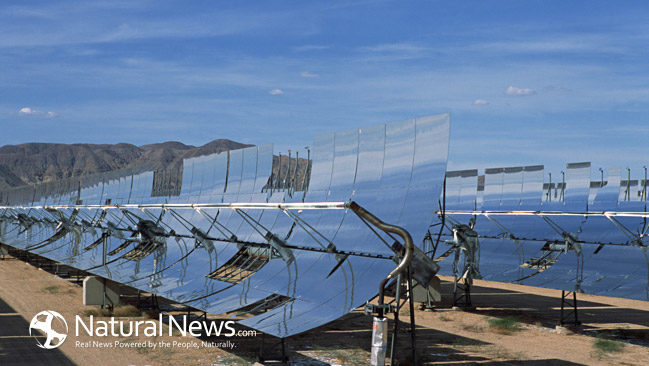 Today we have mind boggling technologies emerging, big industries, smartphones and millions of automobiles running on the roads. What keeps them going? The answer is, of course, energy. And the scary thing is that our energy consumption is rising at a stupendous rate. The total oil consumption was 32 billion barrels in the year 2011, and our consumption of such an unrenewable source of energy is rising exponentially.

The United States currently leads the pack with a consumption of 18.8 million barrels of oil per day (or nearly 6.9 billion barrels per year), but this rising consumption is destined to lose out to China within the next 10 years. As the transport and manufacturing industries continue to grow heavily in countries such as China and India, it’s estimated that over the next five years, almost 50% of global oil demand will come from China. This gives rise to a billion dollar question: Do we have enough to sustain our future generations? The short answer to this is no.

Within two generations, it’s estimated that 90% of the world’s oil reserves will be depleted, along with many other important raw materials. The sources left will be difficult to extract energy from. The only way we can keep up with the rising demand for energy is to start looking for sources of renewable energy.

What is Renewable Energy?

Any energy coming from a source that can be said to be of an infinite life is called renewable energy. There are many types of renewable energy and this includes solar energy, wind energy, tidal energy, and geothermal energy.

Renewable energy sources are not under any threat of being depleted like coal and oil because they’re naturally replenished. For example, solar energy is collected from sun, while wind mills are able to run turbines with the help of blowing winds. Tidal force is also used to run turbines and generate electricity, while the energy from within the Earth’s surface is utilized as geothermal energy.

In recent years, solar energy has emerged as the biggest alternative to conventional energy sources. The amount of energy produced by the sun is huge. At noon on a cloudless day, about 1000 watts of energy falls on one square meter surface of the earth. This means that just 20 days of sunshine can match all of the earth’s reserves of coal, oil and natural gas.

This gives rise to many renewable energy companies such as First Solar and Yingli Solar who have arrived to the horizon, and are growing rapidly. Although First Solar is the current leader, Ed Sappin has Yingli fast catching up and is expected to be the largest solar energy producer in the world within a year.

Why Should We Go for Renewable Energy?

The answer is to sustain our energy needs, of course! Although that may sound politically correct, saving energy for the future generations is not the only reason to shift to renewable energy sources.

Here’s a list of the most important reasons why switching to renewable sources is the only way forward:

Every now and then, we hear of fluctuations in oil prices. Renewable sources are free from these threats as they are equally available to everyone, and not just found in mines or seas. Their cheap nature will ultimately benefit us.

Last, but not the least, renewable energy is almost infinitely available to us. Its availability will make nations independent of each other. No longer will internal tensions or war in a supplier country lead to global turmoil.

Although it the benefits of renewable energy are vast, harnessing renewable energy will require big structural changes to our current technology system. Engines, industries, and companies will have to be re-designed specifically for that purpose. Renewable energy also relies heavily on the weather and climate, so continuity of energy supplies cannot be ensured at all times. But despite the existing challenges, change has to occur someday, and it would be in our best interests if we start as soon as possible.