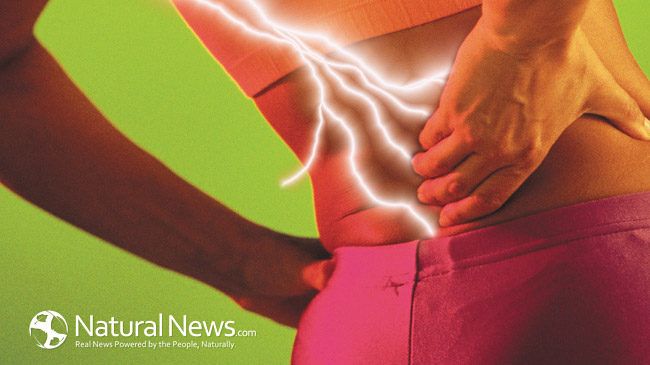 One of the essentials for good health is to give your body the raw ingredients it needs to function. The right raw materials are needed to create new cells to maintain tissues and organs and to create essential bio-chemicals, including hormones, neurotransmitters, digestive enzymes, etc. The way we do that is primarily through our food. There’s an old saying that summarizes this: “You are what you eat.”

While most people accept the idea that choice of food is important to maintaining health, few understand the concept of food as medicine—the idea that certain foods can heal disease. It isn’t a big logical jump from the idea that a lack of certain nutrients can cause illness to the idea that providing these nutrients in sufficient amounts to make up for deficiencies can heal what ails us.

Many chronic pain patients insist that they eat a “healthy diet”, a phrase that means many things to many people. It may mean that they avoid excessive amounts of sugar and high fat foods and avoid processed foods while eating a reasonable amount of fruits and vegetables. Studies show, however, that most chronic pain patients, even those who live in more affluent communities, do not eat a diet that meets these criteria. Some chronic pain patients probably do.

Using food as medicine, however, involves much more. It means ingesting large amounts of high nutrient foods, particularly organic fruits and vegetables that have high amounts of phytonutrients—natural compounds found to have beneficial effects on health. In order to be able to get enough of these nutrients for healing effect, juicing is often necessary. Juicing removes the fiber so that greater intake can be tolerated. Another nutrient that can significantly reduce pain through a reduction in inflammation is Omega-3 fatty acids, which are found in fatty fish, flax seeds, walnuts and olive, grapeseed, primrose, borage, and walnut oils. Unhealthy foods that compete for room in the gut and/or have negative physiological effects are avoided.

What follows is a story of one woman who healed Complex Regional Pain Syndrome (CRPS, formerly known as Reflex Sympathetic Dystrophy or RSD) through diet. CRPS is a rare, chronic, and often progressive condition. It involves a severe, burning pain, inflammation, and changes in the skin. It affects one of the arms, legs, hands, or feet and can progress to affecting other limbs. Symptoms may appear after an injury or surgery, but often there is no injury and no sign of neurological or physical damage to the affected area. According to WebMD, experts believe that CRPS occurs as a result of dysfunction in the central or peripheral nervous systems and “there is no cure”.

In 1996, Susanne Stratton developed severe pain in her left shoulder. X-rays showed nothing, and doctors never offered an MRI. For four years, she tried a variety of treatments—physical therapy, cortisone shots, anti-inflammatory drugs, ultrasound treatments. Nothing helped. She could not work or sleep because of the pain. Finally, she was able to obtain an MRI, which showed a severe rotator cuff tear, a bone spur, and a deltoid muscle that was abnormally positioned. She had surgery to correct the abnormalities. But she woke up from the surgery in tremendous pain and with a paralyzed left arm. She was diagnosed with reflex sympathetic dystrophy (now called complex regional pain syndrome, or CRPS).

Susanne was told she would never use her left arm again. She continued with weekly physical therapy and occupational therapy. The pain was excruciating. Her daily life consisted of violent shaking on the left side of her body (including her neck and head) if she attempted to lift or move her left arm.

In 2000, she was referred to a pain management specialist who wanted to give her injections that would numb her from her neck down to her fingers. She was not comfortable with him or his recommendations, so she didn’t follow through with his medical advice.

After being out of work for a full year because of her disability, she was financially strained and became sicker from all of the stress. Side effects from narcotic pain medications negatively affected her ability to function on a daily basis. She was nauseous and depressed and experienced cloudy thinking.

The following year, Susanne was diagnosed with a pre-diabetic condition and had a precancerous pap smear. She was also experiencing reoccurring fevers reaching 103˚F. At this point, a friend referred Susanne to Dr. Arta Salma, a naturopath. Salma told Susanne to throw everything away in her kitchen and purchase a juicer.

Salma changed Susanne’s nutritional intake to nothing but fruits and vegetables and suggested an all-alkalized diet. Nothing was to be eaten from a box or a can. No dairy or meat. No breads or processed foods. She was told to live on raw fruits and vegetables and plant sources of protein, including avocados, almonds, and flaxseed and coconut oils, which support and create an alkalized body. Susanne learned that an alkalized body cannot produce disease. If the body’s pH balance is too acidic, it compromises the immune system. Susanne’s pH level was a –5, the worst level possible. The ideal pH is 7. Susanne’s goal was to become alkalized and reach a pH level of 7.

Eventually, Susanne was released to go back to work part time using only her one good arm. She continued her fruit and vegetable intake, along with daily juicing using her Champion juicer. After four months with her nutritional changes, Susanne had reached a pH level of seven, had reversed her precancerous cells, and was no longer pre-diabetic. After six months, Susanne regained some movement in her shoulder. After 13 months, she had complete movement in her left arm, and the pain was gone. She is pain free to this day.

In 2010, Susanne had surgery on her right shoulder for a torn ligament. This time, she healed in half the time because her body was so healthy.

Susanne still follows a mostly raw diet. She has gone back to school, studying at the Wellness Forum Institute in Ohio, and has become a nutritional educator, a certified health coach, and a wellness coordinator.

Even if you don’t have CRPS, a nutrient dense diet may help you feel better. It can’t hurt to try.

Cindy Perlin is a Licensed Clinical Social Worker, certified biofeedback provider, chronic pain survivor and the author of The Truth About Chronic Pain Treatments: The Best and Worst Strategies for Becoming Pain Free. She lives and works in the Albany, NY area where she has been helping her clients improve their health and emotional well-being for 25 years. Find out more about her at www.cindyperlin.com.