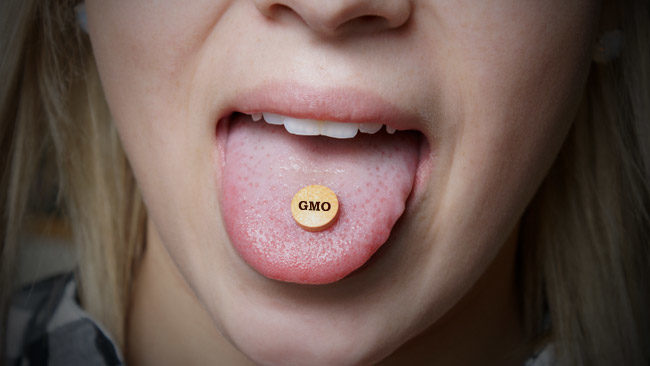 by Long Island Attorney Paul A. Lauto, Esq.The current day political war between Republicans and Democrats rarely produces agreement on almost anything between parties.  Some say this disharmony is a result of our having a “lame duck” president and some say it’s just politics as usual.  One exception that appears to have politicians reaching across party lines and holding hands, is a GMO food label law.The battle to enact a uniform or federal GMO label law has been raging for years in the United States.  Based upon the simple belief that the American people have the right to know what is in the food they eat, today reportedly more than 90% of all Americans are in favor of a GMO label law.  Notwithstanding this mandate from the American people, Republicans and Democrats alike appear to have turned a deaf ear.  Now a new bill proposal by Republican Mike Pompeo of Kansas, seems to add insult to injury.

Ostensibly aware of the overwhelming demand of the American people who are  starved for a GMO label law, Republican Mike Pompeo is attempting to throw us a crumb.  Pompeo’s new bill proposal, which was introduced to committee on March 25, 2015, would enact a government certified GMO free food label system on a strictlly voluntary basis.  In essence the bill is a codification of what we already effectively have, by virtue of the Non-GMO Verification Project and others (See nongmoproject.org).  Accordingly, Pompeo’s proposal has quickly garnered the support of the food industry and has undoubtedly brought devilish smiles to the faces of Biotech giants such as Monsanto and the like.

Pompeo’s attempt to circumvent the mandate of the American people, begs the question as to just how stupid does Pompeo believe the American people are.  We live in a country that is suppose to have a government that is for the people and by the people.  Instead, it appears here we have a government that is for the greedy Biotech Industry and by the Biotech Industry puppets.  The late George Carlin perhaps said it best when he in all seriousness proclaimed that, “Governments don’t want well informed, well educated people capable of critical thinking.  That is against their interests.  They want obedient workers, people who are just smart enough to run the machines and do the paperwork.  And just dumb enough to passively accept it.”

It is time for the American people to stand up and be heard, as Mike Pompeo essentially invites people to do on his website pompeo.house.gov.  Take 30 seconds out of your day and call Pompeo’s Washington office at 1-202-225-6216 and voice your opinion about his new “paper tiger” bill, purpotedly in support of our right to know what is in our food.  Remember that change starts with the power of one.