The “Reorganization” of 24 Hour Fitness 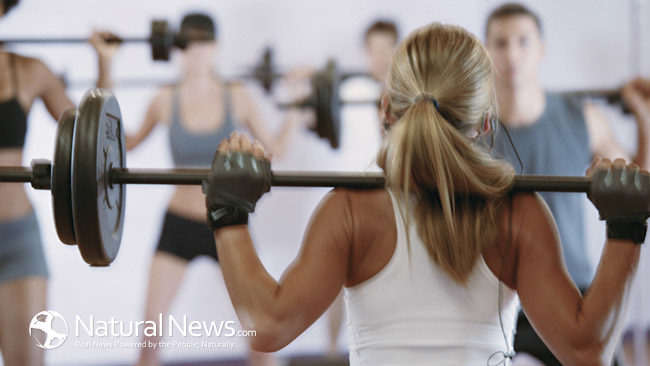 Numerous lawsuits, several corporate layoffs, and the resignation of Carl Liebert, former CEO of 24 Hour Fitness, may sound like a recipe for a foreclosure but according to 24 Hour Fitness the business is simply ‘reorganizing.’

In 1983 Mark Mastrov began a one-club operation called ’24 Hour Nautilus’ with the help of Leonard Schlemm. Together Mark Mastrov and Leonard Schlemm contracted out marketing positions to Mark Golob and Dean Moloney in order to raise business revenue and popularity. The marketing campaigns promoted by Mark Golob and Dean Moloney included celebrities closely identified with fitness and nutrition such as Pamela Anderson, Arnold Schwarzenegger and even Mike Tyson. By 1994 the one-club location had expanded to encompass the majority of Southern California after acquiring a chain of ‘Family Fitness Centers’ ultimately renaming the business ’24 Hour Fitness.’

By 2004 the fitness chain 24 Hour Fitness had reached such a height of popularity that decisions were made within the marketing department to expand operations overseas as well as continue advertisement campaigns within the continental United States. For example, 24 Hour Fitness joined forces with NBC to help produce a show in which overweight contestants compete for the most weight lost in order to win a grand prize. This show, entitled ‘The Biggest Loser’, aired its first episode in late 2004. Soon after, 24 Hour Fitness signed a contract co-sponsoring the ‘Discovery Channel Pro Cycling Team’ from 2005 to 2008. As well as beginning in 2004 24 Hour Fitness became an official sponsor of the U.S. Olympic Team even offering free 24 Hour Fitness membership to U.S. athletes and hopefuls.

Regardless of ownership, 24 Hour Fitness has continued to increase its annual revenue and membership sales through rigorous advertisement campaigns and several operations located around the world such as Hong Kong, Singapore, Taiwan, and even mainland China.

Unfortunately though with great success also come great setbacks. The first of which began on July 31st, 2007. A class-action lawsuit consisting of 1.8 million current and former 24 Hour Fitness members was filed against 24 Hour Fitness for damages concerning payments being taken out of their checking accounts long after their memberships had been cancelled or expired. On July 13th, 2010 another class-action lawsuit was brought against 24 Hour Fitness by 6 former employees who were discriminated against for their race or gender or in some instances both. Another lawsuit in 2010 was ruled in favor of the plaintiffs in the case of McCardle vs. 24 Hour Fitness USA, Inc. The judge ruled that 24 Hour Fitness had not acted in good faith by denying member access to larger 24 Hour Fitness locations after the members had purchased “All Club” memberships. Currently, as of March 2nd, 2013, 805 complaints were registered with the Better Business Bureau (BBB) 276 of which were registered within the last 12 months.

As if that were not enough 24 Hour Fitness is also undergoing another lawsuit by the former chairman Chris Davis. Chris Davis has claimed that she served the company faithfully since 2006 and during that time suffered from financial damages which occurred from commuting and renting an apartment as chairman. In return for her damages Chris Davis was promised a “phantom stock” award however, 24 Hour Fitness has refused to pay. As of October 30th, 2012 Chris Davis, who is suing 24 Hour Fitness for $23 million, was advised by her lawyers that her award may be worth more because Forstmann Little and Company is currently seeking an active buyer. However, in a letter written to Chris Davis in September the company mentioned that her award ‘is not a valid obligation of the company.’ For more information the case is Davis v. 24 Hour Fitness, U.S. District Court, District of Delaware (Wilmington).

The foreclosure process of 24 Hour Fitness seems to be underway judging not only by the vast amount of lawsuits but due to the fact that the company itself seems to be undergoing major reorganizational efforts. For example, in what could be considered a ‘corporate shakeup’ 24 Hour Fitness and CEO Carl Liebert announced a dozen corporate layoffs as of March 15th, 2013. Some of the layoffs include Senior Vice President of Club Operations Dan Benning, Chief Development Officer Jim McPhail, Human Resources Mark Foley, Vice President of Benefits and Wellness Art Morris, Vice President of Marketing Allison Lewin, and Damion Clanton Regional Vice President in charge of clubs in Washington, Oregon, Hawaii, and Las Vegas. This comes at a time 2 years after 24 Hour Fitness announced that they would no longer pay commission to personal trainers, membership teams, or service representatives.

Amidst all of the clues that the companies ‘reorganizational efforts’ are merely just steps to a proper business foreclosure, the current 24 Hour Fitness CEO Carl Liebert has officially announced his resignation as of May 15th, 2013 just a couple of months after he announced 12 layoffs within the company. A source within the Club Industry mentioned that Carl Liebert intended to resign just a few days after the announcement of the layoffs but was persuaded to remain on board for some additional time. 24 Hour Fitness has refused to comment on the matter.

As of now the final clue that can be considered that 24 Hour Fitness may be foreclosing is the auction attempt hosted by Goldman Sachs announced July 31st 2012. Forstmann Little and Company hired Goldman Sachs to host the auction process and solicit potential buyers. However, anonymity has been requested as the company 24 Hour Fitness is valued to be worth roughly $2 billion. So far no interested buyer has offered the amount asked for but rumored potential buyers include LA Fitness and Lifetime Fitness. It is also rumored that Goldman Sachs has retracted the 24 Hour Fitness auction for now due to fact that it may “not be in the best interests of the shareholders.”

Additional information regarding current lawsuits against 24 Hour Fitness can be found at: 24 Hour Lawsuit http://www.24hourlawsuit.com/