The Only Reliable Way to Keep Ants Out of Your Home 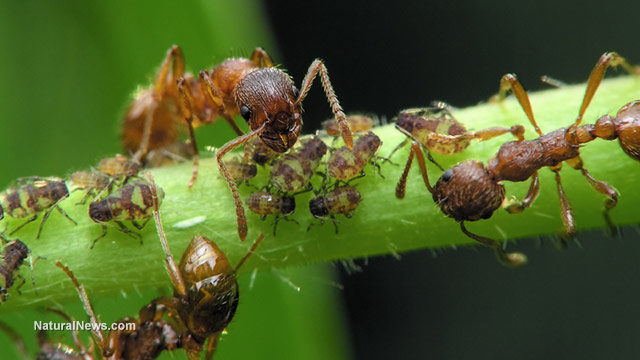 Ants invading our homes and apartments are a major nuisance. Many people turn to using a variety of toxic or natural pest control methods to avoid ant attacks. However, according to scientific research, most of the products and methods people use do not help in stopping an ant infestation.

According to research by Stanford University, ants come into our homes and apartments because of weather conditions. Pest control products only reduce the number of ants that invade our homes — the remedies do not stop the ant assault.

Stanford University’s Professor of Biology and lead author of an 18-month pesticide study, Deborah M. Gordon says, “People spend a lot of money on year-round pesticides, but it’s not the pesticide that keeps ants out of your home, it’s the weather.”

Professor Gordon and her team of researchers conducted their research in homes and apartments in the San Francisco Bay Area. The surrounding area was significantly infected with by the Argentine ant (Linepithema humile) — an invasive South American species that migrated into California about one-hundred years ago.

It so happens, the Argentine ant did not have any natural enemies in that part of the United States. So, they were able to take over massive areas of the state — they invaded households — and wiped out the native California ant species.

The team of Stanford researchers set out to determine whether ant invasions were due to weather conditions.

Professor Gordon briefly explains the researcher’s objective by saying, “Our goal was to determine if there really is an association between ant invasions and weather, and if so, does pesticide use affect the intensity of infestation.”

The study’s findings showed that there was a distinct association between the weather and the level of infestation by the Argentine ant colony. According to the researchers, “ants are most likely to enter homes in cold wet conditions, typically in the winter in northern California.”

Additionally, ants invade buildings during hot dry conditions — typically in August and September.
Professor Gordon and her colleagues wrote, “The result that ants enter homes in particular weather conditions, and are absent from homes in other conditions, suggest that in certain conditions the ants prefer to be outside.”

The study participants used a number of natural and toxic ant killers in an attempt to get rid of the pests:

It turns out — not one of the products the study participants used was effective in stopping the ant invasion. However, some products did reduce the amount of ants invading the homes when the infestation was high during periods of drought and following rain storms.

In fact, the least effective means of getting rid of the ants were natural remedies. Additionally, the sprays were slight better at eliminating the ants than the baits and household cleaners.

Best Way to Get Rid of Ants

Professor Gordon is a strong advocate of getting rid of ants without using toxic pesticides.  She says, “Pesticides are toxic to people, [and] to our drinking water. By putting out ant killers when there’s no infestation, we’re only harming ourselves.”

The professor adds that cleanliness is irrelevant when it comes to ant invasions. Though ants may partake in some of the food in a home, ultimately, they come into the home because of the weather conditions — not the food in the house.

When faced with rainy conditions or droughts, use safe, alternative methods to avoid ants from invading your home.  Professor Gordon suggests to, “Try plugging up holes in walls where ants might enter or using Windex to wipe up ant trails once they arrive.”

The most reliable cause of a decline in the number of ants invading your home may be a change in weather.