How To Reduce Calories In Rice By Cooking It Differently 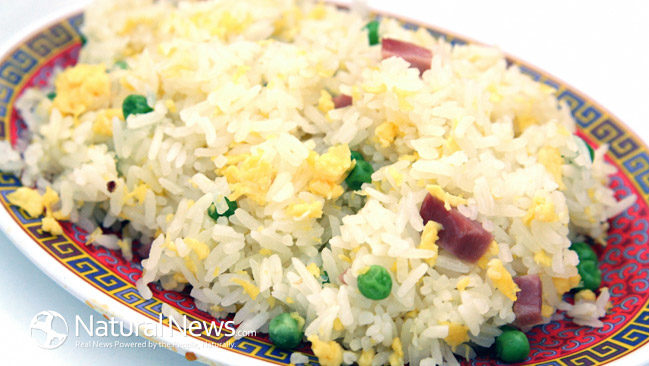 Keywords: Calories Can Be Reduced In Rice By Cooking It Differently, cooking rice differently to reduce its calories, making rice healthier

How To Reduce Calories In Rice By Cooking It Differently

In Asian countries, rice is staple. You will find them in almost each meal of the day as food seems to be incomplete without them! This ancient grain is consumed by so many not just in Asia but in other nations too. However, consumption of too much of white rice is not that good, chiefly because it increases the risk of diabetes. A cup of cooked white rice has around 200 calories that come in the form of starch that gets converted to sugar and into body fat thereafter. No good news for weight watchers! Now, what if I tell you that scientists have found a way to cut down the calories in rice? You’ll be all happy, right?

A student at the College of Chemical Sciences in Sri Lanka and his mentor have come up with a completely new way to cook rice that reduces its calories by about 50% along with a few other health benefits. The method is basically a simple manipulation of chemistry that involves a few easy steps.

According to the researchers, they cooked the rice normally but when the water was boiling, they added coconut oil before adding the raw rice into the vessel. The coconut oil they added was about 3% of the weight of rice they prepared. After the rice was ready they allowed it to cool down in the fridge for about 12 hours.

How does this cooking method work?

You need to know a bit about food chemistry to understand what the researchers did. You see, not all starches are the same. Certain starches called digestible starches take only a little while to digest and are quickly converted to glucose and then to glycogen thereafter. Excess glycogen increases your waist id you don’t exercise enough to burn it off. There are other starches called resistant starches that take a longer time to get processed by the body. They are not converted to glucose or glycogen because we don’t have the ability to digest them and they add up to a fewer calories.

Scientific studies say that it is possible to change the types of starches present in foods by modifying their method of preparation. There are observable changes in certain foods when they are cooked differently.

Coming back to rice, the professor who supervised the research said that if you are able to reduce the digestible starch in steamed rice, you can reduce the calories. Keeping this in mind, they tested 8 different recipes on the 38 varieties of rice found in Sri Lanka. What was found is that by adding a lipid (coconut oil) before cooking the rice and then cooling them right after they were done, they were able to bring drastic changes in the composition. They say that the oil changes the architecture of the starch in rice and the chilling fosters the conversion of starches. As a result you get a healthier version of rice when you heat it up again.

The researchers were able to reduce 10 to 12 percent of the calories in rice by doing so. However, with better varieties of rice they expect to reduce as much as 50 to 60% of the calories! You can cook all kinds of indian healthy recipes or Asian recipes easily without any change in taste of rice.

How cutting calories in rice can change the world?

Cutting calories in rice seems to be a good deal as obesity is rising really fast all over the world. India and China who are huge consumers of rice are already getting affected by the rising obesity. Though rice is not the only reason for obesity but cutting down the calories in a cup of rice, even by 10 percent can have an enormous impact on health of future generations. If you are an Indian fitness freak, you will love this technique. Its great for indian baby health also.