Reclaiming the Full Intent of the Second Amendment 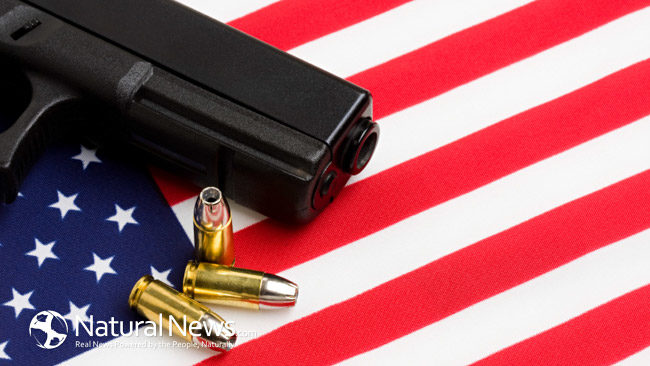 Constitutionalists as an Endangered Species

We are, as supporters of the United States Constitution and the Bill of Rights, already an endangered culture.  We are vilified in the media and in the Universities.  We are disparaged for believing in the honor and responsibility of the individual.  We remain as an unwanted bridge between self-authority; sovereignty in the life of an individual and a future in which there is no sovereignty except for that of the collective and the technocracy it will serve.

Our heirs have unwittingly accepted citizenship in the Brave New Technocracy of Globalism, with satellite surveillance, constant monitoring and a culture of self-limiting censorship.  Our grandchildren may never know the privacy of their own thoughts for those are technologically accessible even now.  They will have no free-will.

The technological sophistication and global connectedness that we adore have come in exchange for the surrender of our privacy and, though we may not have realized it, this is a seduction with a much deeper cost.  It supplants our inherent and innate capacity as natural beings, already consciously and subconsciously connected with all of existence with an artificial overlay of technology.  Instead of realizing our natural evolution as fully conscious beings, we are on the verge of becoming merely batteries in a post-human matrix.

The only thing standing in the way of the total surveillance, 5G global Nanny State is the Constitution of the United States, the Bill of Rights, and the conscience and integrity of the American people.

Progressives who pretend to protect natural and civil rights, know too well that the Constitution is the only thing that stops their march toward a totalitarian technocracy, and the imposition of what amounts to Neo-Marxist slavery.

Free speech is only for those with Soros funded scripts.  The right to assemble is forbidden to conservative voices.  Vandalism and violence are the tools of the “triggered”.   Their word play is no accident.   We are all being pitted against one another, in groups, intersecting, dissecting, and tearing us apart.

California’s globalists are attempting a CAL-exit so that they might totally reject what they view as the restrictions of the Constitution in their goal of a collectivist society.  A Silicon Valley billionaire has sponsored a ballot initiative that would keep California in the United States, but divide it into three new States, gerrymandered to weaken the conservative vote and increase California’s globalist influence on the rest of the Country.

Small businesses and the conservative middle class are being driven out of California.  With their exodus go opportunities for self-sufficiency and the individuals’ dream of economic freedom.

Constitutional conservatives, mostly in rural counties whose voices and rights have been ignored by Sacramento, vow to remain a part of the United States and are reclaiming their constitutionally guaranteed rights and their counties as “New California.”

Progressive liberals push for the elimination of an archaic Constitution that was written in part to corral the ambitions of the grifter and gangster politicians, most of them historically Democrats, who sought control over others first as slaves, then as segregated and dependent groups.  Now the Progressives are focused on grabbing guns, on defining free speech as hate speech, turning gender into biologically irrelevant pronouns, and tearing down all personal and political boundaries out of feigned compassion, all for the greater good of the collective. The Neo-Cons for their part, are helping to drive the wars.

We the people are tasked with personal responsibility as individuals and as groups of individuals to defend our natural rights as recognized and honored by the Constitution and Bill of Rights.  Our rights and our responsibilities precede the Declaration of Independence, and all of our founding documents.  If, God forbid, those who support a Constitutional Convention indeed open a door to the rewriting of the Constitution that disavows the guaranteed protection of our natural rights, we the people are still bound by our personal responsibility to the defense of those rights!

Protection of Our Natural Rights

It is likewise our right to defend our children from excessive and unnecessary vaccines, from exposure to potentially unhealthy levels of radiation from our communication devices and from 5G.   It is the right of families to educate their children at home, without the imposition of political agendas, CORE education, or spuriously constructed sex-ed instruction.

Intent and Purpose of the Second Amendment

“The Second Amendment is timeless for our Founders grasped that self-defense is three-fold: every free individual must protect themselves against the evil will of the man, the mob and the state.”

The Second Amendment as an acknowledgement and guaranteed protection of our rights.  It is as pertinent and vital today as it was when the Constitution and Bill of Rights were originally penned.

The intent and purpose of the Second Amendment was then and is now, the same. Individual people must retain the information, ability, training and weaponry to defend themselves, their homes and property, their State and their Nation, from tyranny. That holds true whether tyranny stems from outside of national borders or is rooted deep within.

A well regulated Militia, being necessary to the security of a free State, the right of the people to keep and bear Arms, shall not be infringed.

The militia IS the people, “regulated” that word meaning well trained, to use the intent of our Founders; armed not only with weapons as is our right, but also with adequate information from which to discern the truth, with a comprehensive historical perspective and with the responsibility to understand the precious nature of our rights….’all of them.

The Declaration of Independence was written by the Founding Rebels and Leaders of the Revolution to declare their defensible freedom from the tyrannical King George of England.  The arms; the weapons of rebellion were technologically equal to the weapons of the tyranny of that time.  The Framers of the Constitution would have found it unthinkable that the people of the militia would not possess adequate weapon technology to defeat the tyrannical aggression that sought to bind them.   Arms, as represented in the Second Amendment must always be equal to the weapons of tyranny of their times.

The arms that we bear in defense of our rights must be technological equalizers against the forms of aggression that have been weaponized against our health, our well-being and all of our constitutionally protected natural rights.

What this translates to is our right and capability to resist, halt and if necessary disable any and all weaponized methods and tools of aggression being used in any capacity to violate any of our constitutionally protected natural rights.

The tyranny of our time is high tech, invasive, omnipresent and insidious. It is an extension of corporate and extra-constitutional legal actions toward pacification and control.  It is deceptive, persuasive and mind-numbing in its effectiveness.  But it is nonetheless, only the more sophisticated version of the age-old quest to control the lands, the people and the resources by conquest and control.  The scale has always been global; the technology has changed.

The tyranny that our forebearers risked everything to cast off has incrementally encroached into every aspect of our lives, destroying not only our fleeting freedoms but threatening our very existence.

It is a historical prerequisite of conquest to either disarm or overpower a subject population for annihilation or control.  Every other nation whose people have surrendered their weapons; their ability to repel aggression against them, to their government in the name of a utopian peace was summarily overrun with deadly force.

How do we defend ourselves against all of this?   We must recognize this encroachment for what it is; recognize our role in shifting the course of possible outcomes, and take assertive actions to stop all treacherous aggressions against us.

“The only time liberty has appeared in human society is when the population is privately armed with deadly weapons …To reach the acme of liberty, they (the privately armed population) have to have the same weapons available to them that the government has available to them (the government)”  John Taylor Gatto assessing Quigley’s words from the book “Tragedy and Hope”

Modern weapons of war far outstrip the ability of the individual or any population to maintain the balance intended by the Framers.  Invasive surveillance, monitoring and control technologies used in war and at home are likewise upsetting that balance.  Indeed, it is apparent that weapons of stealth, in form of 5G, constant surveillance, and data gathering are already among their tools of control.

We have neither the resources nor the morbid desire to meet power for power with the advanced tech weaponry and planet killing capability of any military power, even as elements of the globalization movement would have those weapons turned on us.

What we do have is the authority to call out the perpetrators of tyranny and cast light on the insurrection against our freedom.   We have to stop being complicit in the implementation of the treason through our ignorance.  We can no longer be used like pawns in a chess game; soldiers on the field of our own annihilation.  It is our love for our families, our freedoms and our Country in which we find the strength and resolve to reclaim our rights and our authority under the law.

Every system or technology that is used to intimidate, threaten, harm, destroy or otherwise infringe upon the natural rights of the sovereign individual or State or Nation as protected by the Constitution and Bill of Rights is a weaponized system or technology.

Everything from our bureaucratic legal system, to our children’s education, to the internet, to our ability to grow our own gardens has been propagandized for pro-globalist compliance and weaponized in defiance of the protections under the Constitution and the Bill of Rights.

We have witnessed the nullification and neutering of the Constitution and the Bill of Rights in constant and incremental degrees. Weaponized bureaucracies have confiscated land and imprisoned ranchers as terrorists.  Weaponized media censors truth and honest journalism.  Weaponized surveillance invades our homes, our conversations, and eliminates our privacy.  Free speech is at a whisper and the instruments of our freedom are nearly dead.

The last bastion of defense of our rights is the Second Amendment.  Our Founders understood this when they insisted on guaranteeing this protection.  It is for this time, and for our future that we must BE the well-informed and well-trained militia.  We must recognize the cold-hearted aggression and repel it in all its forms.  Our ARMS must be the intelligence, the tools, the technology, the weaponry and the law as necessary to reinstate our natural rights under the Constitution and Bill of Rights.

We must be able to refuse without penalty, any and all technologies and systemizations of tyranny and aggression.  We must cast off the encroachment of globalism in favor of our freedom.   We must reclaim our personal integrity as human beings and reject all that would diminish our freedoms.