How to Raise a Happy Confident Daughter 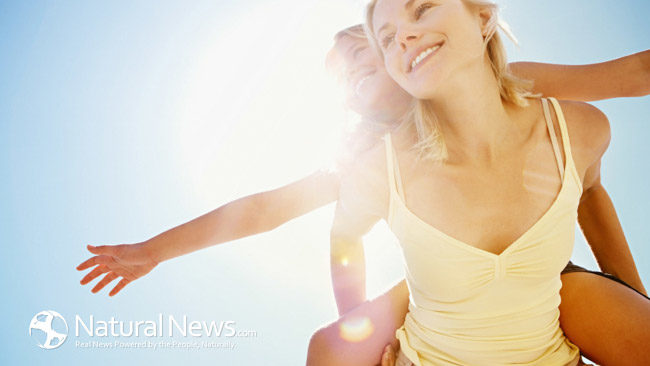 Raising a successful daughter is challenging. Social pressures about how to be better and smarter are everywhere while anxiety and depression are more threatening for young girls than boys. Girls are always put pressure on about what is expected of them and how they should behave. So, whenever they encounter difficulties, they are more reliant to desperation than boys.

However, it is possible to raise a smart and happy daughter even though the percentage of encountering depressive feelings with successful women is three times bigger than the one of the successful men. Teach them to be happy, successful and accomplished when they grow up is achievable. The question is how. Here is a list that will give you directions of what you should and shouldn’t avoid while raising a successful daughter.

Mothers are the most powerful influence in creating their daughter’s character. Despite the general opinion that teenagers are easily led by their friends, a greater number of girls report that their role model is their mother in a survey carried out by Keds and Girls Leadership. The way a mother behaves in their daughter’s presence directly impacts the child’s behavior. Therefore, mothers should pay special attention in the words they speak and acts they do if they want to see their daughters acting and behaving the same way. How mother treats other people in front of her daughter influences directly the way her daughter interacts with people around her. Things that a mother doesn’t say also have a huge impact on her child’s behavior.

Body language reveals a lot of a mother’s personality. And, daughters copy their mothers in every aspect of appearance including body image and the way she treats herself. If a mother has a low opinion about herself, then her child is likely to have lower self-esteem as well. If a mother regards herself as being fat, then her daughter is likely to copy her behavior and treat herself as fat, too.

Dad’s influence is also crucial. When a father speaks to his daughter with a calm, natural voice boosts his child’s confidence. Moreover, daughters whose fathers praise them for their behavior more than their appearance are more likely to have successful careers and be more independent when they grow up.

According to American Association of University Women girl’s self-confidence lowers 3.5 times more than boys’ self-confidence. Consequently, parents who encourage their daughters’ individuality create a base where they can rely on when they enter their teenage years. The stronger the sense of self-awareness, the better they manage in their adolescent years.  Parents who respect their daughters’  opinion and her decisions can expect them to have high self-esteem when they grow up. When your child chooses an interest, she enjoys doing, then support her by giving her the opportunity to explore it. Even if the interest is different from the rest of the family members’, try to find a way for her to develop her skills and indulge in her projects.

No matter how contradictory it may sound, letting your daughter fail can boost her confidence. When girls make mistakes, it means that they are not as good as everyone expects them to be. Therefore, they try harder until they succeed. They need to take steps and fail to try again and develop some new skills that will make them stronger and more confident. If you want to raise a successful daughter, you must teach her that failure is part of life. She better learns it while she’s still young.

Girls often manage to hide their emotions especially when they are being raised in families who taught them that, as girls, they should always feel happy and excited. However, expressing their emotions is a powerful tool for them to get to know themselves better. Furthermore, whenever they feel jealous, angry, sad, disappointed or insecure, they need to raise awareness that something is important to them and it is necessary for them to express it.

Furthermore, parents shouldn’t impose to their daughter’s that the reason they feel angry about something is not a big deal. For instance, if your girl is rejected by her friend who doesn’t want to play with her, or is not invited to a birthday party, saying to her that it’s unimportant only will make her believe that her feelings aren’t valid. She will only learn to suppress her feelings.  Moreover, parents who tell their daughters that boys treat them bad because they like them is the worst advice a parent can give. It communicates the idea that it is ok to be treated bad. Tell your child that bad behavior is not to be tolerated under no circumstances. Teach her that she shouldn’t put up with people who treat her bad. This will only give her a better image of what to expect how others should treat her.

Finally, the most important factor in raising a successful daughter is the unconditional love you can give her. Girls who are being raised in a loving and supporting homes are far better achievers than those who lack it. Whenever she faces a challenge, knowing that you love her no matter what she accomplishes, will only boost her confidence and make her stronger.