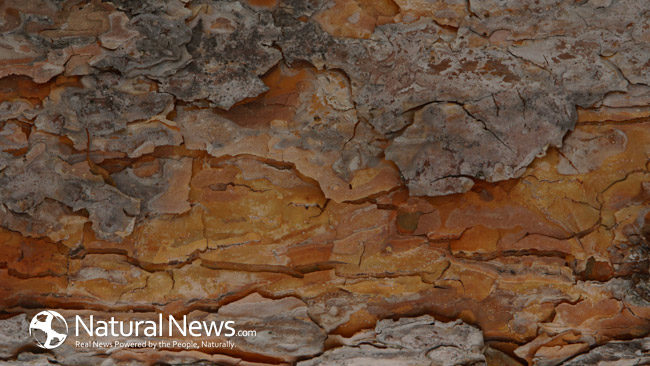 Aspirin – and before that, the willow tree bark from which aspirin was made – has a long history of medicinal use. It was used in Europe and America both and was greatly valued for its analgesic properties, particularly in the days before modern medicine developed so many new pain control medications. However, there is no denying that aspirin usage brings with it certain risks. There is, however, an alternative to aspirin which, curiously enough, is also a woodland product. It is called pycnogenol and it is extracted from maritime evergreen trees in France. Read on to find out more about the problems with aspirin and about why pycnogenol might be a safer (but just as effective) alternative.

The Problems with Aspirin

While there is no question that aspirin can be an effective analgesic for mild to moderate pain of many kinds, there are certainly some drawbacks to its usage, especially if being used in the long term. For one thing, due to the fact that it is a natural blood thinner, it can cause serious gastrointestinal issues. In one Dutch study of nearly 30,000 middle-aged women, it was found that the risk to these women for gastrointestinal bleeding and stomach ulceration due to aspirin use was greater than the cardiovascular benefits to be has from regular consumption of the aspirin. In other words, these women were better off overall without the aspirin than with it.

There is also the problem of damage to the ear and hearing. As a matter of fact, one of the major side effects of aspirin overuse is a sound of ringing in the ears, a condition also known as tinnitus. However, this is only the beginning: long-term or overuse of aspirin can also cause permanent hearing loss. That is why so many people are excited about pycnogenol, which appears to have benefits similar to aspirin but without the side effects.

An Introduction to Pycnogenol

Pycnogenol is an extract derived from the bark of maritime coniferous pine trees from the coastal forests of France. While this extract is fairly new to most people in the United States, there is some forty years of research behind it, mostly coming out of Europe, where it has a long tradition of medical use by herbal practitioners and naturopaths. It appears to be able to thin the blood as effectively as aspirin, making it a good choice for those wishing to avoid heart attacks or strokes. It has also been proven to help reduce inflammation and help patients who are living with chronic inflammatory conditions like arthritis to better manage their pain levels naturally. And there so not appear to be any adverse effects about the hearing or gastrointestinal tract to date.

Thus, those who use aspirin frequently – either for pain relief or to support heart health – would do well to consider using pycnogenol instead, as it appears to be able to perform many of the same functions as aspirin but without the adverse side effects. It can be found at most health food stores, but a physician or naturopath should be consulted before starting this or any herb to make sure there are no possible interactions with drugs or herbs already being taken.