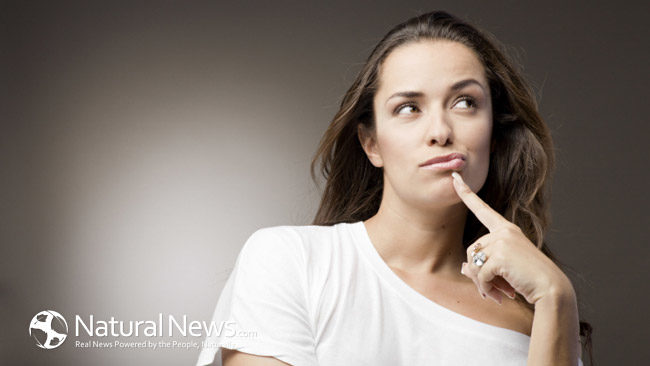 With yet another new project of mine getting underway, I began, as always, to think about motives. Leaving aside the mechanism behind my projects, I began to plumb the depths of my motivation: Why am I undertaking this particular project?

You see in other walks of life, where people work for companies and corporations and are not freelance like myself, the motivation angle is of little importance, for the projects are handed to them, generally speaking. So what remains for employees working for another is how to carry out a given task to the best of their ability.

For people like myself however, it’s of vital importance to check the motivation. Why am I undertaking this? What is the benefit or benefits both for myself and especially for possible recipients of this endeavor? Each time I choose one project over several others I make a check list just to see if the pieces fit a certain criteria.

“When love and skill work together expect a masterpiece.”

For me love must be the primary motivation, and skill the prerequisite for the completion of a successful project. Oddly enough it can work both ways. Someone can go to college, discover for example, history as their main interest, begin to excel in that field, only to realize later on in their career that love for what they do in life arrived a little later, or perchance it never arrived at all.

Perhaps through learning by rote in their formative years of study, they failed to detect a growing perfection in their learning process, much like learning to ride a bicycle as a kid. The first few hours can be hair-raising and elbow-grazing, and far from that sense of perfection, command, and control we perceive as we watch our oldest cousin or big sister spinning around from here to there, as if from the day they were born. But no, perfection takes practice, and practice, though leading to perfection, is paved with many a bloody knee or elbow. The fun part arrives later.

But the point is, that with many a year behind me I’ve reached a certain point where I’ve earned the luxury of putting love first into all my projects. I must love what I do or I won’t do it at all.

“Love in your heart wasn’t put there to stay.

Love isn’t love til you give it away.”

Surely it’s the true motive behind a perceived loving act that renders what’s given a real sense of value or, conversely, little or no value.

When a Hollywood starlet makes the news for adopting an African child, for example, then again motivation is the key to understanding whether the act is genuine or false. Since we all know that tens of thousands of homeless black kids roam America, if her motive held substance, a local homeless orphan would be the first and obvious choice. When other rich folks hit the headlines about poverty in Africa, when there are so many miserably poor folks in the United States, again the motive must be in question.

At the end of last month, over in the Spanish town of Marbella, a rich and famous married couple named Brad Pitt and Angelina Jolie entered a small art studio owned by a gentleman named David Espana. The two paintings they chose normally sold for 250 euros each, quite a bargain in my opinion. However, in spite of their great wealth they chose to haggle the artist right down to 50 euros a piece, then left with their bounty. Apparently they were house hunting and perhaps when they choose one the paintings may be destined for its walls.

Here again we present the motivation factor. Why did two rich people haggle a poor artist down to almost rock bottom? Was love the motivating factor? And if so, a love of what? Self? Selves? Or simply a love of ripping someone off?

My wife also happens to be an artist, and she is well known as such in many parts of Spain. Her work hangs on the walls of houses, penthouses and villas in Gibraltar, Sotogrande, Algeciras, Malaga, Marbella, Bilbao, Madrid, Barcelona, Granada, Ronda, Jerez, etc, etc. And here’s the point. When she began to sell her art she had to balance out the cost of her own artistic value with a price range that would not make her art out of reach of poor folks. In fact her prices were finally set at rock bottom because she enjoyed watching the pleasure her art gave to poor people.

Then after a spell, when some very rich people heard about her style of art, a problem arose. Was it fair to double or treble the price because they seemed well able to afford it? My wife and I discussed, as I well recall, the subject to great length one night, and it was apparent that her primary motive as an artist, who drew and painted people, enjoying the pleasure it gave to others, was more than sufficient a reward. Her pricing structure therefore would apply to all, and while I’m not getting into the realms of religion, another important factor lay in Deuteronomy 25:13-15, which states:

So basically what it’s saying is that it’s one price and one uniform measure for all, otherwise we may penalize someone who looks affluent, even although unbeknownst to ourselves they’re on the edge of bankruptcy, while favoring someone in rags who may be play acting to get a bargain. So a fair price level cuts out the need for haggling.

It’s different in Arab countries, for commonly, traders, when asked for the price of a particular item, will double the price expecting you to haggle them down. But this is not the case in Spain. So, before we depart the subject of “Brangelina” I suggest that when a film company considers either of them for a star part, they should sit back, ask them how much they expect in remuneration, then tell them that you’re cutting it by two thirds. Take it or leave it.

There are many great though  penniless artists in this world, and many great actors who will never scale the heights of stardom.

”Pain and fear and hunger are effects of causes which can be foreseen and known: but sorrow is a debt which someone else makes for us.”

That’s quite a statement by Freya Stark. Pain, fear, hunger can be foreseen and known. The question is, what do we do about it?

Back in 2004 a very close friend of mine passed away at 84-years of age. He was a great fan of the lady who’s quoted above, named Freya Stark. Hamo, my friend, was booked in by his wife to the doctor for a checkup, something Hamo would not have chosen to do himself. After some tests the doctor explained that Hamo was en route to contracting prostate cancer.

Apparently it was something called a PSA test that led the doctor toward the big C story. I knew, even back then, that the PSA formula was untrustworthy and told Hamo and his wife, but he replied by saying, “If you don’t mind, I’d rather go with the doctor’s advice.”

In Ty Bollinger’s book, “Cancer – Step Outside The Box”, reads the following:

“The PSA test has been such a dismal failure in detecting prostate cancer, it’s inventor, Richard J. Ablin, has been speaking out against his own discovery for more than a decade!”

Suffice to say, the doctor’s “cure” became the Lord High Executioner for my friend Hamo. The medication provided was changed midstream, and that which took it’s place, though valuable as revenue for the doctor and Big Pharma, did Hamo no good at all. Finally, his doctor told him to go home and die. The process took a few months, and he withered away.

But he had one thing that carried him through, providing great comfort and strength, and that was a book written by the above quoted Freya Stark. The book was entitled “Perseus in the Wind.” A volume never to leave his side up to the end. He read it from cover to cover and back again, over, and over.

When he passed on, I borrowed the book through curiosity. Why was it so enriching to him? What was in it? Well, the publication provided a means of escape for dear Hamo. Instead of counting the weeks, days, minutes, seconds, of his closing life, he flew into the world of another. A real life adventuress who tapped out her experiences that she had around many exotic parts of the world.

Freya Stark’s books are brilliant, mainly because her motivation for writing said volumes was true. She loved different cultures. People of different natures. Of worlds within the world, that few venture out to explore. Her primary motive was love. Whereas the primary motive of Hamo’s doctor, and the pharmaceutical industry he served, was gain.

Hamo was a patient on the surface of things, yet underneath he began to realize that he was, to all intents and purposes, a victim. Yet truth be known, he chose to become a victim through letting his fear get the better of him. A fear his doctor was most learned at stoking, as if it were a fire.

Though perhaps most people fear the natural world, with all that it provides, more than they fear Big Pharma, in spite of the fact that nature provides solid cures for real problems, whereas Big Pharma provides a problem for a problem, that when proven ineffective is replaced by another problem. Hamo discovered that the “life-saving” drug he was on was replaced as it proved ineffective, and its replacement proved equally ineffective until life’s end.

That which primarily motivates anything, any project, if it’s based on love and respect for others, is certain to bear fruit. But if gain is the motive, wealth can be achieved, but at what cost?

Freya Stark suffered problems and ill-health throughout her life, but her words sparkled and shone like diamonds. Her pain was hidden between the lines and pages. Yet regardless of her personal problems, she avoided as much as possible our modern-day medical profession, and its drug barons. She outlived dear Hamo by more than 16 years, and passed away some weeks after her 100th birthday.