Public Speaking Tips to Learn From Stand Up Comedians 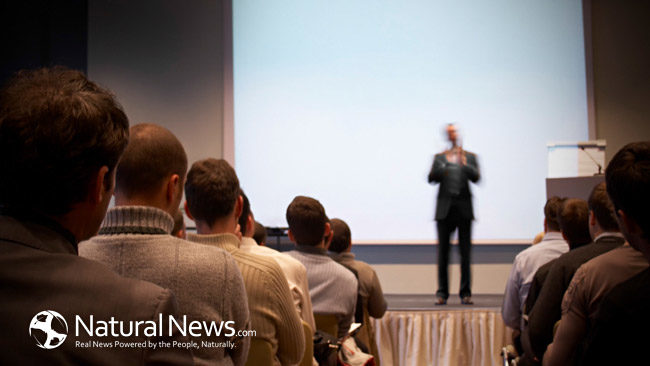 Speaking in public isn’t the easiest of tasks for a lot of people. Whether it’s stage fright or lack of confidence, learning public speaking skills can help to alleviate anxiety and improve the success of your speech. Talking in front of people is commonplace when you’re in school or work in the business field. The common tips you’ll learn is to make eye contact with multiple people in the audience and to speak loud and clearly. However, learning from folks in the business industry isn’t the only way to improve your public speaking skills. Standup comedians know it the best – not only do they have to talk to a large crowd, they also have to make them laugh. Below, you’ll find a couple of tips that many comedians use to enhance their public speaking.

Enjoy the Applause and Laughter

If your audience is applauding you or laughing at a joke, don’t rush along with the rest of your speech too soon. Bask in it for a little while, allowing them to appreciate you. Not to mention, this could also help to boost up your confidence. You may notice comedians like James Acaster and Chris Addison using this method during their shows. Being dynamic can help keep you and the audience at ease and create an interactive environment – all of which audiences love.

Watch any great comedian and you will notice that the timing seems to be well rehearsed. Of course, this couldn’t really be possible, since the audience would have to be in on the jokes as well. But there is a way to enhance your inner clock. Knowing when to talk and when to pause can help make your speech seamless. Have you ever heard of someone giving a speech and speeding through it? They fumble with their words and their body language is off-putting. Plus, understanding what’s being said is rather difficult in these cases. For performing comedians, it’s all about the setup, delivery and the payoff.

The Power of Three

When comedians are performing their jokes, you’ll typically find a steady series of threes. The third part of an act is the most powerful and brings the most laughter and applause. This tactic can also be applied to your public speaking events. Try building up your concepts, then delivering the most powerful one the third time around. This can help to keep the attention of your audience and offer influential information.

Comedians know that explaining a joke can kill it. If it wasn’t funny, and no one laughs, then the joke just wasn’t amusing. Going further with it will just be overkill. The same goes for public speaking. Don’t overly explain yourself – choose the right words to enlighten the audience on your ideas, then let it be. Spending too much time explaining any one idea will take away the essence of your speech and possibly irritate or bore the crowd.

When it’s Over, Bow and Take a Seat

You won’t see a good comedian dilly-dallying on stage after his or her time is up. They take their bow, allow the applause and then leave the stage. Adding on extras or talking more is irrelevant. The same goes for public speaking, especially when there are others who have to speak after you. When your time is up and you’re receiving applause, you completed your mission. Now, it’s done.

How tacky would it look if you went to a comedy show and saw the comedian reading Notecards during the performance? It looks unprofessional and makes you seem unprepared. When you’re giving your speech, you want to seem well-versed. Try to remember what you’re going to say and think of triggers that can help you to remember the different points you want to make. Practice makes perfect, so don’t be embarrassed to talk to yourself in the mirror. This can help you evaluate your presentation, while helping you to memorize your speech.

Loop Back to Wrap it Up

At the end of a comedy show, you may notice that some comedians loop back to earlier jokes. They will reference the jokes that the audience found the funniest because they typically consist of topics that are very familiar. To use this tip, you can reference the points you’ve made earlier in your speech at the end. This will help to sum up your ideas, so that they sink into the minds of your audience. It will also help to make your speech more impactful.

Public speaking isn’t difficult to master. With practice and good tips, you could be on your way to perfecting your speeches in no time.

Jessica Gerber has been a freelance writer for last 11 years. She attended the University of Boston and graduated with a Bachelor in English Literature. She loves public speaking and motivates people in her own comic style. In her career, she has written dozens of Press Releases, Articles, and Essays.