PROOF Big Pharma Wants You to Be Sick 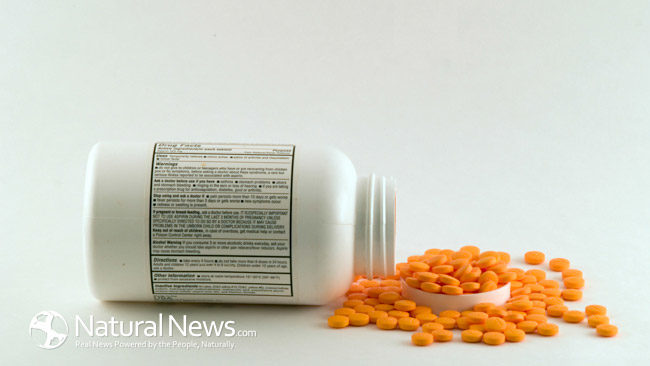 Pharmaceutical companies by and large are in the business of sickness.  Objectively, corporations, especially publicly traded corporations, exist to make a profit.  They most commonly do this by making a product to sell to consumers, who corporations hope to turn into repeat customers, on monthly or yearly bases, to maintain and increase revenue streams.  Without customers, corporations go bust.

For pharmaceutical drug companies, customers are those with illnesses.  To profit, like in any other business, these companies must expand their customer bases and secure repeat customers.  In the drug business, expanding the customer base means finding ways to make more people sick, or changing the definition of, or inventing entirely, diseases to apply to more people.  Securing repeat customers means making sure people who buy their products (drugs) continue to do so on a continuing (in their case, monthly is most common) basis.  Losing a customer means losing the customer to a competing drug company, or worse, losing a customer to a lack of disease and good health.  The biggest threat to a pharmaceutical company is a cure.  With a cure, all their products (drugs) become obsolete, they lose all their customers for that market, and if they aren’t sufficiently diversified (with products, i.e. drugs, for other diseases), they go bankrupt.

Is it then mere coincidence that cures for major diseases have been almost non-existent since polio (in the mainstream Western medical view, that is), but that drug companies spend billions to come up with drugs that miraculously only treat symptoms without curing anything, while requiring continuous usage and thus repeat purchases, often for the duration of the person’s life?  Or that every drug causes a series of short- and long-term side effects that virtually ensures that the person who uses it will be diseased in the future, rendering that person effectively a returning, “loyal” customer?  Or that every year new “diseases” seem to spring up for even normal developmental behaviors (look up “Obedience Defiance Disorder”)?  Meaning, is it just coincidence that one, the products (drugs) pharmaceutical companies develop, and two, the ever-expanding definitions of diseases that encompass increasingly broader segments of the population, fit the perfect, standard model for long-term, consistent corporate profit?

By itself, this is circumstantial evidence that points to but does not prove mal-intentions, and it’s often brushed aside as such.  But if you want proof that pharmaceutical corporations knowingly, intentionally want to make people sick to profit from drug sales, here is some.

In this press release for the drug Asacol, Tillots Pharma AG signed an agreement with Korean drug company Daewoong Pharmaceutical to allow the latter to market and distribute Asacol in South Korea.  The release reads as follows, and the link is listed after:

“Asacol is the world’s leading drug for the treatment of Inflammatory Bowel Disease (IBD).  Today IBD is still a fairly rare disease in Korea.  However, as Asian countries assume Western cultural practices, especially food habits, along with changes of the Environmental factors, we expect a significant increase of IBD sufferers also in Asia, says Thomas A Toth, Director of Business Development at Tillotts Pharma AG.  We are very happy with our choice of Partner in Korea.   We are confident that Asacol will become market leader also in Korea.”  http://www.evaluategroup.com/Universal/View.aspx?type=Story&id=156513

Not only does this press release admit with no equivocation the desire to profit off those with IBD, it makes clear that the two companies hope to profit from an expanding customer base of IBD sufferers.  Most importantly, however, it admits, in writing, that Western food habits are one of the primary causes, if not the main cause, of IBD.  That the company understands that food can be a primary cause of disease, and that it applauds the exportation of Western food habits to Asia, means that it consciously knows not only that improper food can cause IBD, but also that proper dietary food intake, given healthy environmental factors, is enough to prevent IBD, and therefore (big moment) possibly treat, and even cure it as well.  This runs completely counter to the Big Pharma lobbied-for Food and Drug Administration legal mandate, that “Only a drug can cure, prevent, or treat a disease.”  This is an outrageous statement that these pharmaceutical drug companies themselves recognizes as not true, so much so as to clearly state it in a formal press release.

However, it seems clear the companies only intend to profit off this trend, and in no way plan to interfere with the proliferation of IBD in Asia, if not encourage it.

In contrast to the view of those who call it mere conspiracy theory, this press release adds serious credence to the view that pharmaceutical companies tacitly work in tandem with Western food companies to promote ill health and disease, since it is clear the two drug companies fully understand and consciously intend to profit from the causal connection between Western food and IBD.  This might give you a little pause the next time you see a KFC ad to buy a bucket of chicken to support pharmaceutical research into a cure for cancer.