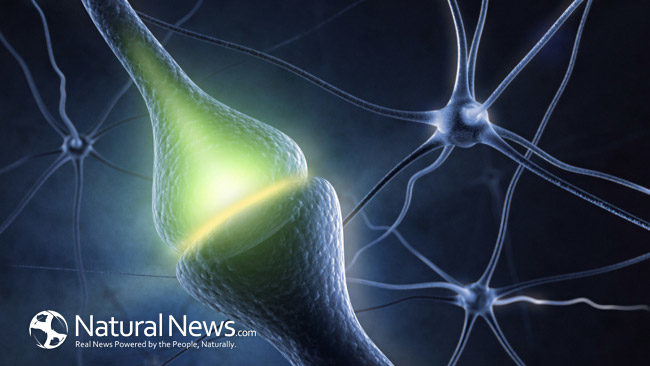 Multiple sclerosis (MS) is a very interesting disease. There are two alternative treatments which can reverse it and a couple of herbs, including kratom, which may prove more or less effective in treating the symptoms.

Conventional medicine researchers, on the other hand, have spent $610 Million over the past five years, with no cure in sight. The pharmaceutical industry seems to have no interest in therapies that don’t require drugs, even if they are successful.

What causes Multiple Sclerosis and what are the most effective alternative treatments?

All the major schools of medical thought seem to agree that multiple sclerosis occurs when the myelin sheathing insulating the patient’s nerves becomes damaged. Beyond this fact, which can be confirmed by observation, the medical doctors, naturopathic doctors, and the alternative practitioners cannot agree on why it happens and what to do about it.

Conventional MS treatment protocols depend on the use of synthetic man-made pharmaceutical drugs which are ineffective for treating the root causes of the disease. Two alternative methods of treatment claim success in reversing the disease, even though their methodologies are in many ways opposed to each other.

Herbal Treatments Which Are Being Used

The herb kratom also shows potential in treating the symptoms of pain and fatigue. It may help with clearing up the “brain fog”, too.

Marijuana appears to help in some, mainly subjective, ways but cognitive function and working memory were made significantly worse in those regular marijuana smokers when compared to those who had never smoked. The newer CBD (cannabidiol) products may improve on this.

It is very interesting that conventional medical researchers seems to inhabit a planet of their own, having learned little from alternative protocols that are actually reversing the disease.

Conventional practitioners struggle to produce small changes in the progression and severity of MS, but these limited successes come with the baggage of unpleasant side-effects.

Conventional MDs have a plethora of drugs to use on every conceivable symptom of MS. Could it be that the pharmaceutical industry has no interest in curing a disease which is so much more profitable when only the symptoms are treated?

Or, are they stymied by the fact that repairing the myelin insulation of the nervous system cannot be done using the one tool they have limited themselves to — synthetic chemicals?

Most medical doctors tend to take the standard approach that “Multiple Sclerosis is an auto-immune disease.” They say the body is — for some unknown reason — attacking the myelin sheath that insulates the patient’s nervous system and brain.

This point of view gives them permission to bring out the “heavy artillery” and use drugs to counteract the body’s own responses to disease.

This treatment protocol is reinforced by the fact that MS can be a very profitable disease, when treated this way: roughly speaking, $8500/yr to more than $54,000/yr per patient, depending on the treatments used.

It is interesting (but not surprising) that a cure was found by two very different “alternative” segments of the medical field. Both have been ignored by the mainstream medical community.

Dr. John McDougall has carried on the work of his mentor, Roy Swank, MD, who found he could reverse multiple sclerosis by putting patients on a low-fat diet — little meat, poultry, fish, eggs, or milk products, with lots of vegetables, whole grains, fruit, and nuts.

Dr. McDougall’s belief is that the “autoimmune reaction” taking place in the patient is actually a reaction to particles of undigested animal proteins entering the bloodstream through a “leaky gut”.

The Swank MS diet, now widely promoted by Dr. McDougall, has been very successful for those who have followed it. What is remarkable is that mainstream medicine has largely ignored it.

Another view of MS is held by Naturopathic Doctors, who say our body doesn’t get enough cholesterol through our diet.  All the vegetable oils — and transfats — that have been added to our food to replace the taste and “mouthfeel” of animal fats create a firestorm of free radicals which eat away at the myelin sheath that protects our nerves.

To Dr. Wallach, Multiple Sclerosis is a deficiency disease; not an autoimmune disease.

About the only thing that Dr. McDougall and the Naturopaths agree on is that vegetable oils and transfats need to be avoided.

Dr. McDougall claims that taking vitamins are unnecessary and even dangerous, while the Naturopaths, under the leadership of Dr. Joel Wallach, have good evidence that there are insufficient amounts of 90 essential vitamins, minerals, amino acids, and essential fatty acids in our food, and therefore supplementation of our diet is mandatory.

Oddly enough, both the vegetarian/vegan diet protocol and the heavily-supplemented omnivore protocol reportedly produce a complete reversal of multiple sclerosis in human patients. You can choose which one appeals to you.

So, Where Does Kratom Fit Into This Picture?

Because there are diffuse and scattered pains associated with MS — and kratom is a very successful pain reliever in all parts of the body — kratom would seem to be useful in managing MS pain.

Another area in which kratom might be helpful is to counteract the fatigue that is common with multiple sclerosis. We know that kratom has one adrenergic alkaloid which stimulates the adrenal glands gently to produce alertness and energy.

We also know that kratom has some alkaloids which act as muscle-relaxers and others that provide immune system support. I have seen nothing in the scanty medical research done on kratom’s alkaloids and other compounds which would indicate it would be dangerous or counterproductive to the healing of the myelin coating of the nerves in those suffering from MS.

On the positive side, we do know that kratom contains epicatechins, similar to those found in green tea, and other antioxidant compounds which may aid the body in protecting the myelin against further free radical damage.

Kratom would seem to offer benefits for dealing with the pains, fatigue, and brain fog of multiple sclerosis, based on the reports of those who use it.

What is appealing about the Vegan and the Naturopathic approaches to treating MS is that both support the body’s effort to repair the damage to the protective insulation of the nerves. Both methods remove a known cause of inflammation and free radical damage which has increased along with the prevalence of MS in recent years — the use of vegetable oils in our diet. All these oils quickly become oxidized to some degree and cause inflammation within the tissues of those who consume them.

In the final analysis, we all “Pays our money and takes our chances“, as the old Cockney saying goes. It would seem most promising to bet on methods of treatment that have produced a complete reversal of Multiple Sclerosis, rather than the conventional protocol which is expensive, has no firm idea of why the disease is occurring, and provides no nutritional support for repairing the damage to the myelin sheathing of the nerves.

Here is Dr. McDougall’s Vegan approach described in a video

To obtain Kratom for your own research, visit OnlineKratom