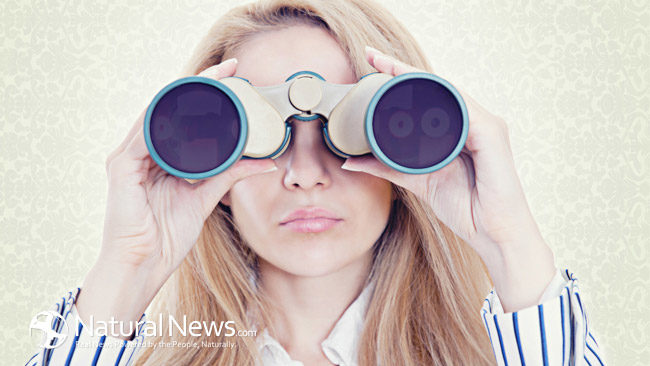 Facebook seems like a dream come true for the intelligence agencies in America. No longer does Big Brother need to tap a phone or rummage through someone’s garbage can to collect the data that they so desperately ‘need to have’. Nowadays people are all too eager to post the most sensitive information about themselves on Facebook – everything from pictures of their loved ones and their current location, to who they are dating and what they had for lunch.

It seems to me that the U.S. intelligence services, who have long had an obsessive compulsion for sweeping up detailed information on just about every citizen in this country, and who have billions of dollars and the most sophisticated technology at their disposal, wouldn’t just sit around twiddling their thumbs waiting for such an incredible ‘gift’ to be invented by some dorky college geek.

Recently I came across an article in Wired magazine that was written in 2004. The article, titled ”Pentagon Kills Lifelog Project” was an account of a recently cancelled project operated by DARPA, the technological arm of the Pentagon. According to the article, Lifelog sought to ”gather in a single place just about everything an individual says, sees or does: the phone calls made, the TV shows watched, the magazines read, the plane tickets bought, the email sent and received. Out of this seemingly endless ocean of information, computer scientist would plot distinctive routes in the data, mapping relationships, memories, events and experiences….LifeLog’s backers said the all-encompassing diary could have turned into a near-perfect digital memory, giving its users computerized assistants with an almost flawless recall of what they had done in the past. But civil libertarians immediately pounced on the project when it debuted last spring, arguing that LifeLog could become the ultimate tool for profiling potential enemies of the state.”

The article went on to say that researchers close to the project weren’t aware of why it was cancelled and spokeswoman Jan Walker simply chalked it up to a ”change in priorities.”

Strange then isn’t it, that the article retailing the details of this cancelled project just happened to be published on the exact day that Facebook was launched – Feb. 4, 2004.

Facebook achieves all of the stated ambitions of Project Lifelog with none of the potential illegality. Is it really too much of a stretch to wonder if perhaps Lifelog wasn’t cancelled after all, but was actually renamed and sent out into the world as ‘Facebook’ after reaching its preliminary culmination? Certainly anything that catches on so fast and becomes such a dominant part of people’s lives all around the world must have some serious clout behind it. Especially when the obvious potential for espionage on a grand scale is taken into account.

Is it possible that Mark Zuckerberg might just be playing the role of the ‘gosh golly gee whiz’ public face to help sell this nefarious deep-state surveillance apparatus to an unsuspecting population? and that possibly all his billions of dollars aren’t in fact his own but are provided for him by his handlers? Maybe this could explain why in December 2012, Zuckerberg announced that over the course of his life he plans to give the majority of his wealth to “advancing human potential and promoting equality”. Viewed from another perspective it’s possible this could mean he is playing with house money, and when his service to the project has expired he returns the fortune through ‘charities’ equipped with back-doors leading right into the hands from whence it came, or is forced to donate it to specific causes which further their various agendas.

Without question the timing between Lifelog being ‘scrapped’ and Facebook being launched should be enough to raise more than a few eyebrows. Whatever one’s personal belief is on this, at times, speculative article, I think we should all be able to agree that it is a terrible idea….nay completely insane, to post sensitive information about one’s self and/or their loved ones to a platform that has been repeatedly exposed for selling people’s data to third party corporations who strangely have a vested interest in purchasing such things. This sad state of affairs would have been beyond unthinkable just a few short decades ago when our parents valued concepts like inalienable rights – e.g. the right to privacy. Somewhere George Orwell’s face is contorted into a horrible grimace as he gazes down upon a world not even his powerful imagination could have created.