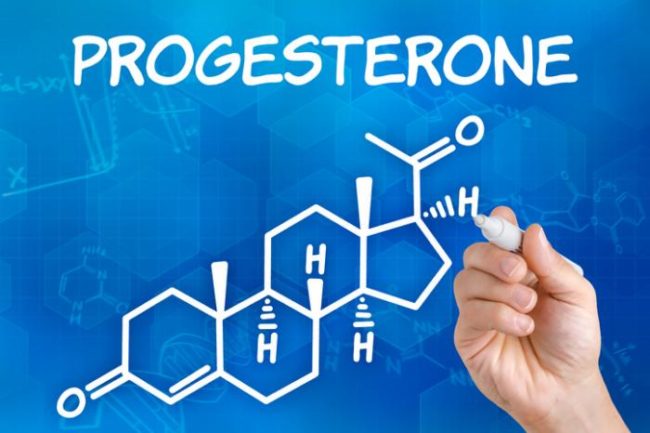 Some trends within conventional medicine are tragic– and dangerous. A case in point is how traditional medical “wisdom” has deemed the natural hormones in a woman’s body as harmful and even cancer-producing. The fact is your natural hormones are part of your biological make-up (whether you are a man or a woman). They don’t need to be suppressed and there is no need to fear them. Your naturally-produced hormones, includes progesterone, don’t cause cancer, but xeno-hormones, including xeno-estrogen and xeno-progesterone, definitely do.

The Truth about Natural Progesterone

Everybody knows about estrogen and many have even heard about the importance of checking “estrogen levels” for health. Few have heard about progesterone, however, which is an essential hormone produced through the delicate communication between the pituitary gland and the hypothalamus.

Why do we need progesterone? As it turns out, progesterone is “counterpart” and is a vital part of many functions in a woman’s body. Progesterone helps the body prepare the ovaries and mammary glands for the possibility of pregnancy. For young women, it aids in many developmental functions, including breast development.

It is very important that a woman maintain a solid balance of natural estrogen to natural progesterone. In fact, if this balance is off just a little, the entire endocrine system can become imbalanced and that can affect the whole body.

Xeno-progesterones are another story altogether, however. Xeno-progesterones, like xeno-estrogens, are created through ingesting chemical toxins either through food, water, air or beauty products applied to the skin. Research is also discovering that having an excess of xeno-progesterone in the body– because the liver cannot break down its chemical precursors or because of improper methylation— may pose just as high a risk of breast cancer as xeno-estrogens.

Here are some common chemical sources of xeno-progesterones that may surprise you:

What about Bio-Identical Progesterone?

Traditional cancer protocols will have women who have “progesterone-positive” breast cancer use synthetic hormone replacements such as Tamoxifen or Anastrozole along with other conventional cancer treatments. Women who have hormone imbalance are also often prescribed progestins as part of conventional hormone replacement therapy. As with all pharmaceuticals, these pharmaceutical drugs come with some devastating side effects, including breast cancer and heart disease.

Utilizing natural sources of progesterone as part of Bio-Identical Hormone Therapy, however, has been shown to have no side effects whatsoever. In fact, a study conducted at National Taiwan University Hospital in Taipei found that using natural progesterone alone led to significantly decreases in breast cell proliferation.

That being said, don’t guess when it comes to your health. Before you begin any kind of hormone therapy, including Bio-Identical Hormone Therapy, be sure to have your hormone levels tested first to find out exactly what you need. Many quality labs have easy at-home saliva hormone testing available. Getting tested may also help you prevent breast cancer since breast heath is influenced by estrogen dominance as well as major deficiencies in substances like vitamin D and iodine.  At-home saliva testing may include measuring these essential elements as well as your bio-available or “unbound” hormone levels.

Natural Progesterone is Not Your Enemy

Conventional medicine will have you believe that your own hormones are your enemy and can cause cancer. I hope you can see by now how untrue this is. After all, if it were true, every 18-year-old out there would have breast cancer!

Here is the bottom line when it comes to progesterone: it is Xeno-progesterones, like xeno-estrogens, that can raise your risk for breast cancer and other reproductive imbalances. Remember that your natural hormones, however, including progesterone, are vital substances in your body and can actually be your allies for breast health!