Processed Foods can be worse than Alcohol & Hard Drugs 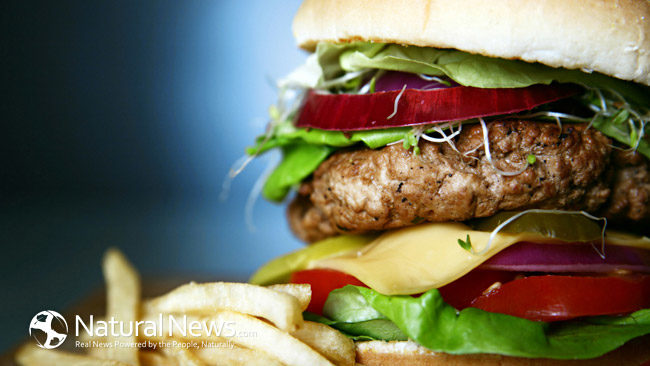 Within the natural health community, it is relatively well known that processed foods are to be avoided like the plague, but that doesn’t stop us from occasionally pigging out on these dangerous foods from time to time. On these occasions, it’s nice to have a little friendly reminder about the impact that they are having on your body.

Processed foods can include anything that has been altered from its natural state. This doesn’t just mean your regular pre-packaged supermarket ready meals or fast food takeaway; it can also include things like your breakfast cereals, canned vegetables, bread, soft drinks, milk and even fruit juices. While not all processed foods are bad for you, such as the processing involved in extracting oils from seeds, it’s important to be aware of the most dangerous ingredients that are mixed into your foods. For this reason I have listed just a few of these nasty ingredients.

Monosodium glutamate is an additive used to trick your tongue into believing that the food substance you are consuming is protein rich and therefore nutritious. It is a cumulative excitotoxin which can stimulate the cells in your body to the point of damage or death; the fact that it is cumulative means that MSG’s stick around and build up within your system after each meal. MSG’s have been linked to a wide variety of different illnesses including brain damage.

Aspartame is an artificial sweetener that is added to a large range of different “sugar free” products. When it enters the body, it is broken down into formaldehyde; a well-known toxin responsible for some nasty illnesses such as cancer, diabetes, epilepsy and even birth defects amongst others.

Genetically modified fruits & vegetables have had their DNA coding changed in order to produce pesticides. One of the most notable pesticides used, known as “Roundup” has been linked to cancerous growths; while meats can contain high quantities of growth hormones and antibiotics. Additionally, non-organic foods are generally irradiated and drained of many vital nutrients.

The fructose contained within sugars such as sucrose and high fructose corn syrup is not required for the body (unlike glucose) and prevents your brain from communicating with leptin (a hormone responsible for suppressing appetite). Since you’re not getting “full up”, it can result in overeating and has been linked to the obesity crisis plaguing Western civilisation today. It has also been linked to type II diabetes, cancer, heart disease and a wide range of other illnesses.

Millions of people have found that just changing their diet has helped to rid themselves of many severe medical illnesses. These are just a few of the dangerous substances contained within processed foods, often the ingredients listed above are not even correctly labelled on the packaging. To avoid consuming them and putting your body at risk of illness, they should be avoided to the best of your abilities and replaced instead with nutritionally rich home prepared meals.

Aspartame: Methanol and the public health

MSG: A villain and promoter of liver inflammation and dysplasia

High-fructose corn syrup role in the epidemic of obesity