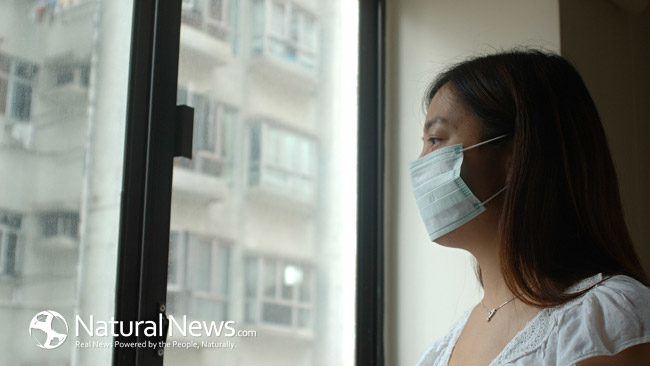 In a recent press release titled “Rapid Ebola Infection Cure, November 22, 2014” Drs. Robert Rowen, of Santa Rosa California and Howard Robins, of New York City, have announced the first cure of the Ebola infection in the world with a safe treatment costing less than 40 USD. The treatment’s main pillar consists of direct intravenous infusion of ozone gas (DIV) with the additional aspects of oral vitamin C and glutathione support.

On Friday November 14, 2014, a physician at an Ebola treatment center in Sierra Leone in West Africa accidentally stabbed himself with an Ebola contaminated needle. Fortunately for the unlucky physician, Drs. Rowen and Robins had just finished an on-site training in Sierra Leone of the Rowen-Robins Ebola Treatment Protocol for the region’s health care professionals battling Ebola. According to the press release:

“Upon the emergence of symptoms 2 days later on Sunday November 16, he called Kojo Carew, MD of Freetown, Sierra Leone. Dr. Carew is the physician in charge of maintaining the program and equipment/supplies brought and taught by Rowen/Robins who came to Sierra Leone to teach the protocol at the invitation of President Ernest Bai Koroma in October 2014. The infected doctor did not return to work on Monday November 17, 2014, which became his first day of treatment.”

The press release goes on to describe the immediate collaboration across borders that lead to what appears to be the world’s first successful cure of the Ebola infection.

“Dr. Rowen was informed of the needle stick on Sunday November 16, 2014, but was not advised that symptoms had yet developed. Rowen sent back instructions to treat him preventively and immediately with the protocol, believing the exposed doctor to be at great risk for symptoms to develop within 5 days. Dr. Robins, informed shortly after, concurred with the preventive protocol and urgency of treatment”

This press release comes on the heels of November 7th interview of Dr. Rowan by Alex Jones of Inforwars.com in which the doctor chronicled his recent experience teaching the medical professionals in Sierra Leone. Particularly telling was Dr. Rowen’s description of the suppression he witnessed by the Minister of Health and his Deputies concerning his ozone therapy. According to Dr. Rowen’s account, “The medical staff at the Ebola center jockeyed, they vied to get (ozone) treatments to protect themselves.” He continues, “A call came in when we were there from the Minister of Health and then a second call came in from the Deputy Minister of Health telling the military major (who was in charge of the government facility) “If you value your job, there will be no ozone treatments at the facility””. Against this backdrop of information, one can get a better understanding of the November 22nd press release when it states:

“The doctor chose not to get an Ebola blood test at the time. A positive test would have mandated forced confinement in an Ebola treatment center where he would have been denied the ozone therapy. He believed this would likely have cost him his life, as the best clinics in Sierra Leone have a 60% death rate.”

Dr. Rowen has been working with ozone therapy since 1986 which makes him the most experienced practitioner in North America. According to Dr. Rowen, the key benefits of ozone therapy are:

Taking the press release at face value, it would be of great importance for sustained, worldwide pressure to be applied to Dr. Abu Bakarr Fofanah, the current Minister of Health and Sanitation who is running the conventional Ebola treatment facilities (minus ozone therapy) in Sierra Leone. It is essential that he understand that the world’s eyes are now on him and evaluating his reasoning to exclude, what appears to be, a viable Ebola cure available to his people now.