President Elect And The Challenge of Sludge 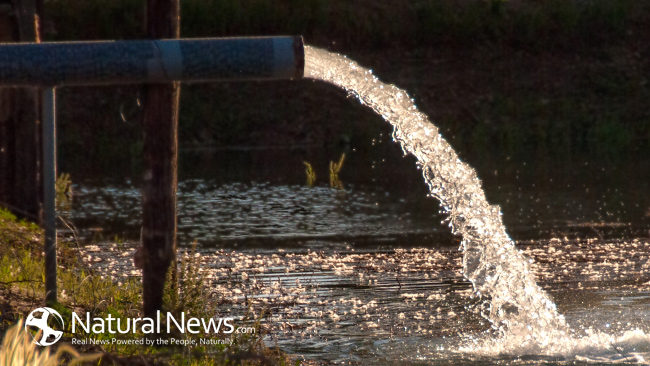 It’s been a month since the most historic elections of our lifetime. The liberal left ran out of tears of despair and outrage, the celebrations of Trump supporters subsided, commentators and media pundits are losing their steam. The world didn’t come to an end, and Donald Trump in the Oval Office is what’s in store for our country as of January of 2017. Our new President – like him or not, is busy selecting his Cabinet.

I have to admit that I was less than thrilled with a Trump candidacy, extremely apprehensive about him winning the elections and just when I considered softening my stance – he selected Tom Price for the Secretary of Health and Human Services. Price – the Republican representative who voted for DARK Act, a big victory for Monsanto. Mike Pompeo – Trump’s appointee for the CIA leader, is also in favor of DARK. But I choose to believe that everyone is entitled to a change of heart and maybe those two men have since reconsidered their position on GMO food. One can only hope.

I don’t know if Donald Trump and his newly appointed cabinet members read Natural News blogs, but I do believe in miracles. Especially this time of the year, with Christmas approaching, new hope for our Country again in the air, as well as the smell of gingerbread, cinnamon and spruce.

If you take a look at my previous blogs, you will understand why I don’t like the land application of sewage sludge. Sewage and industrial sludge are being spread on the land all across the country for some 40 years now.  It’s advertised to the general public as a “natural fertilizer” by both government entities (EPA, USDA, state and local governments) and private industry – wastewater plants and waste distributors. Aside from some obvious benefits that sewage sludge possesses to promote plants growth (minerals and nutrients), this material is chockfull of pollutants and toxins detrimental to humans, animals, and the natural environment. Only a tiny fraction of the beneficial components present in sludge are used by crops, everything else either persists in the soil or is washed off with the rain to the ground and surface water.  That includes a myriad of toxins, pollutants, and pathogens.

Land disposal of this unfortunate byproduct of consumer’s society is the cheapest and easiest way to get rid of it. This practice has long term serious consequences, a fact that is being withheld from the unsuspecting, uninformed and uninterested public. The society is already paying the price for this status quo in the form of increased food-borne illnesses and epidemics of a variety of chronic conditions. Conditions in part due to the long-term exposure to the pollutants and toxins originating in the land applied sludge and working its way up the human food chain.

There are reports of human deaths, cattle deaths and solid scientific evidence of crop plants reuptaking toxins introduced to the soil via the biosolids route. This is not the usual scientific banter about the man-made global warming impacting future generations. This is the NOW, the reality of countless rural communities all around the country duped into believing they are applying “beneficial biosolids” to the farmland; people are being lied to by the government and private industry. People are paying with the health and wellbeing of their families and communities for the greed, ignorance, and corruption of the waste management system. The environment they live in is damaged and polluted, their land becomes worthless and houses uninhabitable.

And by a vast majority, this is Donald Trump’s electorate. The forgotten men and women of our American countryside. They came in unprecedented numbers to vote for a man who promised a new deal, offered to drain the swamp and promised to act on their behalf to change the government that no longer represents them.

A CALL FOR ACTION

Mr. President – Elect, this is a most perfect opportunity to deliver on your promise! Yes, it is sludge; human and industrial waste; gross, putrid, toxic byproduct of our industrialized society.  I’m sure your real estate properties are a substantial contributors to the sewage system, therefore – contribute to the production of treated sewage sludge – euphemistically called biosolids.  Concentrated million fold in the wastewater processing plants and then spread on the soil all across the country under the pretense of fertilizer – biological pathogens, endocrine disruptors, plasticizers, nanoparticles, pesticides and toxic organic chemicals. The full list is very long, not fully known and likely – not knowable.

This toxic waste should never be applied to the land, it is not and never will be a soil amendment. It’s toxicity to humans, and the environment grows with the increasing amount of toxic components continually added to the mix. New drugs, chemical compounds, additives invented almost daily – eventually find their way to the municipal and industrial sludge and end up spread on the arable land.

But the current status quo is also a business opportunity, and I’m sure Donald Trump – a successful businessman can appreciate a good deal when it comes his way. He promised jobs and revitalization of our economy. Well, there it is – an opportunity to employ thousands in new facilities where sludge will be transformed into the biofuel via the gasification or pyrolysis.  High-efficiency incinerators will produce heat and energy, which translates into more employment, more investment opportunities and better, more economical use of available resources (aka – sludge).

And let’s not forget the environmental aspect of this scenario. The new EPA head – Myron Ebell of the Competitive Enterprise Institute, a libertarian think tank is a new arch enemy of all liberal environmentalists screaming bloody hell about this appointment to Trump cabinet. Ebell was labeled as a climate change denier, an anti-environmental monster in charge of Environmental Protection Agency. Here is a perfect opportunity for the new EPA head to prove them all wrong.

The EPA was and is a big player in the current sad state of the biosolids affairs. The Part 503 rule, a set of federal guidelines for land application of sludge is a crown example of a regulatory failure resulting in the destruction of our natural environment. All done with the full approval and blessings of the agency founded to protect that environment.

Today, now, is a perfect moment in the political, social and environmental history to correct this environmental mistake of epic proportions. To show that the political right, the conservatives, the Republican government is also pro-environment in a realistic, efficient and economical fashion. That real progress in preserving our natural environment and protecting public health can be done without the usual feel-good, tree-hugging melodrama. And the economy will benefit, too, in this process.

Mr. President Elect – your newly appointed Cabinet needs to tackle this under-reported epic disaster unfolding in a slow-motion all across rural America and transform it into an eco-friendly, profitable enterprise! If you can accomplish that; well – that would be really a very, very beautiful thing and you will go down the history as the most terrific President of this generation.