Prepare for Disasters While Supplies Last 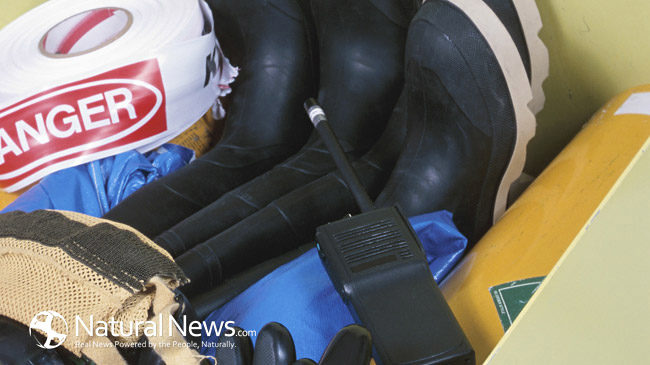 I was going to write about fitness this week. But with the flooding disasters, last week, in Colorado and New Mexico it seemed important to expound on disasters and preparedness, again this week. This was especially important since more hard rains are expected to come here in Texas and other place.

And it isn’t just floods we’re expecting. Hurricane season still has over two months to go. Historically, about half of the worst hurricanes occurr late in the season. At present, tropical storms are threatening the Mexican and Texan Gulf areas with flooding. The potential for disasters in the path of any hurricane or tropical storm is always a threat.

According to Oregon’s emergency management officials Southern Oregon residents can expect a long overdue 9.0 earthquake. Officials are urging residents to prepare for both a powerful earthquake and a tsunami. Officials recommend stocking up on enough supplies to survive two or more weeks without water or electricity. The Oregon Resilience Plan describes a variety of disasters that could happen after a 9.0 earthquake and why they think such a severe quake is possible.

Time to Wake Up

It’s easy to become complacent when you haven’t been affected by any of these disasters. Watching the devastation on the news, even as it unfolds is more like watching a disaster movie than a real event affecting many thousands of people. That is, until it involves you or your family. By then it’s usually too late. So, tune into the Weather Channel and picture yourself in the middle of the flood zone. What would you wish you had to help you get through the next week?

Consider how quickly disasters occur, and how quickly you would be cut off from resources. We’re so accustomed to buying just enough groceries to last until our next shopping trip that we don’t necessarily have a stock of supplies that would carry us through the aftermath of a disaster. And the ones we do have may be perishable, like meat in the freezer or fresh vegetables. They aren’t the things that can sustain us with no electricity, no lights, no communication, no fresh water, heat, air conditioning, shelter, no ways to cook food and no way to escape.

When I say prepare for disasters while supplies last, I’m not promoting a product. I’m emphasizing how quickly store shelves go empty. My daughter reinforced that idea today as she described her efforts to stock up during the current Colorado flooding. She headed to one big-box store but flooding blocked all the roads to that store. Attempting to get to another, she found the bridge to that one was under water with no other access to that store.

She finally stopped at a discount store and was surprised that there were only a few people there. A fortunate choice, since she was able to stock up there. Maybe the lesson, aside from stocking up during good times, is to try the lesser-known stores first. Avoid the crowds and be able to choose better supplies. Disasters don’t leave time for careful shopping. Buy a few items each time you go out.

Later, she called a friend in Loveland to see if she was OK. The friend’s home was high and dry, but all the roads surrounding her were closed. The only store she could get to, a grocery store, was depleted – its shelves were bare. Checking with another friend, she learned that the big-box near her was also cleaned out.

It’s not like the problems stop when the flooding secedes, the rain dries up, or the quaking stops. Disasters live on. The bigger issue is that with roads closed, those store shelves may not get restocked soon. On top of empty shelves, gas stations will close. Either they’ll be sold out, power outages will prevent using the pumps or they’ll be inaccessible due to damage.

One of her friends mentioned that she tried to fill up early and found only one choice, premium gas, had not yet sold out. With all roads closed around her, she was isolated to the few blocks around her home, and couldn’t get to another station.

Evacuation may not be possible when disasters cause road closings. Plan to be stuck in your home, or even in your car or RV. At the very least, plan to be stuck with the supplies you need to survive.

What Should Your Disaster Plan Include?

Start with a survival kit. Include essential consumables: food, water, medications, hygiene items and anything else that you use daily. Supplies for three days per person is minimum. Supplies for two or more weeks is better. If your supplies can last longer than three days you may be in a position to help someone who has no supplies. This isn’t a time to split hairs. Just be generous and willing to share.

A gallon of water per person per day, and water purification tablets in case your clean water reserves run out. Bleach will do, but use only eight drops (1/8 teaspoon) per gallon.

Food should be “ready to eat” like canned beans, fish, meat, vegetables, nuts, canned or dried fruit, peanut butter, food bars, MREs and any foods that don’t need cooking. If you boil water, keep at a rolling boil about 5 minutes. Then cool and store in food grade containers.

Cook and freeze fresh foods, including raw meats and fish already frozen. Once the electricity goes out your foods will stay frozen up to two days. Raw foods will need to be cooked but you may not have a way to cook food. If they’re already cooked, you can just eat them.

A survival kit should contain a fire starter, fuel, and possibly a container if you don’t have a campfire bed. The fire starter can be anything that will make a spark, a lighter, matches, and even a magnifying glass and fuel is anything flammable that will ignite: paper, straw, sterno, cotton balls saturated in Vaseline.

Your medical kit should include at least:

You’ll need some basic utensils to eat with and something to clean them with; a pot to boil water in; a hand operated can opener; a swiss army knife, rope, lighters, batteries, blankets, clothing, a hammer, screwdriver, chisel, or any basic and simple manual tools.

Countless articles have been written about how to prepare a survival kit. Rather than repeat what’s been done so well by others, I’ll give you links. Go now, note these resources, read them then build your own kits.

Sites to help you plan your survival kit:

War and terrorism are probably the worst conceivable disasters. An interesting article by a man who survived the Bosnian War (presumably a true story) is followed by a second article about 35 common excuses people give for not preparing for disasters at http://www.naturalnews.com/040249_Bosnia_preppers_survival_strategies.html. Whether or not this is about a real individual, the content is informative and enlightening. We just aren’t prepared to live in such circumstances, but these are what can happen after any disaster, especially if we don’t have the infrastructure to rebuild quickly.

And If You Are Prepared for Disasters

Recognize that if you have supplies and are surrounded by people who have few or none, you might become a target. Be willing to share, but also be prepared to defend your cache, your person and your family.

There probably will be little or no police protection. If your aftermath continues for any length of time, expect marauders and gangs. For some people, sharing means taking and not giving back.

Be prepared to barter as cash will probably become worthless, and credit cards even less valuable than cash. That means stocking up on little things that people will need, like batteries, lighters, matches or anything they will trade food or other necessities for.

Another important step is to assess your skills. Survival skills are certainly important, but I’m talking about bartering skills and skills you can barter. Can you give valid first aid? Can you fix mechanical things? Can you make or build necessary things? If you can do something that others can’t, you’ll have an honored place in your immediate community, and something of value to trade.

My point is to urge you to step out of your comfort zone far enough to get a taste of how disasters can turn your life upside down. Be mentally and emotionally ready to function if it happens. And make the best preparations you can.

My hope is that planning for disasters will be your biggest waste of time.

We stocked up on products from Wise Foods and MayDay, two of the more reputable suppliers for prepper products. If you never need them for emergency supplies, you can always use them when camping.

As fulltime RVers we make our living teaching RVers how to make theirs. If you have skills and an entrepreneurial spirit, we have lots of resources to help you learn and turn those into an income. If you need some help learning marketable skills, we have plenty of resources for those, too. Please visit us at http://www.adhocgroup.net and see how easy it is to live the RVers life.

Fulltimers in spirit since 1999. We've worked from home since 1977 and have plenty to share about that. As a full timer, the ability to work from wherever we take our RV is a survival tactic. Our travels our funded through writings, Udemy.com courses, Shoestring Startup™ business books, teaching courses in working from home or RV, courses in genealogy, and our affiliate sales of similar materials. Our resource pages are accessible through http://www.adhocgroup.net. Everyone can do something, and we'll help you live healthier by making a living from whatever it is you do, naturally. Full timing was the best decision we ever made. We enjoy a healthier lifestyle and time to give and take according to the opportunities life presents us.