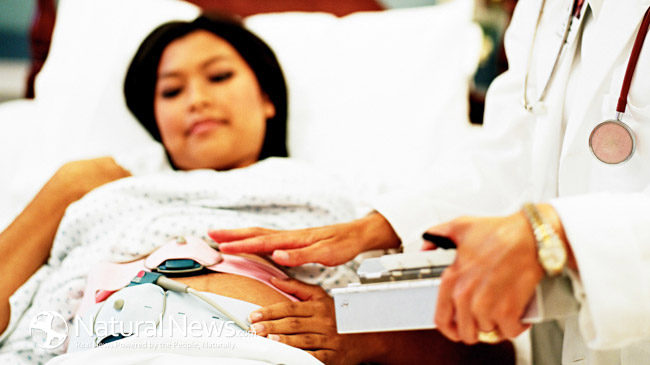 It is not a secret that prenatal selection leads to the eradication of over 90% of unborn babies with Down syndrome. However, it is a secret that killing these babies can lead to serious health complications in women not unlike PTSD-symptoms soldiers face when returning from war.

When Canadian, pro-choice, filmmaker Punam set out on a journey to make an honest movie (Hush) about women’s reproductive health, she never expected to find this: Abortion leads to very serious health problems. Problems include breast cancer, infertility, pre-term birth in future pregnancies, anxiety, depression and even suicide.

Induced abortion more than doubles the risk for breast-cancer

Induced abortion causes a sudden overexposure of estrogen. Studies published in the Lancet and British Journal of Cancer show that these hormonal changes more than double a woman’s risk for developing breast-cancer.

Furthermore, the surgical or vacuum removal of a baby weakens a woman’s cervix and may form scar tissue. This significantly increases the risk of infertility, miscarriage or (extreme) premature birth (before 32 weeks) in future pregnancies. Extreme pre-mature birth in itself is a known cause for breast-cancer.

Selective abortion does not fix problems but creates new ones

The majority of women going through an abortion believe they are responsible for terminating a human life. Feelings of guilt, stress and depression are well-known long-term effects in soldiers who have killed or witnessed murder. It is no surprise that many women also suffer severe and lasting emotional damage after an abortion.

One woman calls the abortion of her unborn son diagnosed with Down syndrome the blackest decision she made in her life. She writes: “I’m going thru hell. But I believe I am not entitled to mourning. I have played a role in the death of my child. To live with that, is the hardest part in this journey.”

In recent years the marketing of prenatal genetic screening tests has intensified. Today’s pregnancy is cast in the illusion of ‘perfection’. Detecting disability in unborn children results in higher numbers of selective abortions. It is a sad irony that in the quest for perfection developmental and health problems may occur more frequent in future pregnancies. This is due to the fact that abortion increases the risk for premature birth.

Women don’t hear about the risks when prenatal screening and selection is offered. Instead they hear outdated, negative predictions about life with Down syndrome. The promise of “peace of mind” lures women into screening. They are made to believe that attacking their own babies for reason of being ‘different’ is a ‘right’ and a ‘freedom’. Some eugenicists even claim women have the ‘moral obligation to abort and try again’.

The truth is that abortion cannot make women un-pregnant. It makes them mothers of dead babies. Mothers who are then left to deal with the mental and physical consequences.

Women should take back their pregnancy

It is time women take back their pregnancies and stop fearing genetic differences. Instead we should fear the marketing of a fictitious perfect world where money, food, health and humans are controlled by a select tight-knit group of people.

The prenatal testing and selection industry is not about women’s rights. It is about women’s suppression as much as it is about eugenics and economics: creating ‘perfect’ humans while maximizing profits for pharma and reducing projected health-care costs for states.

The majority of care-takers are female. Women need extra support when their baby is diagnosed with Down syndrome or another disability. Better information, access to therapeutic programs and improved chances and equality in society helps women and their children. Genetic testing with the intent of selective abortion is not support. It is discriminatory and destroys women’s health.